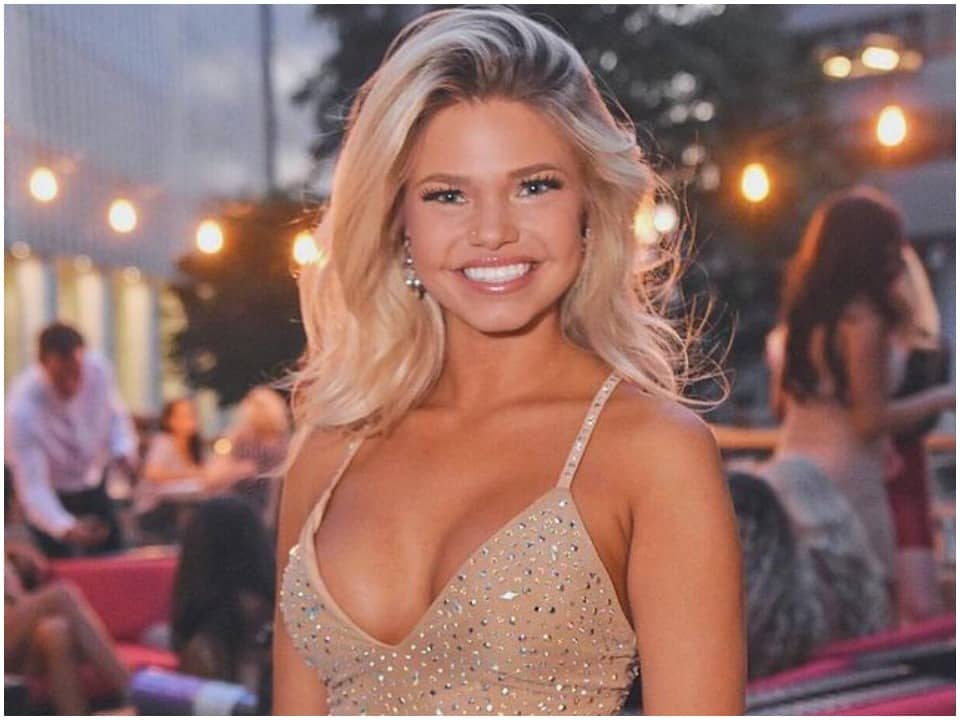 Sydney Raines is an Instagram influencer and model hails from Atlanta. She has been famously gaining a huge fan base on her Instagram page. Sydney flaunts her curves and is known for her astounding pictures and confidence. She is currently in the limelight as her sex tape leaked and also gained a huge following after that when she admitted that it was indeed her in that video.

She was born on November 5, 1998, in Brooks, Georgia. Her parents are Jed Raines and Anissa Raines and she is the youngest in her family. Her siblings are Cole Raines, Amber Raines, and John Raines. She has not shared anything much about her childhood or family. About her education, she attended Whitewater High School, and after graduating, she attended Point University. In August 2018, she joined Gorden State College and she remained a very athletic student in her school days and played volleyball.

About her job, Raines started her first job working for Mike and C’s Family Sports Grill based in Peachtree. She later served as the hostess at the Tomato House at Senoia. After that, Sydney worked for Starr’s Mill Academy. In April 2018, she worked at Fayette Hospital. Like many other beautiful young ladies, Raines wanted to establish a career for herself in social media. And she did. She carved out an impressive page flaunting her curves and is now an Instagram influencer.

Raines is in the headlines as in April 2021 a sex video surfaced featuring her and Dave Portnoy the founder of Barstool Sports. The clip went viral. It was a video from July 2020, which showed Portnoy holding a leash attached to a collar around Sydney’s neck. Raines came to Instagram and admitted that it was her in the video. She posted a statement saying that “she became aware of it by her friends. Some may not approve of the content but it was entirely consensual.”

She added that it was something for private, not for the public eye. And she isn’t going to label that as a mistake. She also added that the video was posted without their awareness and consent and it’s wrong. Sydney isn’t ashamed of what happened and isn’t going to play any victim. She has no regrets and isn’t going to care about what people think. Her friends and family are being supportive of her. She showed her bold side through this. She has been getting both negative and positive comments since this video leaked.

Her Instagram handle has been flooded with people reacting to this. Many are sympathetic and supportive. But there are also many negative and nasty comments, which Raines is not paying any attention to. Some also accused Raines of getting paid by Portnoy which she denied vehemently. Portnoy also reacted to this and said that it’s natural for someone to have sex and it’s dumb to share a video. He also said that everyone’s committing a crime by sharing and watching that video. Stocks have dipped down and Portnoy responded that it’s a dumb reason for stocks to go down.

Sydney Raines is an Instagram model. @sydneyraines is her Instagram handle. She currently has around 16.9k followers and after her recent controversy, she is still gaining many. Sydney isn’t on any other social platforms. She joined Instagram in 2014. She is known for her amazing aesthetic pictures.

If we talk about her relationship status, it’s single according to the resources. She hasn’t revealed if she is currently dating anyone or not. If she is, she is keeping it away from the eyes of the public. She never posted anything on her Instagram page regarding her dating life.

Raine’s net worth is yet to be surfaced. There isn’t much information about her earnings or net worth. As she is a really famous Instagram influencer, she earns a great deal of money through modeling. We wish her a great and successful career ahead.