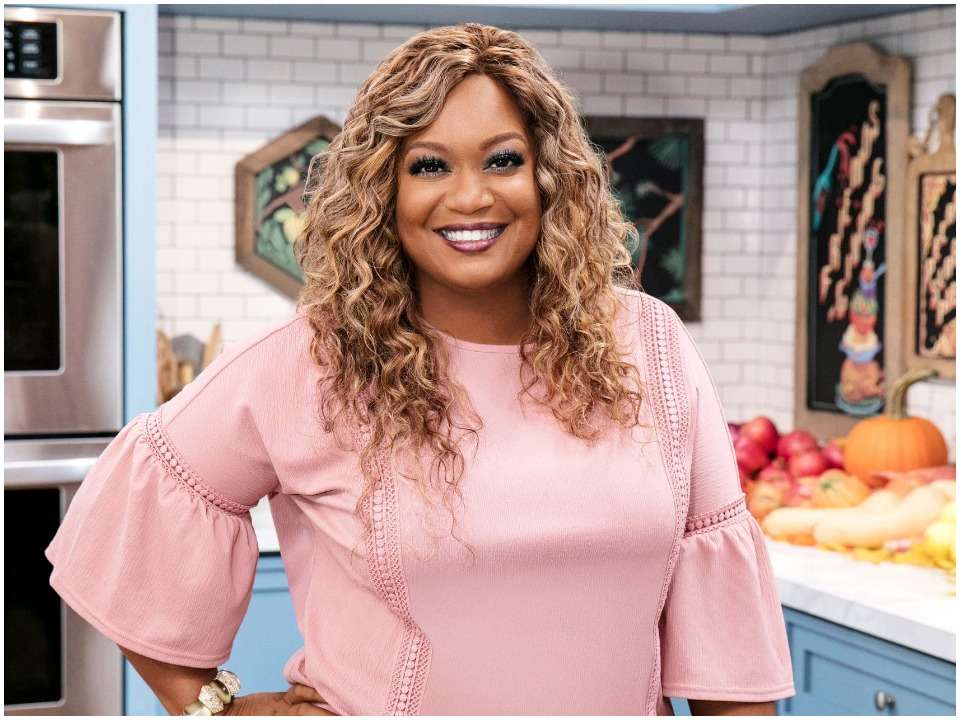 Sunny Anderson is a chef from the United States. She is known for her appearance on the cable network called “Food Network”. In July 2008, she began hosting the show How’d That Get On My Plate?. She is also the host of the most appreciated show called Cooking for Real which she began in April 2008 on the food network program. Sunny also served as the co-host of a food network program called Gotta Get It. The show began in April 2007. She co-hosted the show alongside Marc Istook.

Sunny Anderson was born on 9th April 1975 in Lawton, Oklahoma. She was brought up as an Army brat and was also allowed to travel to the world (to other places or outside Germany). She is a fan of local cuisines adopting new inventions from time to time. This made her parents enthusiastic about food and related things. Sunny went to Madison High School in San Antonio, Texas, to complete her education. Immediately after completing her studies, she became an active member of the United States Air Force in June 1993.

There at the Air Force, she earned the rank of Senior Airman and began working at the position of a military radio host in Seoul, South Korea. Thereafter, she started working for Air Force News Agency radio and television. She worked there from 1993 to 1997 and was honorably discharged from her position in the air force in June 1997. Later, she went to another school in Orleans at Loyola University.

Before landing on the food network channel, Sunny Anderson switched her career lines in different ways. Between 1995 and 2001, she worked for some famous radio channels namely KCJZ and KONO-FM in San Antonio. She later got the opportunity to work with other radio channels including WYLD-FM and KUMX in Fort Polk, WDTJ in Detroit, Michigan, and WJWZ in Montgomery, Alabama. She also started her own work in New Jersey and opened a catering company called Sunny’s Delicious Dishes.

In October 2005, Anderson appeared for the first time on the channel Food Network as a guest on the Emeril Live program. Later she started hosting the most appreciated show called How’d That Get On My Plate? in July 2008. Apart from these most popular appearances, she also worked as a host on other shows on Food Network including Cooking for Real (which she began in April 2008). In April 2007, she began working for another show called Gotta Get It where she served as the co-host along with Marc Istook.

Between 2006 and 2007, Anderson started working for the magazine. She served as the food and lifestyle editor for Hip Hop Weekly magazine. In January 2014, she became the co-host of the Food Network’s series called The Kitchen along with other popular names in the food industry called Geoffrey Zakarian, Jeff Mauro, and Katie Lee, Marcela Valladolid.

As far as Sunny Anderson’s personal life is concerned, she got herself surrounded by many rumors of being attached to different male partners. First, it was rumored in 2013 that she had made her appearance with Chef Aaron Sanchez for a show. The news of her relationship with Chef Aaron Sanchez for a show got spread throughout the whole industry. Later, she denied her relationship with the chef on 17th October 2013 via a Twitter post. Thereafter, Anderson confirmed her relationship in one of her Twitter posts in January 2017. However, she didn’t mention the name of the person.

The relationship didn’t seem to work for a long time because soon after the earlier post she talked about her breakup with her boyfriend. It was merely a period of three months. She expressed her tragic emotions in the post. Thereafter, she confirmed her relationship with a new personality in 2019. But again she didn’t mention the name of the personality. She said in the post that she was happy while being with him although, she didn’t reveal the identity of that person yet again. If we take a look at the present situation then she is single probably because no reports are available of her being in any kind of relationship for quite a long time.

Sunny Anderson is a famous television personality who has made her long journey from being a radio personality to a food network. She also worked as a military radio host. Anderson has gathered a net worth of around $5 million. She first appeared on the food network in 2005 and thereafter maintained her long journey with the channel. Today, she is known for her various shows on the same network.