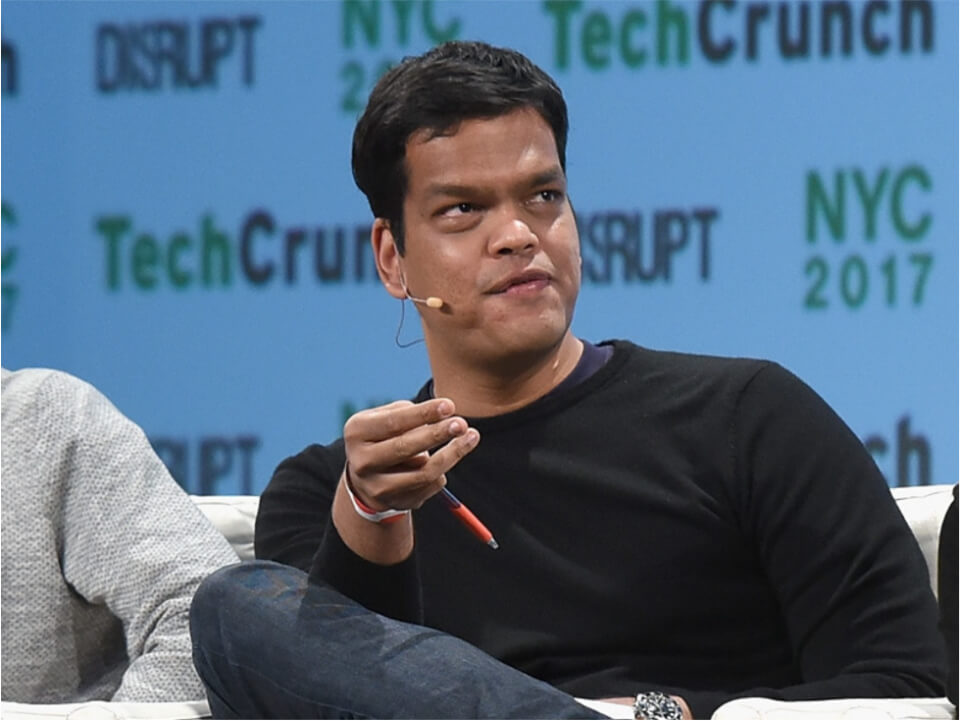 Sriram Krishnan is an American investor, Indian tech engineer, and partner at the venture capital firm Andreessen Horowitz. Earlier, Sriram used to work for leading companies such as – Twitter, Microsoft, Facebook, and Snap. Apart from this, he is an advisor at Calm, Khatabook, Akash Systems, Angellist, and Atlys.

Sriram Krishnan was born in Chennai, India, and also grew up in India as well. He went to Anna University, Chennai, in 2001 to pursue education. He earned his Bachelor’s in IT (Information Technology) from SRM Engineering College in 2005. As far as his family is concerned then his father used to work in an insurance firm while his mother was a housewife.

Sriram began his professional career as a program manager at Microsoft for Visual Studio in 2007. Later, he joined Facebook, where he worked on the project to build the Facebook Audience Network with the help of Google’s ad technologies, a competitive platform worldwide. He also worked at Snap, an American multimedia instant messaging app, where he built the company’s ad tech platform. After that, he joined Twitter in 2017, serving as senior product director and contributing to the core user experience. He drove a 20% annual user growth rate for Twitter and headed the core team. He launched several products, including – redesigned home page and events experience.

Besides working at Twitter, Sriram held managerial positions at Yahoo!, Facebook, and Snap. In 2021, he joined Andreesen Horowitz, founded in 2009. He is a major investor in Clubhouse, a social audio app released in 2020. He is also an investor, including Kearny Jackson, California-based, who focuses on investing in early-stage technology companies. Sriram also serves on the board of companies Hopin, a fully-remote company without any office address, which is valued at about $7.95 billion.

He is a partner at the Silicon Valley investment firm Andreesen Horowitz, also called a16z. In early 2021, Sriram and his wife, Aarthi Ramamurthy, rose to prominence by launching a Clubhouse talk show, “Good Time Show”, that has featured, among others, Elon Musk, Microsoft CEO Steve Ballmer, and Mark Zuckerberg. The Chat show focuses on organic conversations on anything, especially startup companies for venture capitalism and cryptocurrencies. The Chat show helps to interact with a larger community, leading to various latest innovations to allow streaming and replaying of Clubhouse chats. As of December 2021, the show “Good Time Show” gathered nearly 187,000 subscribers, plus 735,000 subscribers afterward. In 2022, the Good Time Show moved to a YouTube channel.

As of 2022, Elon Musk is expected to appoint new product leadership under the social segment- Twitter, including a greater focus on subscriptions, fewer content restrictions, and the possibility of multiple algorithms for different timelines. So Elon Musk has been meeting regularly with David Sacks, a friend from his PayPal days; Jason Calacanis, a friend and investor; and Sriram, a former Twitter executive and current general partner at the venture firm Andreessen Horowitz.

In February 2021, Elon Musk also appeared on Krishnan and Ramamurthy’s influential show on Clubhouse, “The Good Times Show”, which rapidly exceeded the limit of 5,000 simultaneous users. Currently, he invested in Elon Musk’s buyout of the social media company Twitter.

Krishnan is an Indian tech engineer born in Chennai and started working with Elon Musk for Twitter. He is also a partner at the venture capital firm Andreessen Horowitz. It is safe to say that Sriram Krishnan has an estimated net worth of $10 – $12 million in 2022.