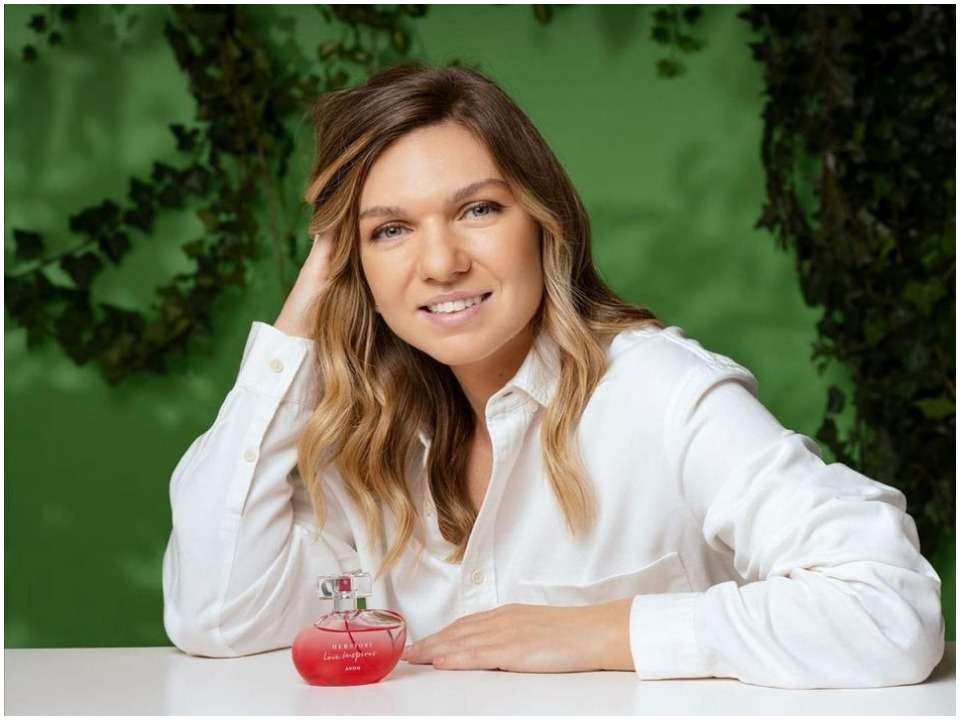 Simona Halep is a Romanian Professional Tennis Player who can play with the right hand as well as a two-handed backhand. In her singles, she has earned a career record of 70.3% and her current ranking is No.18. While in doubles her career record is 49.6% and the highest ranking she achieved was 71. Halep is probably one of the best active female tennis players who has been performing consistently since her arrival on the court. She is standing at the 3rd position in the highest ever WTA Tour career price money and she is still unstoppable to this date. Her career is nothing short of remarkable as she is the first female player from her country to achieve no 1 spot and also won the Wimbledon singles title.

Simona Halep was born on 27th September 1991 in Constanta, Romania. The names of her parents are Tania Halep and Stere Halep and she also has a sibling, Nicole Halep. At the age of 4 years, she began playing tennis and attended one of her brother’s training sessions. Simona has completed her high school education. She has attended Scoala Gimnaziala and Liceul Cu Program Sportiv Nicolae Rotaru. Her focus was to pursue a career in the field of sports. She went to University named Universitatea Ovidius din, Constanta. When she was sixteen, she moved from her family to Bucharest.

Simona began her career at the age of 3 as she was seen playing on the ITF Junior Circuit and was a runner-up at the low-level Grade 4 Mamaia Sen Junior ITF Tournament. In her junior career, she played various matches like US Open, Australia Open, French Open, and Wimbledon. In 2006 she made her professional debut at ITF Women’s Circuit events in Romania. From 2007- 2013 she played various matches and was honored with many titles. She was seen at French Open, Morocco Open, Wimbledon, Torhout Ladies Open, Australia Open,  US Open, Brussels Open, Italian Open, New Haven Open, and many more matches.

She broke the barrier of top 50 in 2011 first and then she went berserk in 2013 as she named a total of six titles to her name in the same calendar year. With this achievement, she became the first female player since Steffi Graf in 1986 and also won the WTA Most Improved Player title at the end of 2014. During the span of four years, she managed to enter the three Grand Slam Finals 2014 French Open, the 2017 French Open, and the 2018 Australian Open but couldn’t win any. Although, she finally broke the curse in French Open 2018 as she won against Sloane Stephens.

In 2014 she was seen at the Australian Open, Qatar Open, Indian Wells Open, Madrid Open, French Open, Wimbledon, US Open, WTA Tour, and many more. At Bucharest Open, she won the event and defeated Roberta Vinci in the final. This helped her rise to No.2 in the World. From 2015- 2019 she won many championship titles.  She was seen at Shenzhen Open, Australia Open, Cincinnati Open, Miami Open, Italian Open, French Open, Stuttgart Open, Canadian Open, India Wells Open, and many more matches.

As Serena Williams was falling out of the top 10 in Wimbledon due to pregnancy, she became the longest-tenured member of the WTA top 10. She became the world no.1 by taking the ranking from Muguruza. Halep has also played various matches nationally. She was seen in Europe and Africa Zone Group 1, Olympics 2012 and 2016. Recently in 2021, she was seen playing at the 2021 National Bank Open, 2021 Western & Southern Open, US Open, and more matches. She has won 13 matches in a row at the Transylvania Open Campaign.

Simona Halep is married to Toni Luruc. Her husband is an Aromanian Businessman. The couple tied a knot on 15th September 2021 in a private wedding ceremony. They like to keep their married life low-key. She also keeps her professional and private life away from the limelight.

Simona Halep has earned a lot as Romania’s No.1 ranked Tennis Player. She has earned prize money worth US$ 37,925,893. According to sources her net worth has been estimated at around $30 million. She also earns through endorsements like Nike, Vodafone Romania, Coca-Cola Romania, Mercedes- Benz Romania, Hublot Watches, Dedeman, Lacoste, and many other sponsorships.