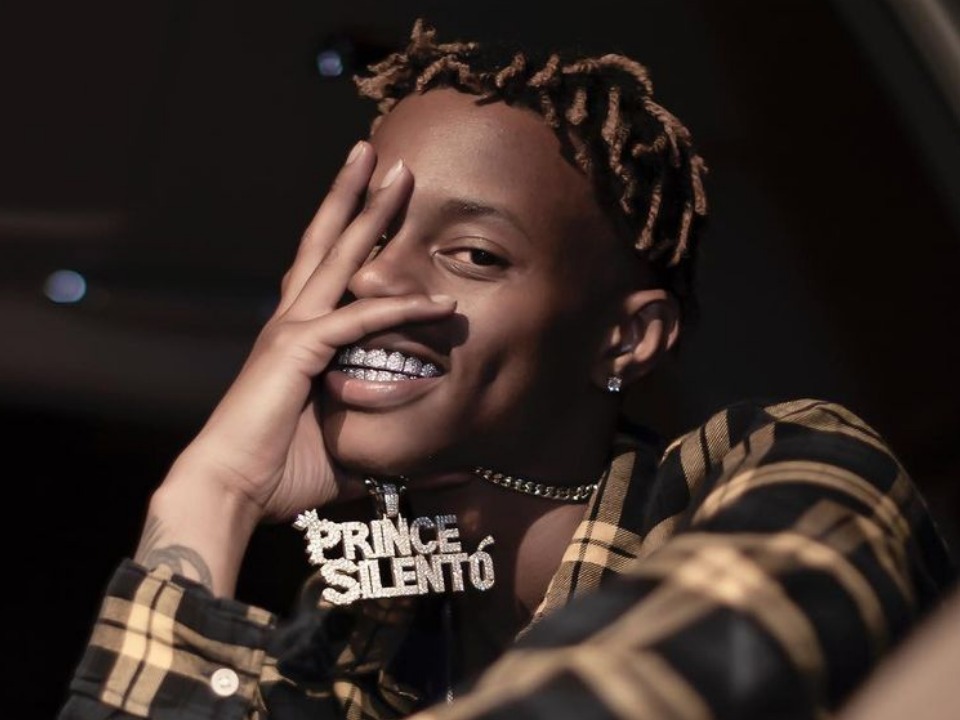 Richard Lamar “Ricky” Hawk was born on January 22, 1998, better known as Silento or Prince Silento, is an American rapper and singer. he is best known for his debut single “Watch Me (Whip/Nae/Nae)”, which charted at number three on the US Billboard Hot 100. He later released a project titled “Fresh Outta High School” in August 2018 after some delay. He is a native of Stone Mountain, Georgia.

Ricky was born in Atlanta, Georgia, USA. His mother is a hardworking woman and works in a departmental store and his father is a storekeeper. His mother, grandmother, and his aunt raised the only child of his parents, Silento. He studied at Redan High School but did not complete his graduation.

Silento released his debut single titled “Watch Me (Whip/Nae/Nae) on January 25, 2015, on YouTube. Within one week of its release, he got over 2.5 Million views. Thanks to the resounding success of this song, Silento was signed to Capitol Records who released the track as a single along with an accompanying music video. The same year, the rapper appeared as a featured artist in the songs “Dessert” and “Lightning in a Bottle”.

Ricky was charged with murder on 1 Feb 2021 for the shooting death of his 34-year-old cousin. Silento was arrested in the suburb of Atlanta; he is being kept in the county jail without bail. He has also been charged with assault on two strangers with a hatchet in Los Angeles. Silento is suspected to have walked into a stranger’s unlocked home and attacked two people before one of them disarmed him. In February 2017, Silento was stopped from leaving the United Arab Emirates over a business dispute. A court ruling issued against him in the city of Al Ain ordered the then-19 year old to pay a local promoter 300,000 dirhams ($81,500) after he did not perform two scheduled shows in Abu Dhabi and Al Ain.

The judgment placed a travel ban on the rapper and ordered him to surrender his passport to the court until the matter was settled. Richard was arrested and accused of driving 143 mph on Interstate 85 in Georgia, authorities said at the time. He was charged with reckless driving, speeding, failure to maintain lane, and improper stopping. Silento reportedly argued with the officer regarding his driving speed after being pulled over and insisted that the officer was making a mistake. He later told the officer that the reason for his speeding was people usually followed him after his events, and he reportedly said that he can go to 143mph because he is not a “regular person”.

He lives with his mother and is single, not much is known about his love life. Silento leads a very normal life and not much information is known suggesting his life is subtle. His parents divorced while he was a child and was raised by his mother, grandmother, and his aunt. Since 8th grade, Silento was interested in Music. He performed his old songs at birthday parties, school events, and TV Shows. Richard Lamar has around 496,000 followers on Instagram and 82.9K followers on Twitter. He is not much active on Facebook.

Richard Lamar net worth in 2021 is estimated to be around $6 Million. The rapper became an instant hit after his song “Watch Me (Whip/Nae/Nae)” released in 2015. The song became a hit in various countries. It landed on the number 3 position in the USA and on number 9 in Australia.  In 2015, he won the Soul Train Music Award for the same.