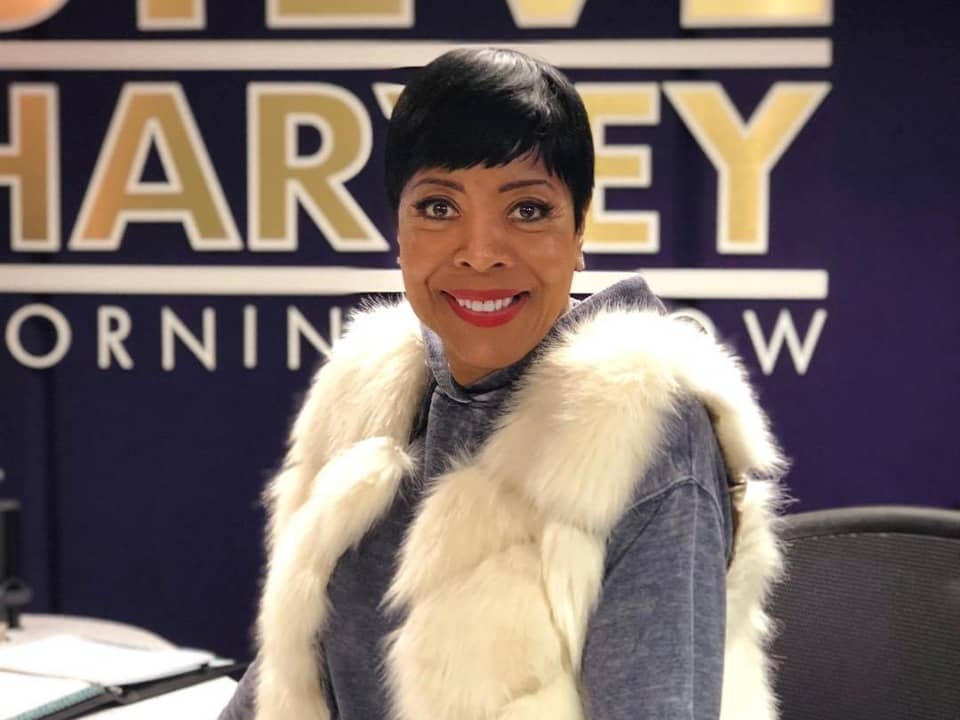 Shirley Strawberry is an American radio host, author, actress, and television personality famously known to be the co-host of the famous morning show “The Steve Harvey Morning Show”. She is also known as a strong woman with strong opinions which she authored in her book The Strawberry letter”.

Shirley was born on 28th July in the 1960s in Chicago, Illinois, USA. She has not shared much about her family and parents but it is known that she was born in a Christian family of African-American ethnicity. Shirley grew up in Chicago loving music and spending most of her time with the radio. She would also imitate women on the radio which later fuelled her passion for becoming a host.

Shirley has not shared much information about her education and qualifications but she is believed to have complete her high school studies at a local school in Chicago. It is not confirmed if she attended any college and has not provided much information but it is believed that she must have studies Broadcasting and Communications.

In the mid-1980s Shirley started her career as a radio host and started working at WCGI-FM as a co-host of the show “The Doug Banks Show”. A few years later, she went on to work at the KKBT-FM as a host. Her career took a sharp turn when she started co-hosting along with Steve Harvey on the Morning Show in the year 2000. She worked there till 2005 until the last episode and it helped her gain a lot of recognition as well as became a rank 1-morning show in Los Angeles.

In 2005, The Steve Harvey Morning Show was relaunched where she again joined in as a co-host. She kept working at the show and gained immense popularity. She used to host a segment on the show called the Strawberry letter podcast where she would talk of real-life issues for women. In 2011, she also authored a book named The Strawberry Letter; Real truth, real advice, because bitterness isn’t sexy based on her segment.

The same year, she also appeared on the American talk show “The Monique Show” for one of the episodes as a guest. she currently has one acting credit under her name for the 2009 film “Madea goes to jail”.  She has constantly been a co-host with Steve Harvey on all his Morning show projects and is also currently his co-host.

Shirley is currently married to her husband Ernesto Williams who owns “Ernesto Cuts” and has experience in the Men’s grooming industry of over 20 years. They two met back in the year 2013 and have been together ever since. Shirley was proposed for marriage live on the radio show in the year 2015 and got married the same year. She is also known to have been in another marriage previously but her ex-husband’s name has not been shared. She had her daughter Sheridan with her ex-husband.

Shirley was involved in a controversy in the year 2017 when there were accusations made against her for not paying the rent of $7500 monthly where she was residing. She was evicted from the house and a suit was filed against her and her husband. She paid some amount after a while and the rest was made a month later after which she left the house. The controversy has now cooled off.

Shirley currently has a following of 308k on her Instagram Account while on her Twitter, she currently has 149k followers. She also has a Facebook page where she has a reach to more than 620k people.

Shirley has spent several decades working as a radio as well as television morning show host and has managed to earn a lot of wealth. She also earns through her book and some acting projects. Her net worth is estimated to be around $5million.

Shirley is one of the most well-known female hosts in the world and is recognized by millions for her work and articulate words. She did not make it big in one go but had to work hard starting from the ground level and has now become one of the most successful women in America. She is a proud and loving mother as well as a wife and loves her career with all her heart. We wish her all the happiness and luck in the future.