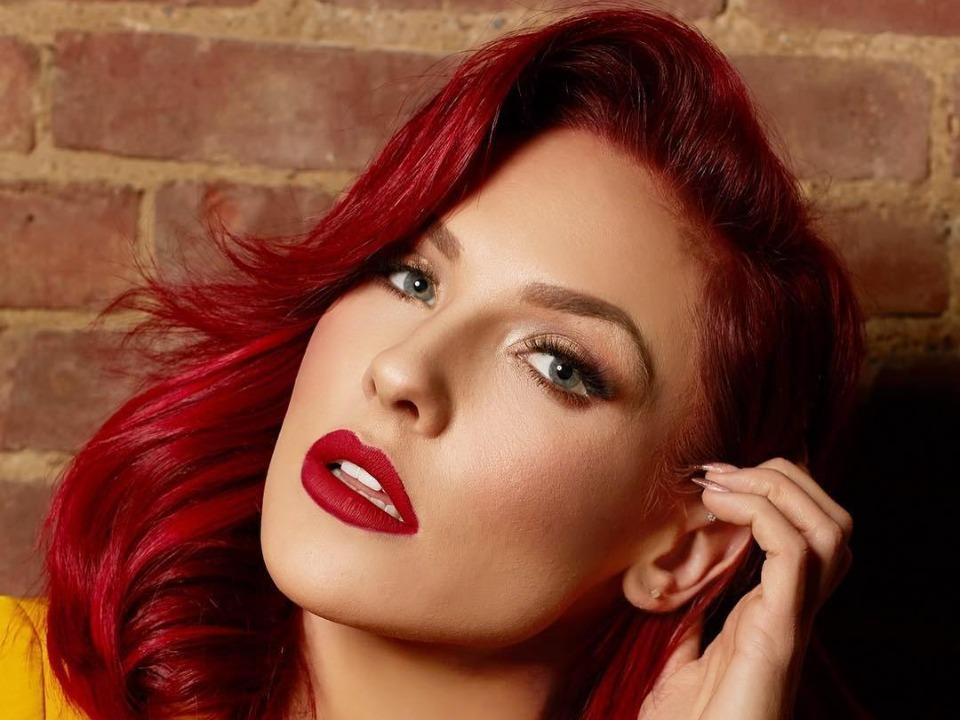 Sharna Burgess is a professional ballroom dancer from Australia. She appears on Dancing with the Stars as a pro dancer. Burges has bagged first place in season 27th of the show. She is also a judge on Australia’s Dancing with the Star since 2019. Sharna Burgess was born on in Wagga Wagga, New South Wales, Australia to father Ray Burgess and mother Lucy Burgess. Sharna is the only child to her parents and describes her childhood as growing up like a tomboy. She used to enjoy climbing trees, shooting guns, and doing all kinds of mischief. Sharna was born and raised in Australia but soon moved to London.

From a very young age, Sharna discovered her love for dance and started to begin her training in ballet, jazz, and gymnastics. By the time she turned 8, she also started to take ballroom classes and began her journey to win many at many competitions held locally and nationally. She explored all different styles of dances and even played several sports. When she was 15 years of age, she represented Australia at the World Championships and performed in the 2000 Summer Olympics closing ceremonies. When she was 18, she moved to London where she bagged titles and featured in many shows. Sharna was also a member of the Floor cast.

She was first seen on television on Australia’s Dancing with the Stars and Belgium and the Netherlands So You Think You Can Dance. She started as a troupe member initially and then jumped to regular pro where was first seen in the 16th season of the show being the partner with Andy Dick in the year 2013. They ended up securing 7th place. Currently, she will also be been seen on season 29 of the show together with Jesse Metcalfe. In the season 27th of the show, Sharna was paired with radio and television personality Bobby Bones. They were constantly saved by the viewers’ vote even though they had low scores from the judges. Eventually, they ended up winning the competition.

Sharna Burgess was in a long-term relationship with her fellow dance partner Paul Kirkland whom she met on the sets of Street Dance 2. The couple started dating in 2010 and were together till 2015. The reason for their separation is not known but -it is quite evident that both of them wanted to focus on their career and self-development. However, in recent events, she was pictured making out with a man, about whom no reports have been made yet.

Sharna Burgess has appeared on 13 seasons of ABC’s Dancing with the Stars as a dancer partner. She is one of the most known professional dancers not only in Australia and America but throughout the world. Her estimated net worth is around $750,000 US Dollars.