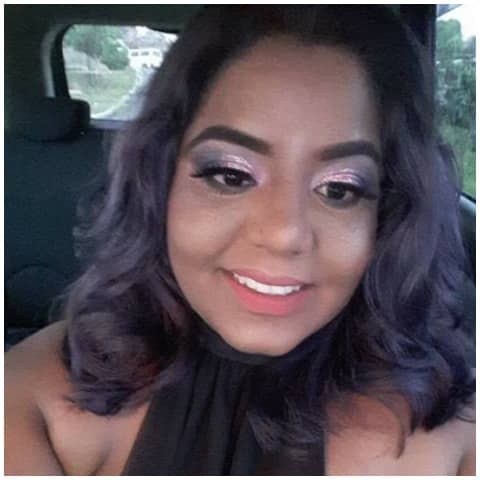 Probably in her mid-30s, Sharlene Rampersad is a Trinidadian reporter. According to her Linkedin profile, she attended Waterloo High School from 2001-05 and went to COSTAATT, and earned an associate degree in journalism in 2014. After graduation, she worked as a freelance journalist in 2014 for Guardian Media Ltd. and now serving as an Investigative Reporter for the GML. She remained a senior reporter in the past where she used to cover news and stories from South and Central Trinidad.

Trinidad born an American rapper named Nicki Minaj has threatened the local journalist for purportedly trying to connect with her family for a story. Minaj has recently been in the news for doing late-night shows and local or international media outlets. She has posted a tweet saying that her cousin’s friend has taken the vaccination of COVID-19 and become impotent and his testicles have become swollen. On the other hand, health minister Terrence Deyalsingh has said that he has wasted time in researching for all these things and has identified no occurrence in the country.

In the series of Instagram pictures that were posted on a story on the Facebook afternoon, Minaj shows the number of screenshots where it was found that someone has messaged her cousin on Whatsapp for the side of the story. It has since been confirmed that the story was being pursued by a journalist named Sharlene Rampersad as confirmed by Guardian Media Ltd.

The message said that “Hi, Good Day. My name is Sharlene Rampersad and I am a reporter with Guardian Media. I was hoping to speak to you about an article. Would that be possible?” Guardian Media Ltd and the outlet have confirmed that she was pursuing the story about Nicki Minaj’s cousin. The screenshots being shown by NickiMinaj have shown a one-sided conversation that appeared to be on the side of Sharlene Rampersad.

In the message, the journalist has tried reaching to Nicki’s cousin to get more information about him and his friend who according to the rapper has been going through the severe side effects of the COVID-19 vaccination. The message reads like, “I know you are hesitant to speak….CNN is in the country looking for you….and when they find you, you won’t hesitate to speak where you live or where your gf lives….if you speak to me, we won’t reveal those details”

In the reply, Nicki wrote the message saying that “In Trinidad harassing my family. I didn’t want to give details but now I will.” She has posted a series of pictures with what appeared to be a calling card on which the contact information and the name of the senior Daily Mail reporter bear. On the other hand, the reporter posted saying that “in Trinidad harassing my family. This is what speaking up looks like. Millions of people are treated this way by the people you think are ‘Good Guys’. This is unconscionable.” She has also pointed Rampersad to say some swear words while revealing the photo and the whole story behind the conversation. Minaj has over 157 million followers on Instagram. She attacked Rampersad on Twitter pointing her out saying that “speak up before I begin”.

All the calls to Rampersad went unanswered. She also appeared to deactivate then activate her account on Twitter. on the other hand, the Media Association of Dr. Sheila Rampersad said that she had only a few screenshots related to the comments after she read all these things. Further, she didn’t provide any comment up to the press time. Fans of the rappers have also posted screenshots and pictures of trying to reach the number being mentioned in Minaj’s post while others posted to reach the email and work address of the journalist.

Minaj has returned later to the post asking why she contacted her family for the story. She told her to control her mouth as she knows what is weighing heavy on her. However, Instagram has removed Minaj’s post saying that it was against the community guidelines. On the other hand, the company Guardian Media Ltd has shown aggression on social media with an intention that intimidates that it can have any adverse or physical, or psychological effect on people. As responsible media, we encourage people to stand against this type of behavior as we foster to create the changes in the global challenge.