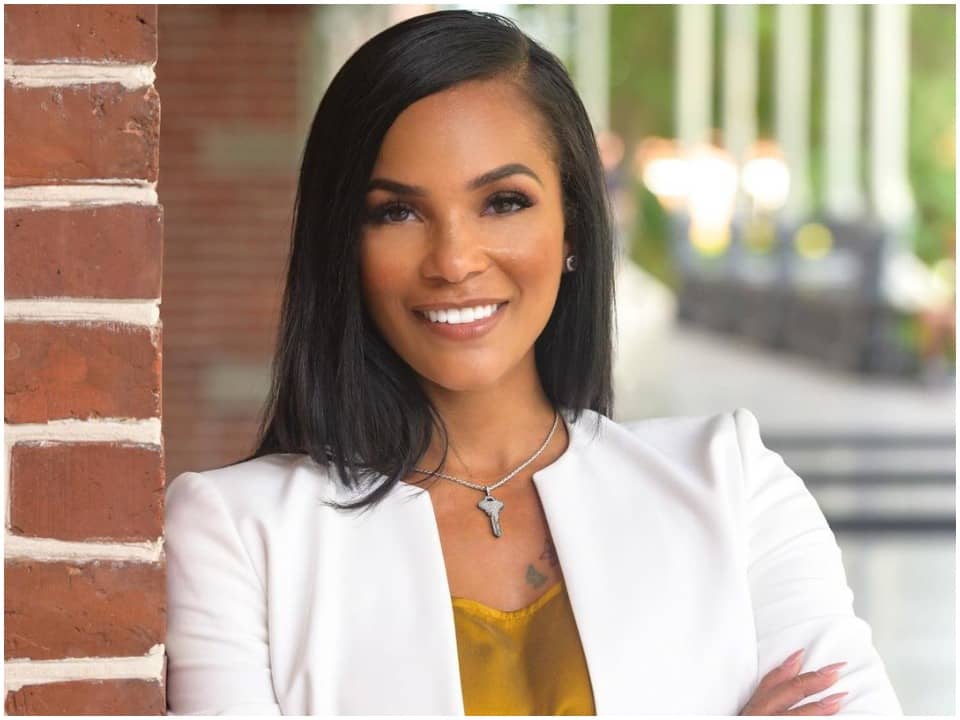 Sharelle Rosado is an American businesswoman and entrepreneur famously known as the CEO of Allure Realty and known for her lead in the real estate industry today. Currently, she is part of the Netflix show Selling Tampa as one of the lead cast members and is well known for her luxury client base.

Sharelle Rosado was born on 16th October 1987 and grew up in Alabama with her mother and two siblings. She grew up in difficult situations and her mother had to work hard to meet the ends. She was always athletic and sporty and grew up in a family of black ethnic backgrounds. Sherelle is believed to have completed her high school education from a local school in Alabama and later for her college; she applied for a scholarship through track and got into the University of Alabama. However, she lost the scholarship after she was impregnated.

Sherelle started her luxury real estate firm in the year 2019 under the name Allure Realty in Tampa bay, Florida. She has employed women of color from various walks of life and has trained them to cater to her high-profile clientele. Her firm worked towards providing professional consultancy and advice to other real estate professionals and makes use of technology and skill towards improving business. She is now coming up with an expansion policy to take her business forward to Miami and Charlotte and also to other military locations. For her revolutionary work in the real estate industry, she has often been feared in newspapers and magazines like ESSENCE, People, Netflix, New York Times, Cosmopolitan, etc.

Formerly, she worked as a paratrooper in the US Army and has been entitled to several acts of bravery and skill. She has joined the army in 2007 at the age of 19 and learned several basic life skills meanwhile. She worked hard towards the empowerment of women in minority and gave her all to public service. Sharelle stayed in the army for 13 years and later went to start her own business. Currently, she is starring in the Netflix original show titled Selling Tampa where she is one of the lead cast members. The show was released recently this week on December 15th, 2021. She has reached out to the producer of the show Selling sunset in Los Angles about making a show set in Tampa Bay and the producers, convinced by the rising luxury real estate market, launched the show.

Sherelle is known to have been a teenage mother and got pregnant with her then-partner during high school. Even though she lost her college scholarship, she did not give up and was determined to give a better life to her child. She gave birth to her firstborn and joined the army. She bought her first home at 22 and settled down. Rosado is currently engaged to NFL player Chad Ochocinco Johnson and the two are currently expecting a baby together. She is settled in Tamba Bay, Florida. Sharelle currently has 147k followers on her Instagram account while on her Twitter handle, she currently has 14k followers since she joined in 2015.

She is known to lead a luxurious and lavish lifestyle which she built through her hard work. Sharelle Rosado earned a lot about money management during her days at the Army and thus managed to plan out her life well. She majorly earned her earnings from her job at the army prior to 2019 and later through her real estate firm. Her net worth as of 2021 is estimated to be at least around $6 million.