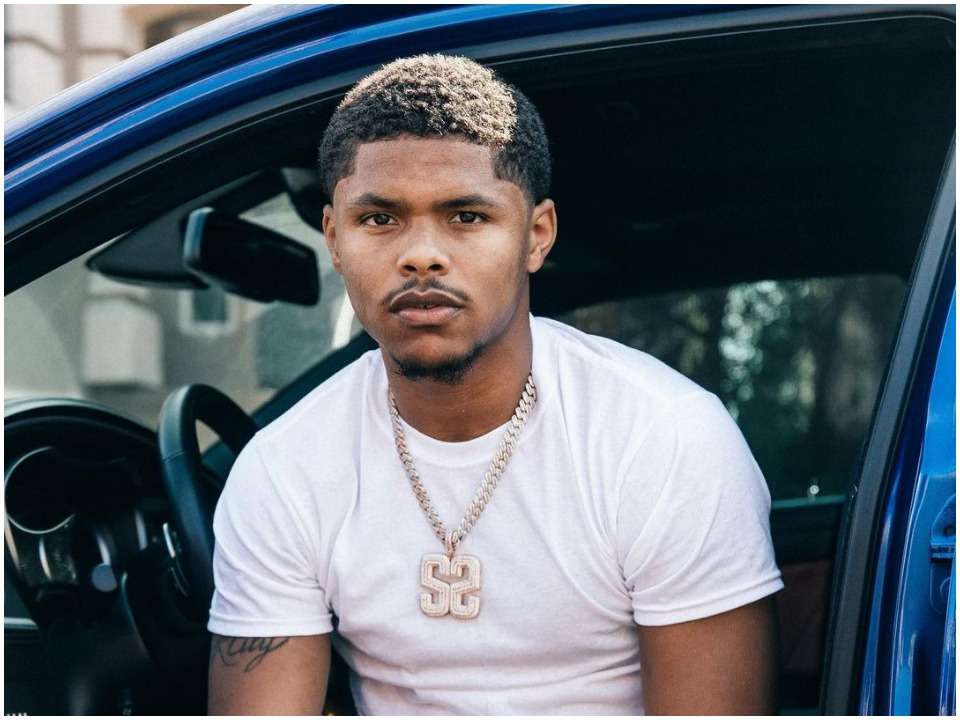 Shakur Stevenson is an American personality who is a boxer by profession. He has earned the world championship title in two weight classes namely WBO Junior Lightweight and WBO Featherweight. As an amateur, he presented the United States at the Summer Olympics 2016 and won the silver medal in the bantamweight division. As of October 2021, he has earned the honor of being called the world’s best junior lightweight by ESPN, The Ring Magazine, and the Transnational Boxing Rankings Board.

Shakur Stevenson was born on 28th June 1997 making him 25 years old, is currently a native of Newark, New Jersey. He is one of the oldest children born to his mother out of nine children, and some are being shared with his biological father who had no role in Shakur’s life. Shakur’s mother’s name is Malikah Stevenson and his stepfather’s name is Shahid Guyton, whereas his biological father’s name is not known but one thing is certain about him is that he was of Puerto Rican descent. Shakur took boxing as the option for his professional life at the age of 5 under the guidance of his grandfather Wali Moses. Shakur often states that Andre Ward is the one who influenced him since childhood to stay committed to boxing.

Shakur Stevenson was very bright and focused since his childhood to achieve a meaningful boxing life. Indeed, he was successful in his youth level, where he won various youth championship titles including the 2014 AIBA Youth World Championships, 2014 Summer Youth Olympics, and the Senior U.S. Olympic Trials, and became the highest medaling male boxer for the United States. In 2015, he won the title of Senior U.S Olympics Trial and qualified for the U.S. boxing team at the 201`6 Summer Olympics in Rio de Janeiro, where he won the silver medal and lost the gold medal to Cuba personality Robeisy Ramirez.

Shakur Stevenson took the path of professionalism in 2017 when he first signed a promotional contract with Top Rank and made a contractual deal with Andre Ward, assigning him as his manager. Shakur showed his quirkiness, punching skills, and quick actions when he won the title of his first fight against the American boxer Edgar Brito.

Shakur’s first super featherweight fight was against Toka Khan Clary on 12th December 2020. He defeated Clary and won the fight by a huge margin on the scorecards with a total scoring of 100-90 and victory in his hands. Later on 23rd October 2021, Shakur won the WBO junior lightweight championship in Atlanta, Georgia. It was a one-way performance that saw Shakur Stevenson with remarkable victory and high hand speed. With this performance, Shakur became a two-division world champion and he went to defeat Herring in the tenth round in the technical knockout after being ahead of him in all three judges’ decisions.

Shakur Stevenson and his fellow boxer, David Grayton were once involved in an altercation in a South Beach parking garage. The two boxers, who commented on the group of people in a parking garage, got involved in an altercation and were arrested on 1st July 2018. However, later on, 18th June 2019, Shakur agreed to the deal and got cleared in terms of all charges made against him after he opted for one-year probation and 50 hours of community service. However, he already had the payment of medical expenses cleared to the victim.

To date, Shakur is known to have two girlfriends which came soon into the public eyes after his commitments. He had a relationship with Jajaira Gonzalez, who is the sister of one of his opponents Joet Gonzalez, with whom he fought and won while holding the WBC Featherweight belt. Jajaira Gonzalez is herself not a stranger to sports like boxing. She has remained a youth Olympics gold medalist in the field of boxing. The couple met each other at the event of the Junior World Team Open in 2013. Next, Shakur had another relationship with Michelle Ragston, who belongs to Houston, Texas, and is best known for her rapping style and being a top musician plus online personality.  It is not known when Shakur and Michelle met each other, however, they certainly got involved in a romantic relationship back in October/November 2020.

Shakur Stevenson’s estimated net worth is somewhere around $3 million and most of his earnings come primarily from boxing. He had his fight with Felix Caraballo, where he won and earned the prize money of $450,000. Other earnings of Shakur include $150,000 for his fight against Joet Gonzalez. His net worth is as high as $3 million and as low as $970,000.