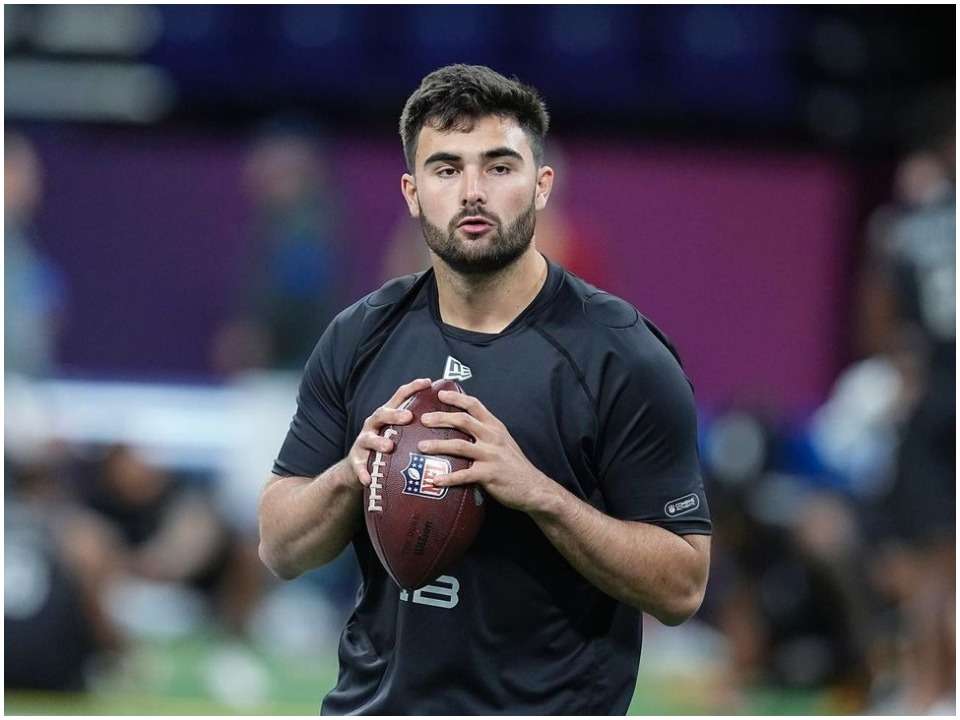 Sam Howell is an American personality who is committed to playing football in the position of quarterback. He played college football for the North Carolina Tar Heels and is the recipient of many records for his team including the most passing yards of his career 10,283, a total of 109 touchdowns, 92 touchdown passes, and 38 single-season touchdown passes.

Howell entered his true freshman season after he competed with redshirt freshman Jace Ruder and Cade Fortin and won the position of quarterback. He won his job responsibilities in the training camp and thereby became the first true freshman to begin within the season-opening game for Tar Heels. He first made his debut with the Tar Heel while standing against South Carolina. Howell went to complete his true freshman season with 234 out of 388 attempts for 3,347 yards and 35 touchdowns, including 7 interceptions for the regular season. He was honored with the Military Bowl MVP for his performance, where he had a two-yard touchdown reception on a trick play. Howell made 38 touchdown passes which made another record for the season 2019 both at Carolina and at the FBS level for any true freshman quarterback.

While going into his sophomore season, Howell received a lot of national recognition. He started the season a bit slow while playing against the teams like Syracuse and Boston College but later set a hit on his career with 443 passing yards in 44-41 with a loss against Virginia. But, his performance made him earn the honor of ACC Player of the Week. After playing another two games, Howell stood against Wake Forest, where he broke the multiple records and set another career-high passing yard for the Tar Heels with 59-53 and a victory for the Tar Heels. Howell’s performance in the campaign 2020 met him with many breaking records which affected his career and made him gain media attention. This made him win another honor of Second-team All-ACC honors in the process.

Much like his sophomore season, Howell received public praise for his junior campaign, where he had another record-breaking series, garnering him the speculation about his entrance to NFL Draft. After the speculation made the media attention, Howell answered the questions and denied the rumors that he was not now thinking of making his NFL entry for the season through one of his tweets. Rather, he would try to play another game with the team instead of making his NFL draft.

After making projections for NFL Draft 2022, North Carolina Tar Heels’ record-breaker, Sam Howell dropped out of the first three rounds. The Saturday evening (30 April 2022) would see the drafts from rounds 4 to 7. Many players like Howell are yet to be selected through NFL Draft 2022 and it would be interesting to see which one would be ordered out of the board.

Sam Howell is recently trying for his entry to NFL Draft 2022 and is yet to appear for the selection. For the moment, he is not committed to any girl nor is he seen with any mate while being available for the games. Reportedly, he is single and prefers to keep his status private from the public’s view.

Sam Howell is now 22 years old and has won many records for his team Tar Heels. With his continuous hard work and playing capacity, he has witnessed himself the winning of various records, including Second-team All-ACC (2020), Third-team All-ACC (2019), ACC Rookie of the Year (2019), ACC Offensive Rookie of the Year (2019), USA Today Freshman All-American (2019), and Military Bowl MVP (2019). He is yet to be drafted by the NFL draft 2022, and the speculation is that he will surely win a place.