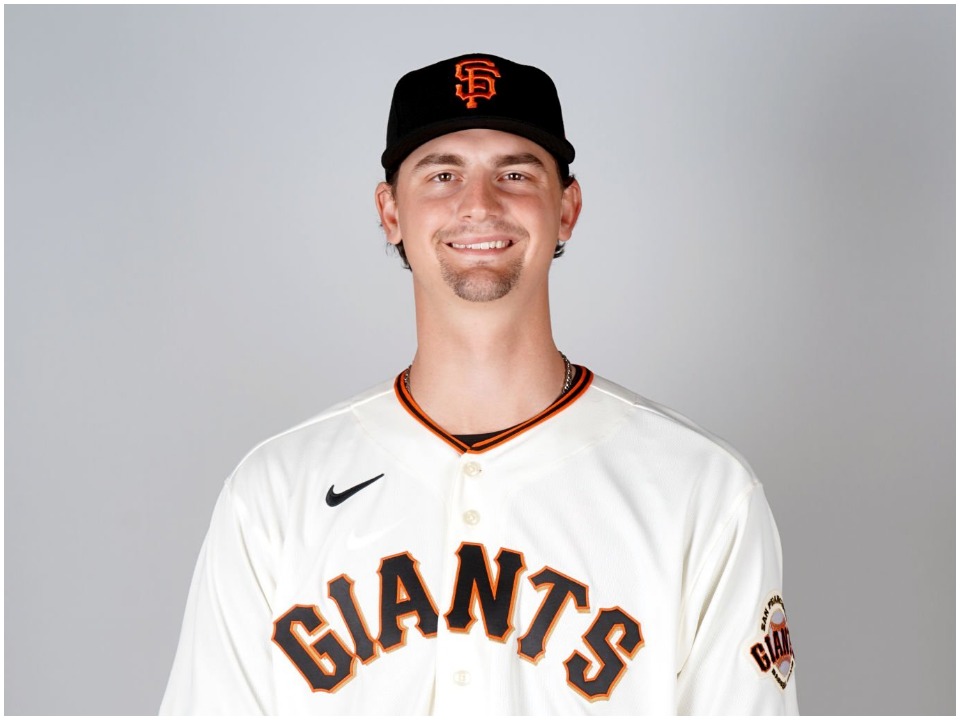 Sean Hjelle is an American Professional Baseball player who plays as a pitcher and bats & throws with his right hand. Previously he played for the University of Kentucky baseball team Kentucky Wildcats. Recently on 6th May 2022, he made his MLB debut with San Francisco Giants where his side lost the match against the Cardinals.

Sean Hjelle was born on 7th May 1997 in Fridley, Minnesota, United States. The names of her parents are Mark Hjelle and Sue Hjelle. He has two sisters whose names are Mara and Erica. His nickname is Jelly. At a young age, he actively participated in and played various sports like basketball and baseball. He also had loving and supporting parents. Sean has completed her high school education at Mahtomedi High School located in Minnesota, United States.  Later for his higher studies, he enrolled himself at the University of Kentucky. Over there he professionally played college baseball for their team named Kentucky Wildcats.

In high school, he played baseball as a pitcher and threw a two-seam fastball, a changeup, and a cutter. But simultaneously he was also playing basketball. So in his college career, in 2017 as a sophomore he scored a 3.17 earned run average in the regular season, and a 1.90 ERA in SEC games.  Next year as a junior he was in 15 games and scored a 3.44 ERA. In 2018 he was selected 45th overall in the second round by San Francisco Giants.

He spent this season with Salem Keizer Volcanoes and scored a 5.06 ERA where he started in 12 games. Next year he started this season with Augusta Green Jackets of Class A South Atlantic League. Later in May he was promoted to Class A-Advanced San Jose Giants and in August to Richmond Flying Squirrels of Class AA Eastern League. Playing from three clubs, he made 28 starts and scored 7-9 with a 3.32 ERA overall. In 2021 he played for Sacramento River Cats of Class AAA Pacific Coast League and also started season 2022 with them and made his debut for the Giants against the Cardinals.

As far as his social engagements are concerned, then he is an active user of Instagram. He has 4,355 followers and 988 followings. His feed is filled with pictures and videos of his family and babies. He also posts pictures with his fellow team members and friends and also shares post-game memories as well.

Sean is currently married to Caroline. The information about Caroline has not been shared with the media yet. It seems they like to be away from the limelight. She has been spotted cheering and supporting Sean during matches. The couple is also blessed with two children whose names are George and Emmett Ira Hjelle. They are very low-key and enjoy spending time together with their children.

Sean Hjelle has earned mainly from his baseball career. He signed for a $1.5 million signing bonus in the MLB draft. The exact information about his annual income has not been shared with the media yet. According to sources his net worth has been estimated at around $1.5 million. He might also earn from various brand endorsement deals.