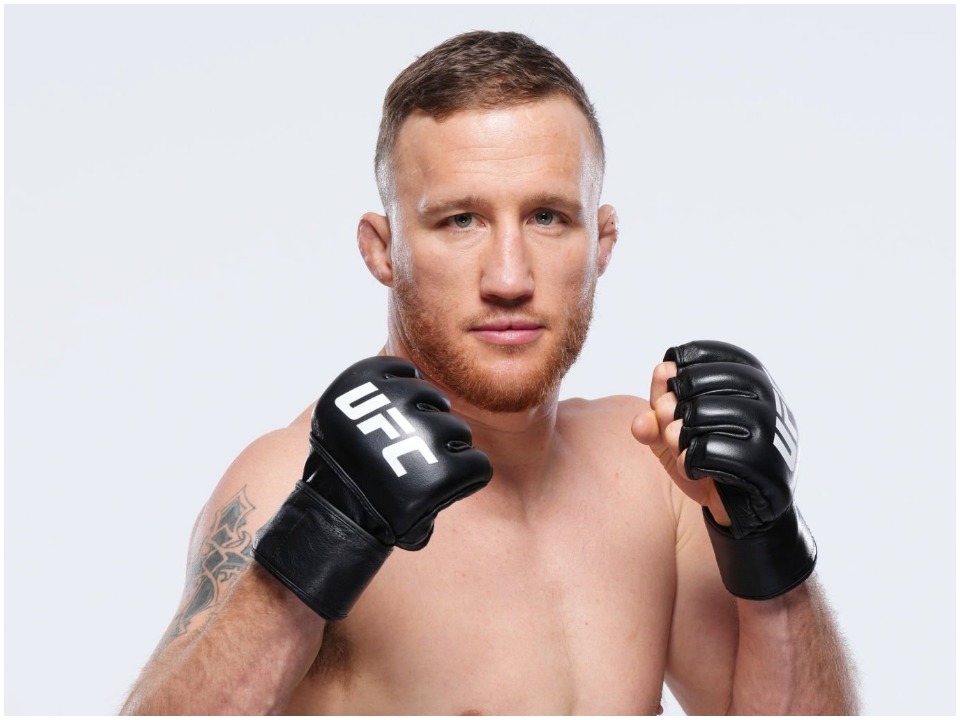 Justin Gaethje is a professional MMA fighter from the United States. Currently, he is a competitor in the Ultimate Fighting Championship’s Lightweight category (UFC). He was once an Interim UFC Lightweight Champion and he is all set to face off against Charles Oliveira at UFC 274.

Justin Gaethje was born on the date November 14, 1988. His birthplace is in Safford, Arizona. His mother, Carolina, is of Mexican descent from Sonora, Mexico, and his father, John Ray Gaethje, is German. Both of his grandfathers worked as copper miners, while his mother worked as a postmistress. Justin completed his high school education at Safford High School and later went to the University of Northern Colorado to obtain further education. He was a wrestler during his high school years and competed in a variety of tournaments.

Justin began wrestling when he was four years old. He was chosen to the Western Wrestling All-Conference First Team after finishing the season with a 14–4 record. Gaethje signed with the World Series of Fighting on December 2, 2012, and made his debut against Gesias Cavalcante at WSOF 2 on March 23, 2013, winning by TKO in the first round by a gash above Cavalcante’s left eye just after the opening. He declared on May 4, 2017, that he had vacated his WSOF championship and has signed a contract with the Ultimate Fighting Championship. Gaethje used a combination of punches and knees to win the back-and-forth bout via TKO in the second round. On April 6, it was revealed that Gaethje would fill in for Tony Ferguson for the interim UFC Lightweight Championship on April 18 at UFC 249.

However, UFC president Dana White confirmed on April 9 that the event had been postponed and that the fight would now take place on May 9, 2020. Gaethje controlled the bout, stopping Ferguson in the fifth round via TKO to halt Ferguson’s 12-fight winning streak. He also kept his bonus award streak going, winning Fight of the Night and Performance of the Night.

“I’ve been wrestling my whole life,” Gaethje said after his 2018 loss to Poirier when asked why he didn’t use his wrestling in the fight. I believe I over-sold myself on the notion that this isn’t wrestling. I’d rather be exhausted from fighting than wrestling if I’m going to get fatigued. That’s why I’ve always avoided wrestling. But I did so much cardio this camp that turning it into a wrestling bout would not have been an issue for me, but I just can’t do it; On 7 May 2022, he would be competing with Charles to defend his second title at UFC 274 main event.

Justin Gaethje has kept his personal life a well-guarded secret. He prefers to be alone and besides he doesn’t want any kind of hurdles to achieve his goals. He is completely focused on his future battles and has been practicing a lot recently in order to give his best performance in the ring.

Justin Gaehtje is worth $4 million dollars in total. He earns this amount entirely by his dedication, talent, and hard work. He spends his time acquiring new skills and honing his existing ones so that he is unbeatable in the ring.