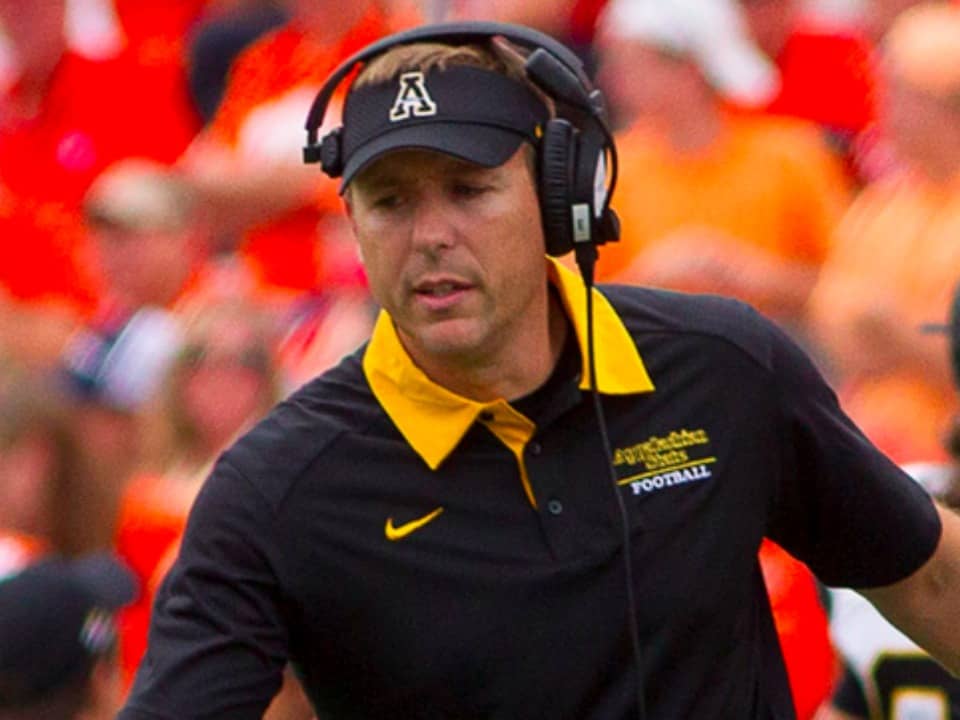 Scott Satterfield is an American Football coach and former player. Currently, he is heading the team at the University of Louisville. Previous to this coaching, he was headed as the football coach at Appalachian State University from 2013 to 2018.

Scott Satterfield was born on 21st December 1972 in Hillsborough, North Carolina, USA. He attended Appalachian State University in 1996 and attained a degree in physical education. Scott was a very hard-working lad in his childhood because his father owned a paving company where he used to shovel in the blistering summer. It was his father who inspired him that if he could handle the heat, then football would be easy for him. After finishing his graduation, he used to sell insurance for his wife’s father in Spruce Pine for almost a year.

Earlier Satterfield spent many years while playing football. He played quarterback for Orange High School from 1989 to 1991. He went to Appalachian State and be there from 1991 to 1996 and started 27 games at quarterback from 1992 to 1995 under the coaching head of Jerry Moore. In 1995, he played as a senior and entered the quarter-final of NCAA Division I-AA playoffs where his team lost to Stephen F. Austin State University. As a senior team member, he earned the title of first-team all-conference honors.

Fredric Scott Satterfield played an important role in the Appalachian State University and served the transition from Power-I to spread-formation offense. He joined the Appalachian staff as a receiver coach in 1998. Scott served as the primary signal-caller from 2004 to 2009 directing the team with consistency and con tenuously making a consistent ranking in the top 10 among the different NCAA I_AA categories. He spent one year at the University of Toledo and prepared the students with quarterback coaching. Further, he spent two years at Florida International University as an offensive coordinator before returning to his alma mater in 2012. After Jerry Moore who was retained as the head coach in 2012, Satterfield was promoted to head coach there in the university.

Satterfield is a native of Hillsborough, NC, who is married to Beth Burleson (a star of the Appalachian State track team in the mid-nineties). They together have been living a happy and ordinary lifestyle with their kids. Satterfield is not the only one in the family with an athletic background, his wife Beth used to be on the state track and was on the field team during the early ’90s. Satterfield and Beth together have three children. One is Alli (14) who is a girl and the other two are boys named Bryce (16) and Issac (15). Bryce and Issac both are football players at Watauga High School. Bryce has been playing as a member of the 2020 class and possesses a recruiting profile in the 247 sports database. On the other hand, their young girl child named Alli is a volleyball player.

Prior to the 2018 season, Satterfield was acquired by agent Jimmy Sexton who represented many college football coaches and was also paid as the highest football coach. He represented many players ranking among the top NFL players and at one point, he was one of the top-ranking agents and was the agent for 12 out of 14 coaches in the SEC.

This move of Satterfield paid him well with the new contract in September. His new deal made him a payout that was equal to the current contract base salary which was $425,000 from now to the year 2023. He was said to pay roughly an amount of $712,500 in 2018 including all bonuses and incentives.