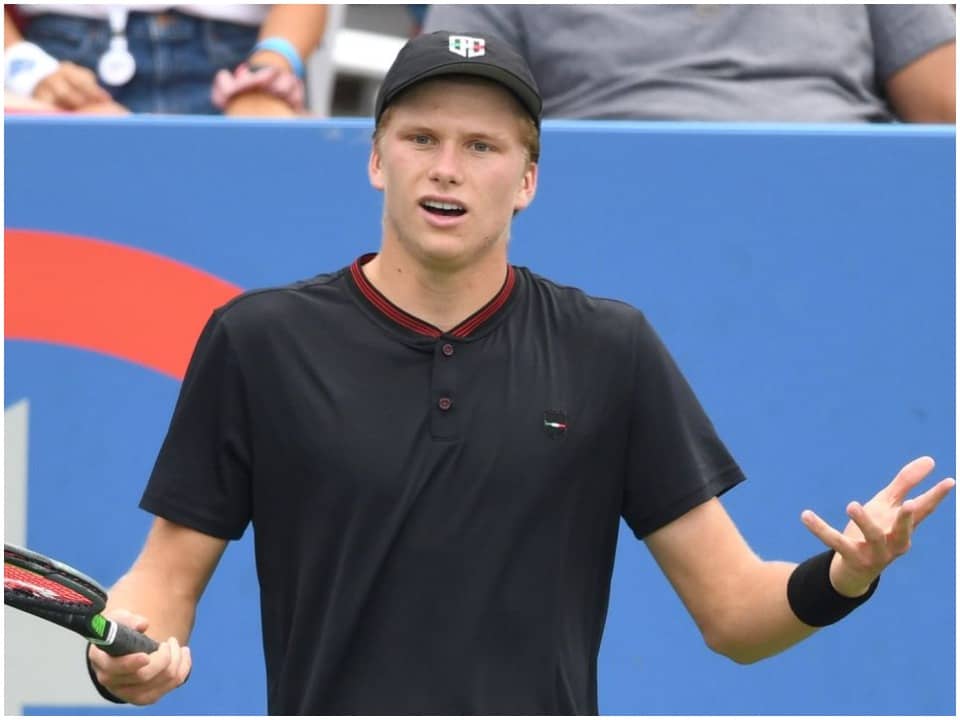 Jenson Brooksby, in full Jenson Tyler Brooksby, is an American professional tennis player. He has attained the high ranking of world number 99 in singles on 9th August 2021. His life is going to be changed forever as he will enter with all the passion and energy against Novak Djokovic in the Round of 16 tomorrow.

Jenson Brooksby was born on 26th October 2000 in Sacramento, California thus his age is 20 years at the moment. Jenson Brooksby is the only child of his parents who named Glen and Tania Brooksby. Brooksby registered himself at Baylor University to play college tennis games. He has made a huge journey from her childhood age to being adulthood age. He has received lots of titles and many more to attain in the forthcoming events. Here is the complete journey of Jenson starting from early 2018 to 2021.

At the starting of 2021, Jenson won the three titles and trophies for the tennis tournaments named Potchefstroom-2, Orlando-1, and Tallahassee. On 14th June 2021, he made his debut and entered the top ranking of 150 members by reaching the high career of the world number 149. He made his debut in many of the games. First, he reached the ATP tour final at the Hall of Fame Open 2021 in Newport where he defeated others and became the second player to reach the final in the 45-year tournament history. He lost the final game to Kevin Anderson who was made at the 8th seed. The results raised the career-high rank of Jenson and he reached the number 126 on 19th July 2021.

On 9th August 2021, Jenson entered into the list of world ranking while being at the number 99. At the 2021 Citi Open, he stood against the 2nd seed and 15th seed players named Felix Auger to advance his first ATP-500 level quarterfinal. He beat John Millman to enter his ATP 500 semifinal where he lost the game to 5th seed Jannik Sinner. As a result, he earned the ranking of 99 and entered the top 100 for the first time. The following week, Jenson made his debut to enter ATP 1000 with his participation in the 2021 National Bank Open but later lost the game in the first round. Being aged 20, Jenson became the youngest American to reach the US Open fourth round after a 20-year-old man named Andy Roddick did so in 2002.

Jenson is a young man who has named himself in the top career-high ranking of top 100. He started playing tennis merely at the age of four. Furthermore, he started playing related games to make an eventually strong career for him. Moreover, there is a lot of speculation about whom Jenson is dating. At this point of his career, he has not revealed any name with whom he is spending his dating life or who is his girlfriend. He is very private about his relationships and has not revealed anything about his love life on public platforms or social media websites. Jenson is single and is supposed to focus on his tennis career. Moreover, 2021 has been a breakthrough career year for his best performances and ranking achievements.

He is still in the early phase of his career but surely is making a name for himself by competing in world-class tournaments ad winning them as well. Jenson Brooksby is estimated to earn around $1-10 million. He lives a happy above-average lifestyle with his parents and other family members.