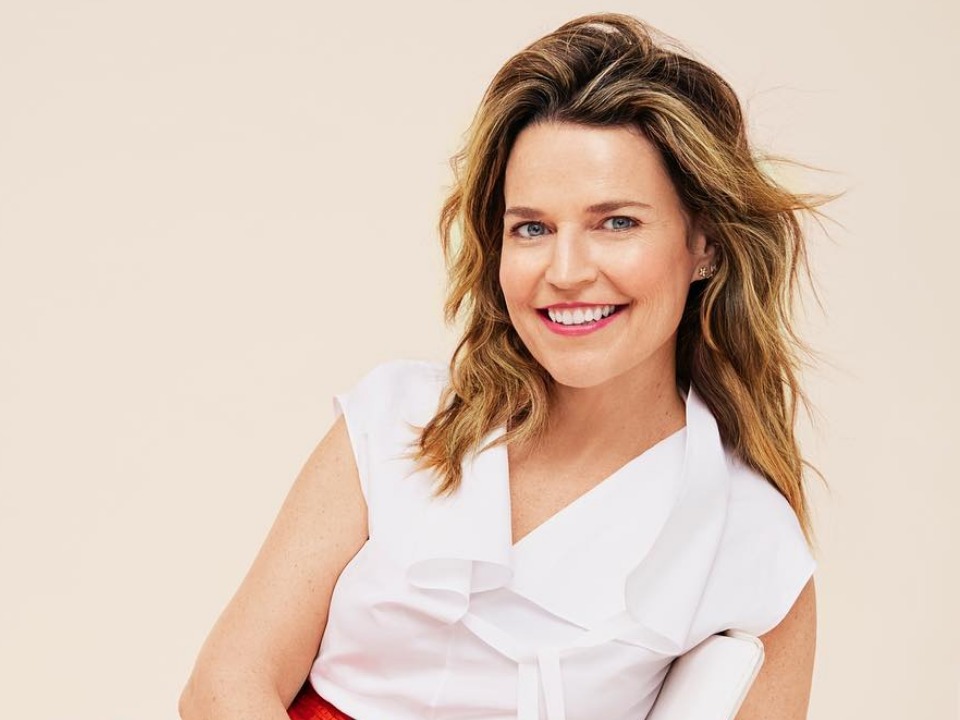 Savannah Guthrie spent almost nine years in the field of anchoring and probably she is one of the most talked-about hosts in the county at the moment. Apart from this, she is an attorney and broadcast journalist as well as the main co-anchor of the NBC News morning show Today. She is also an actress and a writer and is known for 30 Rock and 1600 Penn.

Savannah Guthrie was named after her great-grandmother and was born on 17th December 1971, in the city of Melbourne in Australia. Her father was stationed for work here, after two years, her family returned to the United States and moved to the city of Tucson, Arizona where she grew up. Her parents’ names are Charles Guthrie and Nancy Guthrie and she grew up with Annie Guthrie and Camron Guthrie, her siblings.

Savannah got her first job in broadcasting when she was with the ABC affiliate KMIZ in Columbia, Missouri. Here, she worked for about two years before she returned to Tucson and got a job with an NBC affiliate KVOA in the year 1995. After working for five years in KVOA, she took up a job at the WRC-TV, Washington, D.C., where she covered major stories. She, later on, became a member of the bars of the District of Columbia and Arizona as she scored first place in the Arizona Bar Exam, she was also a member of the Order of the Coif and got the International Academy of Trial Lawyers Student Advocacy award for her work.

She worked for a law firm called Akin Gump Strauss Hauer & Feld where she was serving as a litigation associate who specialized in white-collar criminal defense. In the year 2004, she became a national trial correspondent for the CourtTV and covered high-profile legal proceedings. Recently, she started to host one of the most popular shows in the USA “Jeopardy” as the guest host and will try to gain the trust of the audience. Viewers are desperate that the show creator should select a permanent host for the show but after the death of Alex Trebek, it seems kind of difficult to fill in his place.

Even though she’s a really popular journalist and attorney figure, she has managed to keep her profile and career pretty clean and has excluded indulging her name in any controversies, scandals, or rumors. Savannah has supported various platforms and contributed to various NGOs and charity funds such as Autism Speaks, Bill and Melinda Gates Foundation, Food Bank for New York City, Roger Federer Foundation, Save the Children, The Miami Project, United Nations Foundation, and Buoniconti Fund to Cure Paralysis.

In December 2005, Savannah started dating Mark Orchard who is a BBC News presenter, and got engaged but later in 2009, they divorced. She started dating Michael Feldman in late 2009 and in 2013 they got engaged. They got married on 15th March 2014, in Tucson. Savannah gave birth to her first child, Vale Guthrie Feldman, on August 13, 2014. On December 8th, 2016, the couple had another child, Charles Max Feldman.

Savannah’s total assets and net worth amount to over 20 million dollars. Her earnings and income come from her career as a broadcast journalist and an attorney. As she rises to fame, her net worth will only surge higher.