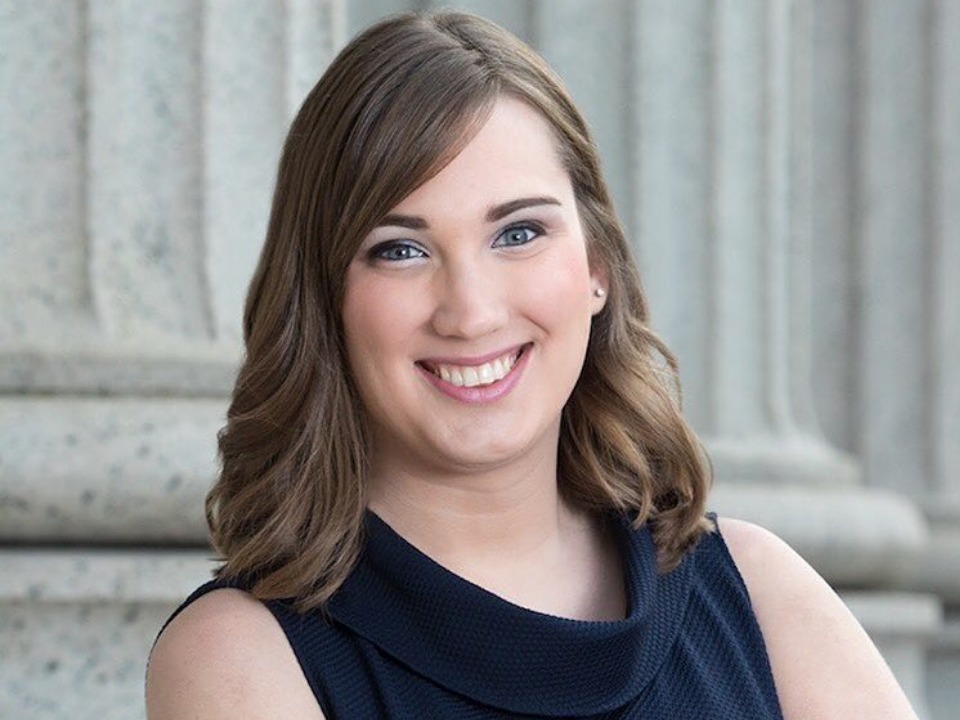 Sarah McBride is an American politician and activist who is currently elected as Delaware’s next Senator from the First State Senate District and is set to swear in January 2021 after which she will be the highest-ranked transgender elected official in the history of the United States.

Sarah McBride was born on August 9, 1990, in Wilmington, Delaware, the United States to father David McBride and mother Sally McBride, and is the only child in the family. She went to Cab Calloway School of the Arts and then later did her Bachelors in Arts from American University in Washington, D.C. While she the student body president in her college, she came out as a transgender through the college’s student newspaper, The Eagle.

McBride worked on the LGBT issues at the White House Office of Public Engagement and Intergovernmental Affairs. In January 2014 she joined Equality Delaware as a board member. Soon enough she became the state’s leading advocate for hate crimes and providing legal protection against transgender Delawareans. She has protected many Delawareans who have been discriminated against on the basis of their gender and providing aid in areas of employment, housing, insurance, public accommodations, and other amenities. She also served as the primary spokesperson for the legislation. in 2017 she also helped in passing the legislation protecting vulnerable youth from child abuse.

McBride had worked with the LGBT Progress team at advocacy organisation Center for American Progress. She has delivered speeches at events such as the Human Rights Campaign National Dinner, the Human Rights Campaign Los Angeles Dinner, the Victory Fund National Brunch, and colleges such as the University of Pennsylvania, and Gettysburg College. In fact, in April 2016 she also gave a TED Talk which was titled Gender assigned to us at birth should not dictate who we are.

Due to her commitment and sheer determination to bring a change in society she has been featured on numerous newspapers, channels, and magazines like  North Carolina Public Radio, The New Yorker, MSNBC, ThinkProgress, Buzzfeed, The New York Times, The Huffington Post, Teen Vogue, The Washington Post, The Boston Globe, Al Jazeera, PBS NewsHour and many more. She has been also ranked as the Most Valuable Progressive in Delaware by DelawareLiberal.net.

Sarah announced that she will be running for the Delaware Senate candidate on July 9, 2019 and later on September 15, 2020 she was advanced to the generals after successfully winning the primaries. She has promised to provide healthcare affordable, expanding paid leave, supporting public schools, and reforming the criminal justice system. She has also taught public policy at the University of Delaware’s Biden Institute. In November 2020, her win for the Delaware State Senator had been declared and is set to sworn in January 2021. She created history by becoming the first transgender US State Senator and one of the highest-ranked transgender official.

Sarah married her boyfriend, Andrew Cray on 24 August 2014, however, just after 4 days, he died due to oral cancer. Andrew was also an American LBGT rights activist who has contributed majorly to LBGTQ health. He has inspired Sarah

McBride has been an activist since a young age, her active years started in 2012 since then she aims at bringing a change to society. There have been no official statements of her net worth but it has been estimated to be $1 million.