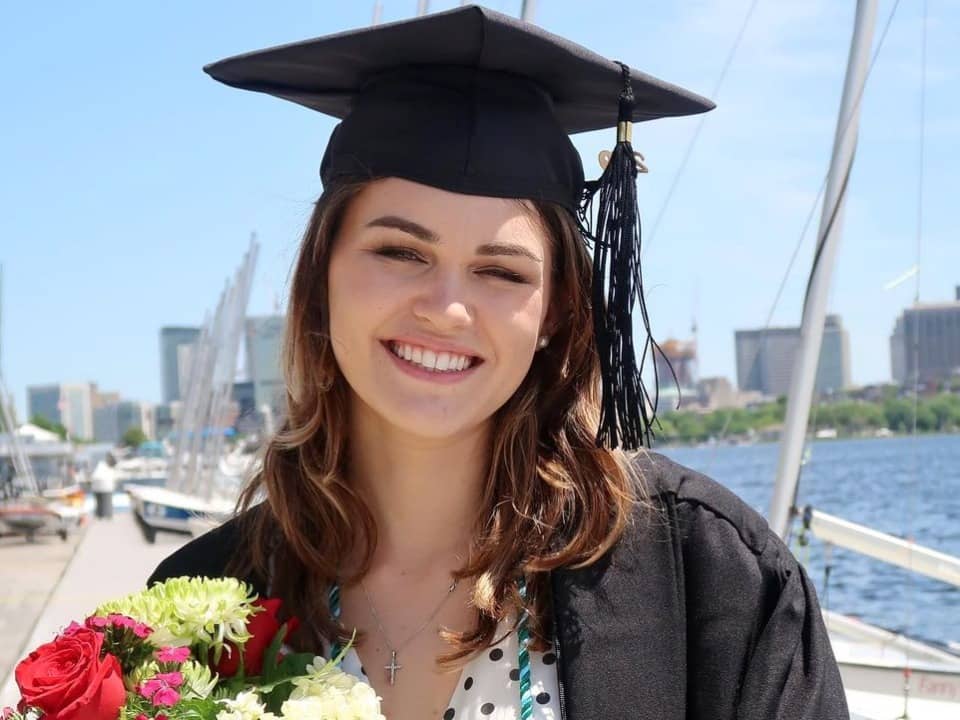 Sara Wilson is a healthcare consultant by profession. She has done her graduation from MIT (Massachusetts Institute of Technology). Sara is more focused and secretive in maintaining her life in front of the public. She is health conscious and has not revealed much about her personal life as she wanted it to be discreet overall.

Sara Wilson was born on 28th June 1997 in Sherman Oaks, California, and currently resides in Boston. She has not revealed much about her parents but stated that she is having a brother named Austin Wilson. Sara has taken the audience to watch her with her mother on Instagram where she has posted a video of plank challenge with her mother where they appear to be more like friends rather than mother and daughter. She also appeared to talk about her personal loss and the loss of her grandmother’s life due to COVID-19.

Further, Wilson plans to go back to MIT to complete her further studies and pursue Masters of Mechanical Engineering. She said that people often think that she is not smart. Sara perceives her ability to read the mind of many people and perceives herself to be in the way that is going to help her to survive in the show. She said that she had so many layers in her. Sara appeared to be tough and sweet at the same time. She is one of the young ladies who have seen a lot of tough things in her life and have learned to bounce back from adversity.

Sara Wilson is one of those personalities who has participated in CBS’s survivor season 41. She believes that her intelligence, physical appearance, and social awareness will be the key to help her win the show with the title of the sole survivor. This time, the audiences are going to enjoy season 41 of the famous TV reality show named Survivor that will be premiered first on Wednesday, i.e., 22nd September 2021. It will be a long-run reality show which will be exposing castaways with pretty high expectations this season. In previous years, the show appeared to meet the tough and strongest contestants but this time it will let you introduce determined and skilled personalities.

Sara Wilson is a 24-year-old woman who is a healthcare consultant and belongs to Sherman Oaks. She has described herself to be witty, resilient, and astute. As of now, she is single and purely devoted to finishing her goals and build a successful career.

She is a normal person who is hardworking because she ain’t born with the golden spoon. Sara is more than happy with whatever she has but aims to achieve more and more in the future.