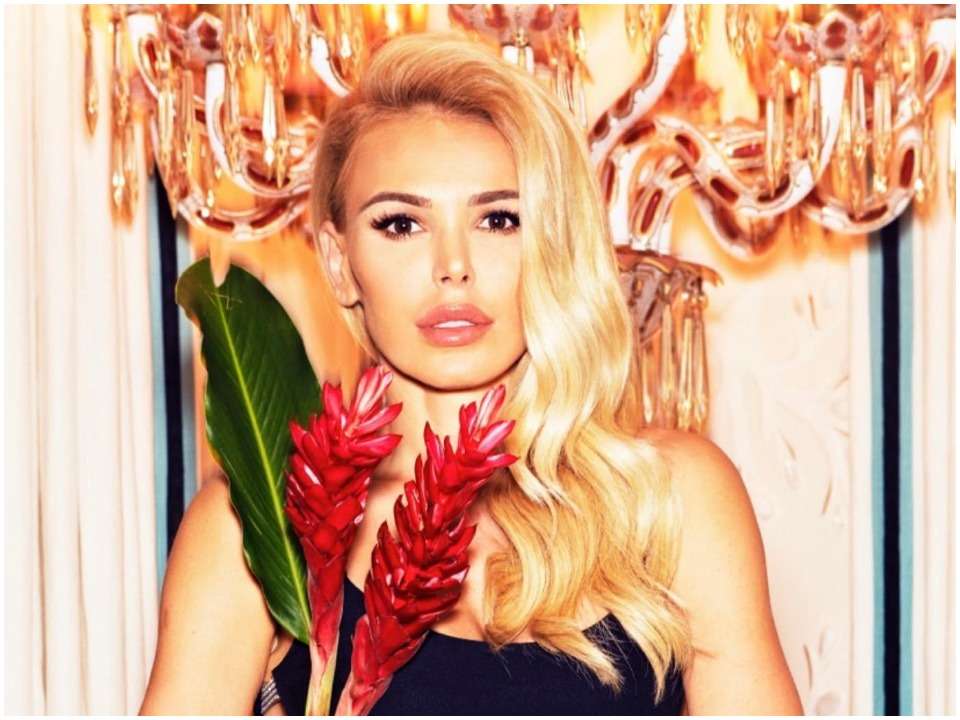 Sanela Diana Jenkins is an American personality who has recently stepped into the new episode of the show called The Real Housewives of Beverly Hills and shared her refugee story to the audience and her mates. She is a 48-year-old young and dynamic woman who has also revealed her love story with her 33-year-old fiance Asher Monroe. She spent her time in Bosnia until she was an adult and until the war emerged. Currently, Ms. Jenkins is said to be residing in California where she came after fleeing from her home country during the siege of Sarajevo and emigrated to London.

Sanela Diana Jenkins was born with the birth name Sanela Dijana Ćatić on 24th October 1973 in Sarajevo. She was brought up in a middle-class family where her father was working as an economist and her mother was at the time working as an accountant. The family used to live in a modest apartment block during the era of war or siege of Sarajevo. It was a tragic time when her younger brother Iris was killed and shot to death by the Serb soldiers when he was only 21 years old. During the death of her younger brother, Diana was studying at the University of Sarajevo, pursuing her education in economics. As soon as the conditions started becoming worse and the war started emerging, Diana was forced to flee in April 1992. It was the bloody conflict that led to the war and remained the same until December 1995.

She has acquired a swimwear line called Melissa Odabash. After a few years, she launched the Neuro line which was actually a beverage company based in Sherman Oaks, where she has positioned herself as the CEO and President of the company. Diana is also the founder of a music label called D Empire Entertainment, where she has positioned herself as a CEO. In the second week of May 2022, she joined the cast of The Real Housewives of Beverly Hills- season 12, where she has developed her identity as a philanthropist, businesswoman, a mother of three children, a refugee, and a struggler of the time of 1992 in her home country Sarajevo. Despite all these, she is a regular contender for producing charity and raising funds for numerous advocacy programs like UCLA’s Sanela Diana Jenkins Human Rights Project.

Diana, who is the owner of her two companies, first came to develop a relationship with her husband Roger “Big Dog” Jenkins. During the marriage, there were around 23 years of difference between the two personalities. Roger is a known English personality who is a financier, a former athlete, and once described as the highest-paid banker in Britain (as per Dirt). The couple married back in 1999 but because of certain undeclared reasons, the marriage could work only for up to 12 years and eventually they divorced each other in 2011. From Roger, she has two children- Innis and Eneya Jenkins while with Asher, she has a toddler daughter, Eliyanah.

Although it is unclear when and how the pair met each other or started dating, it is said that Diana and Asher Monroe (the singer, songwriter, producer, and actor) have been engaged to each other. The pair have known each other for a decade now and even the 48-year-old entrepreneur has produced a child with the 33-year-old singer and actor. They together have left no key in putting their relationship into the eye of the public and media or even social media.

Sanela Diana Jenkins, who is an entrepreneur, philanthropist, businesswoman, and television personality, is said to be the owner of around $300 million worth of property. She has managed to maintain the earnings that she received as the settlement of divorce, the two successful companies that she established during the period of her marriage, and her new career in the television industry.