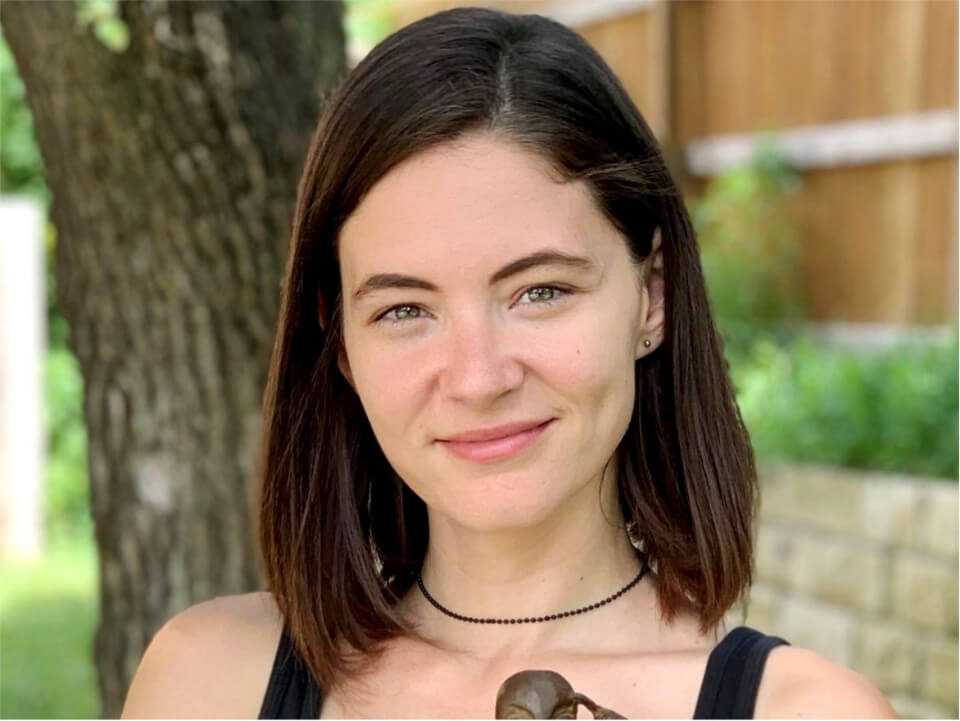 Sandra Mae Frank is an American Actress and producer who lost her hearing ability at a very young age. She is well known for her roles in Entangled. Soul to keep, Season of love, New Amsterdam, The sound of fear, and many more. Her works have been nominated at Berlin Sci-Fi Filmfest. Hollywood Critics Association Television Awards and Nightmares Film Festival. She has been honored as Feature Female Actress at Worlds Austin SciFi Film Festival.

Sandra Mae Frank was born on 21st march 1990 in Louisville, Kentucky, United States. The names of her parents are William Frank and Kim Frank. She also has two siblings whose names are Jasper Frank and Marie Frank. Along with that at a young age, she spent a lot of quality time with her family and was very close. At the age of 3, she completely lost her hearing ability as she took a three-month premature birth. Sandra has completed her high school education at a local school. She has not shared details about the same with the media yet. In 2009 she went to Gallaudet University where she pursued a Bachelor’s degree in Theatre Arts. She actively participated in various activities and societies like Psi Theta Cast of Alpha Psi Omega National Theatre Honor Society, The Buff and Blue Newspaper, Cheerleading, and Homecoming 2012 spirit week chairlady.

Sandra started her acting journey while at the University. She was involved with the industry from 2010-2013 and was seen doing Summer Acting Internship in NYC, Noises off as an Assistant Stage Manager, Kelly, and Du as a Stage Manager, Selkie as ASL Translator, and Commedia Christmas Carol Internship. In 2013 she was seen in Beautiful Sounds of Love. Next year she was seen working in a short film named Harmony. She has worked in many theatres like Fraction of Fools theatre company, NextStop, Shady Tree Films, Deaf West Theatre, Lyric Theatre of Oklahoma, and many more. In 2015 she appeared in a TV series named Switched at Bath.

From 2016-2018 she appeared in various TV series and films titled The Sound of Fear, The Strength within You: DUI, Garage Heat, Reverse Polarity, The Pastman, and Soul to keep. In 2019 she was seen as Amy in Multiverse. Along with that the same year she was seen playing the roles of Victoria in Daybreak and Kenna in Season of Love. In 2020 she was seen in a Tv series as Abigail in Zoey’s Extraordinary Playlist. Next year she was seen in a TV series named New Amsterdam as Dr. Wilder.  Soon she will be seen in a TV movie called Hidden Gem: Repran Pouvwa Mwen which is under production.

Sandra is in a relationship for long term with her boyfriend named Julian. Julian works as a Videographer. The couple has been together since 2017 and also work in the same field of Industry.  Along with that, she has posted many pictures with him on her social media. She likes to post pictures with him and enjoys spending quality time with him.

Sandra Mae Frank has earned a lot in her career as an Actor. She was seen in many entertainment industry projects and also theatre projects. According to sources her net worth has been estimated at more than $2 million. Some other source of her income is from attending events and various brand endorsements. Apart from that she has previously worked as an advocate and might have earned from the same.