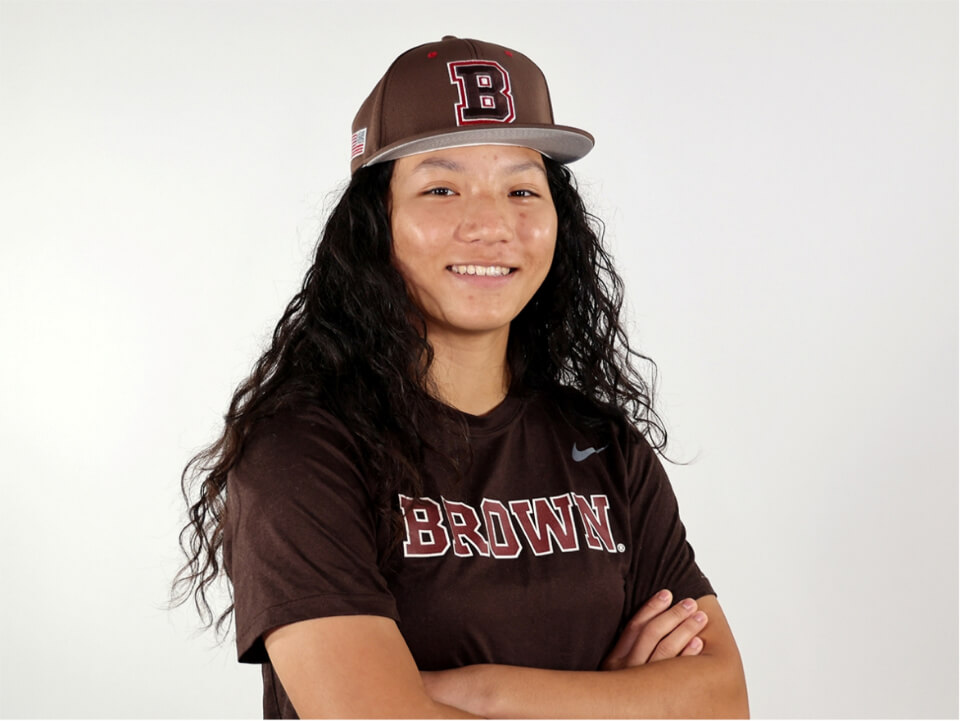 Olivia Pichardo is the USA national team player who has won the hearts of many by winning the title of first-year Brown University undergraduate woman who has sought the name of the Spring 2023 varsity baseball roster. She was titled as the first woman in NCAA Division I history on 22nd November 2022. She is just an 18-year-old student (as of 2022) who first began playing baseball at five. Despite being a female, she continued playing baseball in the male-dominated team at her school and college.

Olivia Pichardo is only 18 years old and was brought up by her loving and caring parents, Monita Mui-Pichardo and Maximo Pichardo. She shared her childhood with her younger sister, Nirvana. She played baseball at the Garden School from 7th-12th grade, and during that time, she served the positions or titles like Student Council President and the National Honor Society inductee. Olivia is a student of Brown University and will probably pass out in the 2026 batch.

Because of her games and rigorous practices, she was widely accepted by other teams and colleges, including UNC Chapel Hill, UVA, USC, Michigan, Rochester, and Boston University. During high school, she has remained a Student Council President with the title of varsity baseball since 7th grade. She went to Garden School, Jackson Heights, Queens, to receive her high school studies and earned the title of Student Council Secretary.

Olivia began her rigorous practice in September 2022, when she began her first semester at Brown University. She participated in baseball walk-on tryouts, followed by a long week of practicing and an assessment period. Eventually, this practice with the current team and the rigorous sweating during the games made her clinch a spot on the roster for the 2023 season, which will begin in February 2023. This is a proud moment for the NCAA Division I level because there have been many girls playing in the country to lead the sports, and only 20 of them have reached the position as a member of collegiate baseball rosters at various schools. Among them, eight are up for the session of 2023, but none are up for the NCAA Division I level.

Olivia began playing baseball at the age of five, but at that time, she could hear her parents talking about the place of women in baseball and the future scenarios. In reality, there were no more spots available in the game. Therefore, Olivia began with a lob ball instead of a T-ball. As per her website, she remembers when she was taught to pitch herself because all the pitchers were too tired to throw the ball. She fell in love with the position when she had to hit the ball above the heads of other players, coaches, and pitchers. She has notably achieved titles like-

As per USA Baseball.com, Olivia began with five games in the series. She began with four starts and one in the mound. On 28th July, she had a two-RBI triple and later scored a single run. This helped the US team win the series. Olivia became a member or joined the USA Baseball Women’s National Team in the summer of 2022. Previously, she has played baseball for various other clubs, and to name a few, it included New York Crush and Next Level Baseball. Despite this, she got herself interned in the New York Mets’ amateur scouting department in 2022, and simultaneously, she used to play baseball at her practice area near the home.

Olivia Pichardo is available on Instagram with her original and complete name without any verified tick (as of November 2022). She stays pretty busy with her baseball team and is fond of posting the game environment on her social media. Among the various pictures of her gaming environment, she posted one on 16th February 2020, giving a glimpse of her tour or visit to Senegal. On the series of those pictures and videos, she has received more than 400 likes. Olivia has got more than 5k followers for just ten posts. The first post of the baseball team she had on her Instagram was on 11th March 2019.

Olivia is just an 18-year-old student who is receiving her academics from Brown University and preparing for her future goals in baseball. She is yet to learn a lot of things, and we wish her good luck and pass our blessing on her plans, commitments, and prosperity.