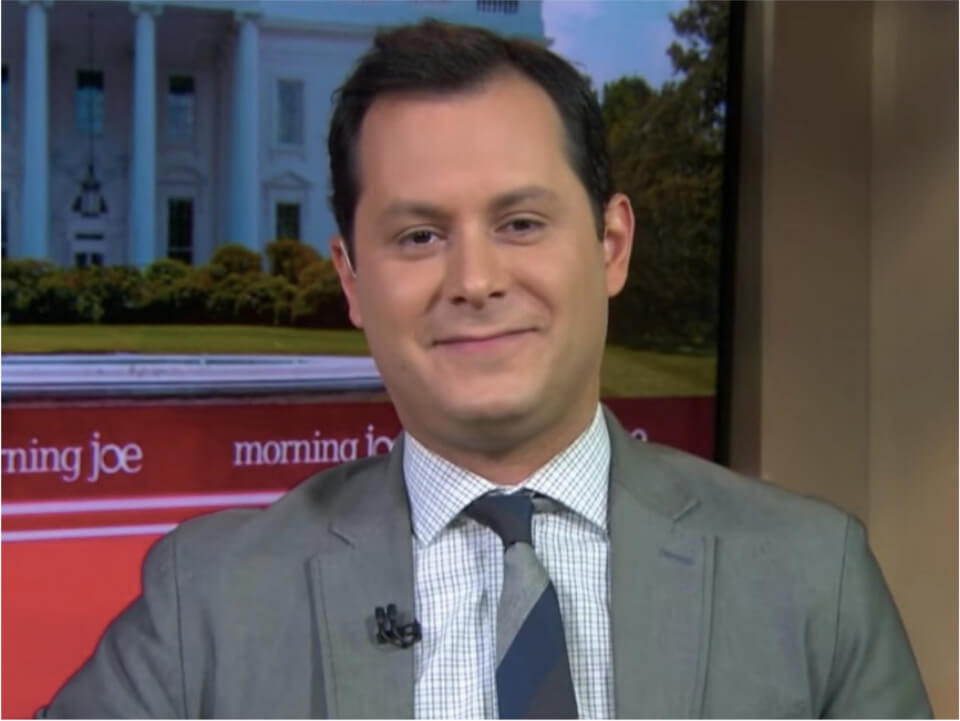 Sam Stein is a 47 years old journalist, political editor, and contributor. He is famously known as the White House Correspondent at the political journalism company, Politico, based in Arlington County, Virginia.

Sam Stein was born on July 10, 1975, and was also raised in Washington D.C, United States in a Jewish family. His parents are Emily Fine, his mother, and Dr. Stephen Stein, his father. He holds American nationality. There is no information available on the internet about Sam’s primary education. However, it is reported that Sam graduated from a private Ivy League research university, Dartmouth College in Hanover, New Hampshire, United States in 2004. He later got his master’s degree in journalism from Columbia University Graduate School of Journalism in 2007.

According to the information available, Sam began his career very early by working for an American weekly news magazine, Newsweek. He also worked for an American newspaper based in New York City, New York Daily News. Sam then took a leap of faith and got a job at HuffPost. He worked there for 10 years from 2007 to 2017. When HuffPost launched its D.C. bureau, Sam was one of their first reporters and he even served as the site’s White House Correspondent. He was named Political Editor in 2011. In 2017, he joined the American news and opinion website, The Daily Beast as a Political Editor where he led the coverage of the White House and looked upon politics and related matters.

But he resigned from his job in 2020. In December 2020, the Managing Director of Politico, Blake Hounshell, and Editor of Politico Carrie Budoff Brown announced that they found the perfect person to lead the White House coverage for the Biden years. Sam is currently a White House Correspondent at Politico. Earlier, he was an MSNBC contributor too. Moreover, he also created his podcast – Candidate Confessionals, which featured interviews with candidates who ran for office and lost. This podcast is about tough defeats.

In October 2009, Sam Stein got married to her long-time girlfriend Jessica Leinwand, in Vermont, whom he met at Dartmouth College for the first time. Jessica is an American lawyer but she currently works as the director and Strategic Counsel at Facebook. She was a White House Staffer during Obama’s administration and has also worked as an associate counsel and trial attorney for the Department of Justice. Sam and Jessica have two children – Jamie Alfred Leinwand (born in 2017) and Harry Leinwand (born in 2019). He also pets a dog, a beagle named Bennet.

Sam, even being able to accumulate enough to lead an extravagant life, prefers to go by a modest lifestyle. His estimated net worth is around $2 million.