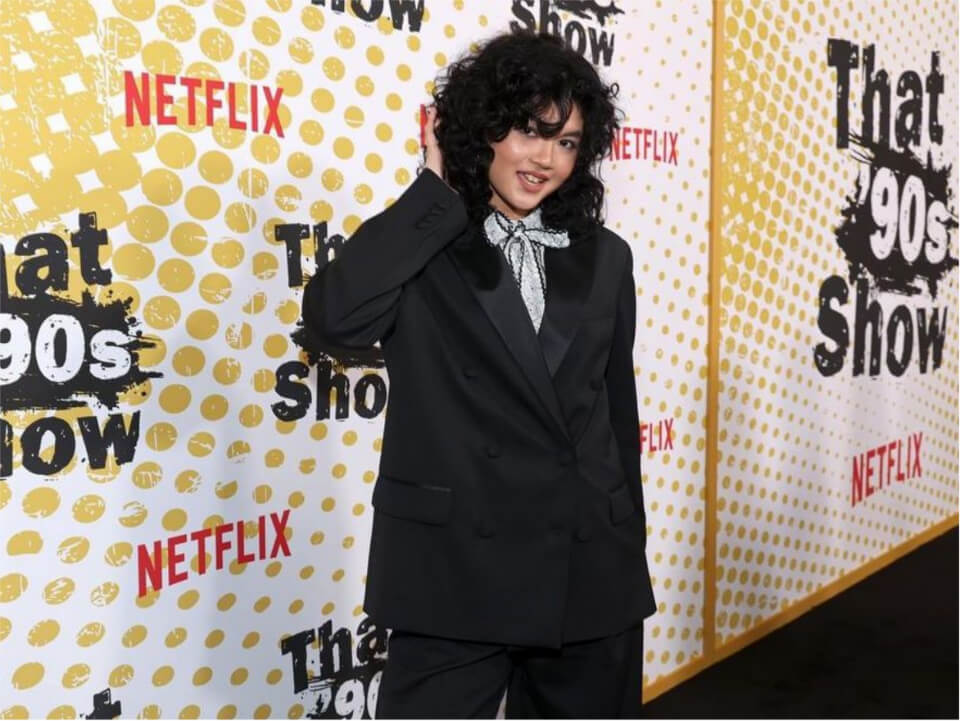 Sam Morelos is a young female actor getting into the buzz because of her featured role in That 90s Show (a spin-off show of that 70s show). The show was released on 19th January 2023 in the USA on Netflix. The show is yet to be released elsewhere and has not officially announced the date. But it is already getting popular among teenagers, and fans are excited to learn more about the cast. Among the various personalities who worked for the show, one such is Sam Morelos, who probably had her first successful hit with the show.

The 2005-born young teenage personality received her schooling and acting skills from the California School of the Arts San Gabriel Valley. Sam’s father’s name is Beeboy Morelos, and he is a specialized personality in the cyber security and data privacy solutions field. Her mother’s name is Jennifer Esclamado-Morelos. Sam was brought up with her brother, Matt Morelos, who is known to be involved in the music profession. Her mother is also known to be a musician, artist, singer, and orchestra personality. It is a sure thing that Sam would have been inspired by her mother and is undoubtedly following in her mother’s footsteps only.

Sam Morelos never had her on-screen appearance before the show – That 90s Show. The show has already built a fan-based, and all thanks go to its previous season, “That 70s Show”. This fan following made Sam appear as part of the big project. However, she has already received her skills in acting from a recognized or known school of arts.

Apart from acting, Sam also owns the skills of singing and music making. She knows how to play guitar and sings in pure form. However, it has yet to be discovered if she has released any music album or any single in her name.

Sam also owes theatre experience and has done a lot of plays before coming to the Hollywood industry. Theatre has shown a great way of upbringing her acting skills on-screen or in front of the camera.

She has also gotten an IMDb page in her name, where she has been described as a famous American and television personality with films or shows like That ’90s Show (2023) and Forgetting Nobody (2022). As to Fandom, she is also known for her acting role in the show/film called Extraordinary Night (2016). She is playing the role of “Nikki” in “That 90s Show”.

Sam Morelos has yet to make her career solid and stiff with her new upcoming roles in various shows/films and theatres. She is only 17 years old and has yet to make more friends and relatives in the industry. We wish her luck for her future and the upcoming “That 90s Show” series.

Sam Morelos is available on various social media platforms, including Instagram. She is available on her Instagram profile with the handle name morelos_sam with a verified and official account. She has described herself as an artist instead of an actor, showcasing her down-to-earth personality. You can see her showcasing her glimpse of the working environment, calm and playful events with friends and family, and many other poses for the photoshoot.

Sam who is only 17 years old and has yet to reveal many details about her, is undoubtedly earning well. She is hardworking, enthusiastic, and courageous. She will be earning around $2 million as her total net worth.