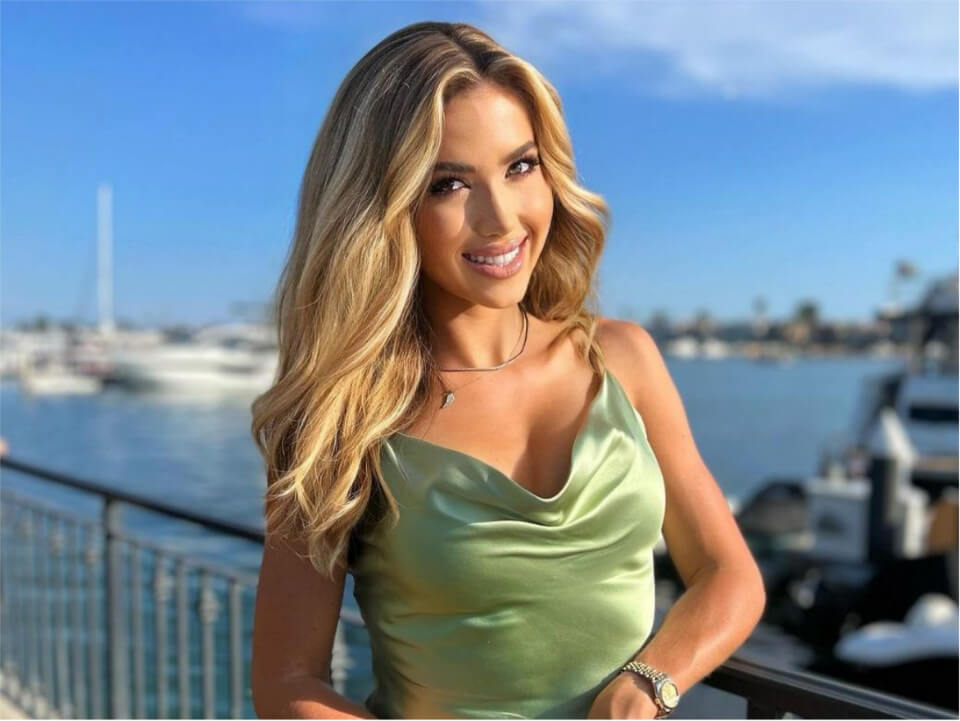 Gracie Hunt, also known as Grace Hunt and Gracelyn Hunt, has established herself as a socialite. She is a sports enthusiast and is strongly linked with the NFL teams because of her billionaire and NFL-connected family. Her family members, including her father, are the top NFL team owners. This has put Gracie in a critical position in the media aspects of the league. Besides her billionaire and NFL-related family, Gracie is also connected with her self-made career in the fashion industry. She has received the title of the beauty pageant 2021. She is also a well-known personality in the NFL because of her romantic links with various football personalities and her ancestry links.

Gracie Hunt was born on 29th March 1999 and is the well-known celebrity daughter of the NFL personality Clark Hunt. Her father, Clark, is the CEO of the NFL team, and along with this, he is also serving other positions like the part owner and the chairman of the team, Kansas City Chiefs.

Gracie’s mother’s name is Tavia Shackles. She has remained a former Miss Missouri Teen USA and Miss Kansas USA. Comparing the profession of the whole family, Gracie is walking in her parent’s footsteps, seeking the title holder of the beauty pageant and supporting her father’s only team in the NFL.

Regarding Gracie’s education, she received her degree from Southern Methodist University and shared her childhood with two siblings, Ava Hunt and Knobel Hunt.

Gracie has not only received media attention because of her belongings from wealthy and billionaire families. Indeed, she is the current Miss Kansas, USA. Since 2012, she has been giving her contributing to the NFL Women’s Apparel initiative, the Kansas City Chiefs, and FC Dallas. She also supports other teams like Special Olympics as a Unified partner player and has been associated with them since 2015. She is one of the sports enthusiasts born with the mind of her father, Clark Hunt, and the beauty of her mother, Tavia Shackles.

Why is Gracie Hunt in the news?

In this winter season of Kansas City, where everyone is about to protect themselves from the immediate snowfall, Gracie is showcasing her hot body and sizzling modeling looks, supporting the various NFL teams out there.

While posting the series of pictures in a red bikini on her Instagram profile, she also wrote the caption,

She shared her pictures on Friday, 20th January 2023, and enthusiastically showed her Chiefs-themed bathing suit.

Gracie Hunt was earlier romantically linked with the Denver Broncos quarterback Drew Lock. Drew was drafted in the second round of the NFL 2019 by the Denver Broncos. But the couple could not carry on their relationship for long.

Recently, Gracie has been known to be romantically linked with another NFL-assisted television personality, Tyler Cameron. Tyler has remained the runner-up of the fifteenth season of the reality show, The Bachelorette, and was brought up in Florida and went to study at Wake Forest University.

Tyler is also associated with the NFL because he had a quarterbacking career in college and was about to attend a professional football career. But, because of the shoulder injury, he had to end his football career before formally beginning the same.

Gracie Hunt, who has developed into a socialite personality and beauty pageant holder, is earning well because of her modeling, social media posts, and other entertaining profiles. Moreover, her father, the owner of the NFL team, owes a net worth of around $2 billion as of January 2023 (per the details from Celebrity Net Worth).