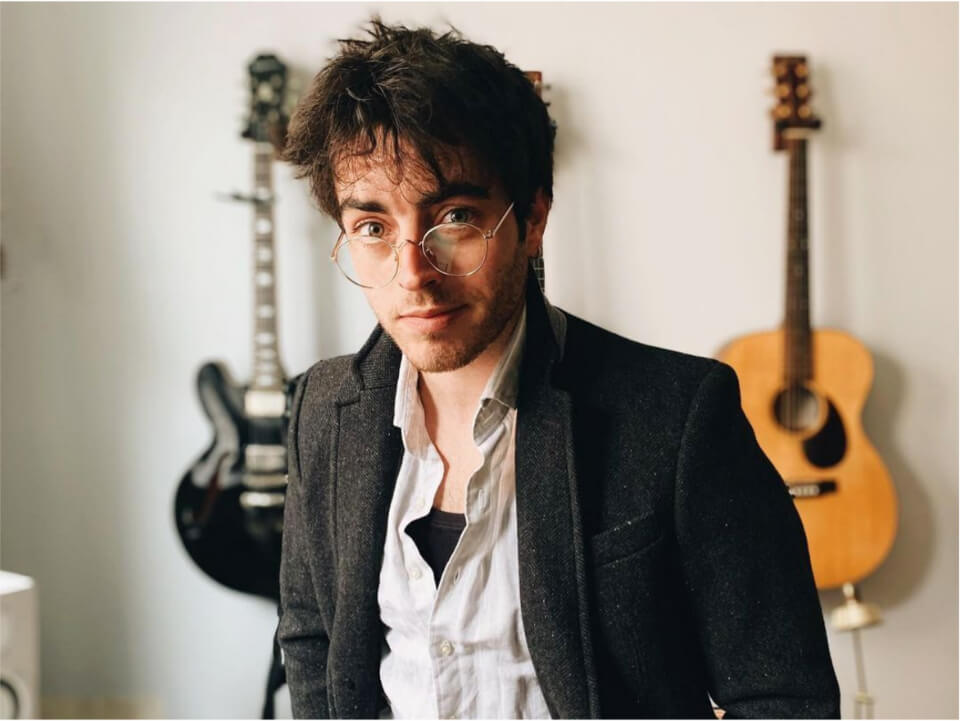 Sam Cieri is the co-founder of the NYC- based rock music band called ‘Nicotine Dolls’. He is well known for putting engaging and inquisitive spin-offs in pop songs. Moreover, with his mind-blowing personality and killer looks, he auditioned as a participant in NBC’s reality show ‘America’s Got Talent, season 17.

Sam Cieri was born on May 10, 1992, in Boca Raton, Florida, USA. He follows Christianity with his nationality being American. Ever since childhood, he has been suffering from a blood disorder called ‘Von Willebrand’ disease that would lead to spontaneous bleeds in his legs. As a result, most of his life was spent in and out of a wheelchair. Not much has been disclosed about his educational background except that Sam did theatre on and off and in high school, at the age of 18, he dropped out to pursue his interest in music.

Sam Cieri started learning music at the age of 13 to impress a girl. However, this accidental act proved beneficial and led him to drop out of his school to pursue his career in music. He spent the rest of his teenage years playing and singing at local restaurants and pubs in Florida. He even performed at Mirage Hotel in Las Vegas after impressing people at a local piano duel performance. To try his luck, he shifted to New York City. He immediately became a subway singer for three years and took up odd jobs to pay his rent but it didn’t suffice. So, he sold motorcycles and simultaneously recorded an EP that unfortunately tanked.

He even did theatre for the next seven months for a show called ‘Rock of Ages. Straight from there, he went on a national tour of a show called ‘Once’. During the show, he met his fellow band member John Hays and started their own band called ‘Nicotine Dolls’. Over the span of a few years, they have uploaded breathtaking songs and a hit EP. Along with growing listeners of their band, Sam also started a new movie production company called ‘Outline Productions’. Apart from band and movie production, he is currently a participant in America’s Got Talent.

Sam’s Instagram fanbase has been growing rapidly with more than 5.5k followers. His Twitter and youtube media doesn’t have many followers. He is extremely active on his Instagram page, posting regularly and giving updates with currently 714 posts.

Sam hasn’t shared details about his personal life. He has talked about it neither in interviews nor posted any pictures about the same. It appears that he keeps his personal life away from the media’s attention. However, after his appearance in America’s Got Talent, it is certain that he has become eye candy for all the girls from his hometown especially.

Sam Cieri has been working as the creative director of Outline productions and lead vocalist in Nicotine Dolls for quite some time thus, earning recognition and wealth. It is estimated that his net worth is 250k USD.