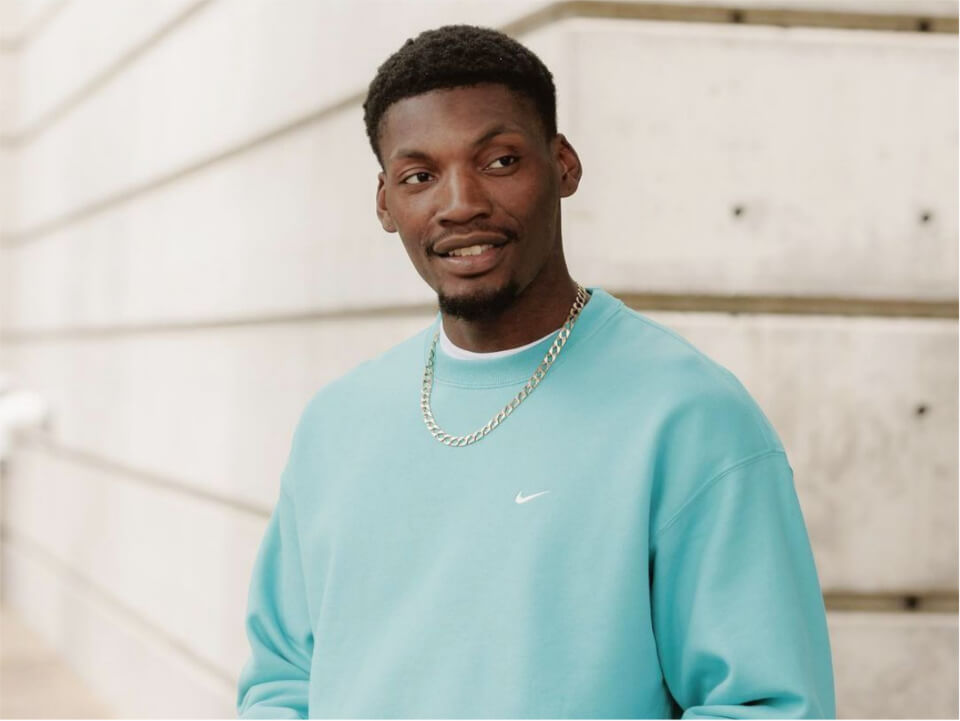 Fred Kerley is an American personality who has developed his profession in track and field. His full name is Fredrick Lee Kerley. He has maintained his strong foot in the 400 meters distance and is most recently known for appearing in both 100 meters and 200 meters. In the July 2022 edition [2022 World Athletics Championships], Kerley claimed a gold medal in the 100 meters race and became the eighth fastest man in history over 400 m.

Fred Kerley was born on 7th May 1995 in Taylor, Texas, United States, where he was brought up his whole life till adolescence. His mother’s name is Virginia Kerley and his father’s name is Ricky Kerley. He was raised outside of Austin in tough conditions with 12 other cousins by his aunt Virginia Kerley because his legal mother and aunt [by name] Virginia had taken him in at the age of 2, along with his siblings – Mylik Kerley, Virginia Kerley, Demarea Kerley. At the time, Fred’s biological father was sentenced to jail and his biological mother left him alone and went someplace that no person is aware of.

His younger biological brother Mylik is also a top 400m sprinter and ran with him in the relay at Texas A&M University. His older brother Demarea also sprinted and competed in jumps at the high school level, while his younger sister Virginia is known to be committed to Texas Tech in the long and high jumps. Fred’s older cousin Jeremy Kerley is known to be playing football as a wide receiver for the New York Jets. Fred Kerley went to Taylor High School and later joined his youth team to become the College Station Sprinters in College Station, Texas. Afterward, he went to South Plains College from 2013 to 2015 and later transferred to Texas A&M.

In June 2017, Kerley won the 400 m at the USATF Championships with the record-making timings of 44.03 seconds. He first tried to qualify for the United States in both the 400 m and the 4 × 400 m relay at the World Championships in Athletics. After winning his heat he finished third in his semi but qualified for the final on time. In the final he was unable to replicate his form from earlier in the season, finishing seventh in a time of 45.23 s. Later in the day, he was called by the authorities to represent the US and qualified for the finals in the relay, and then a few days later he earned a silver medal coming behind his other competitors Trinidad and Tobago.

Fred Kerley began his professional career in track and field in 2017 after he joined the club ALTIS in Phoenix, Arizona, and enrolled himself in the training under the guidance of Kevin Tyler for the 2018 season. However, in 2019 he returned to Texas A&M and started receiving training under his former coach Alleyne Francique. After recovering from an injury in 2018, Kerley came back and appeared in the Diamond League where he earned the trophy and became the champion in the men’s 400 meters.

Fred Kerley is a 27-year-old American athlete who holds the record of eighth quickest man on this planet in 400m, and who is neither married nor has a girlfriend or committed to anyone in a romantic way. However, we wish Fred Kerley for his future life and hope that he would surely get someone special in his life who would love him and spare him with pleasurable time.

Fredrick Lee Kerley majorly earns from the sports activities profession. With all the success he achieved in 2021, it is estimated that the net worth of Fred Kerley must be somewhere around $ 1.5 to $ 3 million. As of now, there are no endorsement deals he has signed or that are known to the media. Kerley achieved a silver medal in the 100 m at the 2020 Tokyo Olympics with the best timings of 9.84 sec and earned prize money [of some amount] from the US Olympic Committee medal winners.