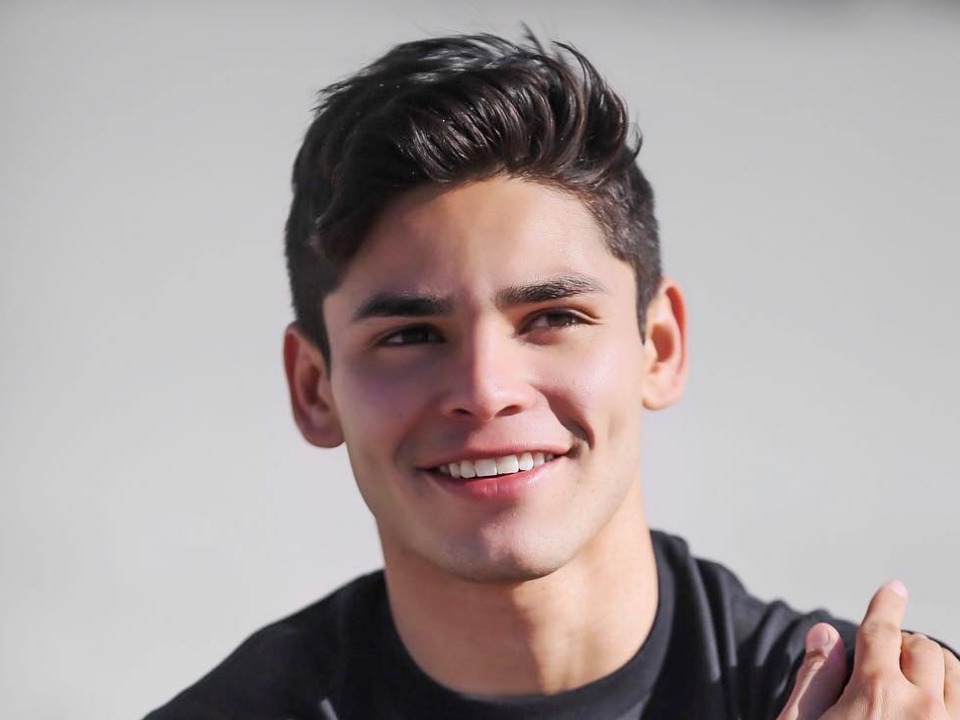 Ryan Garcia is one of the most famous and promising young boxers in the world. The 21-year-old popularly known as Kingryis an American Professional boxer who won 20 out of 20 fights since he made his debut in professional boxing against Edgar Meza in 2016. He is a 15-time national amateur champion boxer and is affiliated with Golden Boy Promotions. Ryan is making a promising career in boxing and is widely recognized.

Ryan Garcia was born in Victorville, California, the USA on 8th August 1998. His father, Henry Garcia, and mother, Lisa Garcia were very supportive and they played a very pivotal role in shaping his career in boxing. His father, Henry, had a dream to become a boxer but instead, he chose to become a trainer. Henry began training Ryan when he was only 7. Garcia has a brother, named Sean Garcia, who is also a professional boxer, and he has three sisters, named- Kayla, Sasha, and Demi. He holds American nationality but belongs to Mexican heritage and he proudly carries both the American and Mexican flags in the ring.

The American Professional boxer, Ryan Garcia is in Super Featherweight Division and is known as Kingry. He started boxing at the age of 7 and took training from his father. In 2014, Ryan was a National Junior Olympics Silver Medallist. Ryan made his debut in professional boxing in 2016 with a win over Edgar Meza. In 2017, he won the vacant NABF Junior super featherweight title by defeating Miguel Carrizoza and in 2018, he won the vacant NABC and WBO-NABO super featherweight titles by beating Jayson Velez. Later in 2019, he defeated Jose Lopez by TKO to bring his record to 18-0, and he was cast as a lead in a Brat web series.

In the very same year, Garcia challenged Romero Duno for the WBO NABO Lightweight Title. His recent victory was against Francisco Fonseca in 2020, where he claimed a knockout victory over Francisco in 80 seconds. He earned his reputation as “The Flash” because of his unbeatable record and fierce show in the ring. In total, he has played 20 fights and has won all. Garcia is promoted by Golden Boy Promotions, American mixed martial arts and boxing promotion firm and after that, his earnings have started doubling. The promising young boxer is making a successful career in boxing at a very rapid rate.

The 21-year-old charming and unbeatable boxer is not yet married but is in a relationship with Andrea Celina, who is an Instagram influencer. Ryan is open about his relationship and posts pictures on social media handles. Before dating Andrea, he was in a relationship with Catherina Gamez. They have a daughter named Rylie who was born in 2019 before they got separated. Although the reason behind their break up is not known, all three of them are happy in their life.

The social media sensation has a wide fanbase and enjoys attention from his followers. He is named as king yang on Instagram where has nearly 7.4 million followers. He also has an account on Twitter with around 449.4K followers.

He has a whopping net worth of $10 million. His earnings in boxing have increased from $55,000 to $250,000 per fight after signing a multi-year contract with Golden Boy Promotions. He has also received the pay-per-view revenue share. The highest amount that Garcia has so far earned is $250,000 from his fight against Romero Duno.