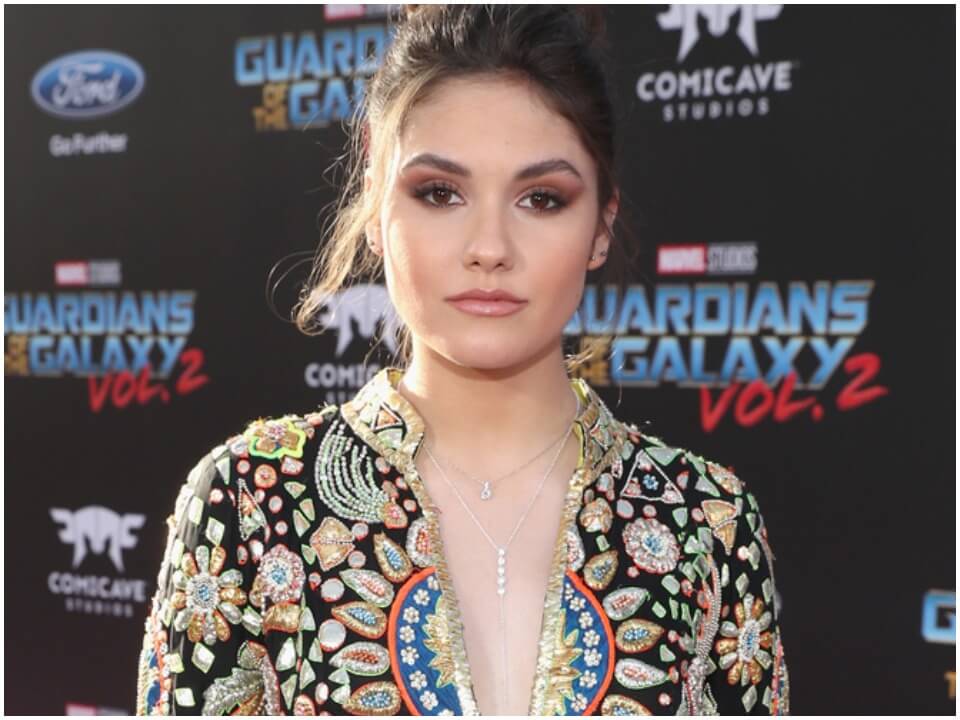 Ronni Hawk or Veronica Faith Hawk is an American Actress and Model famously known for her role as Olivia in the Netflix show On my block and for her roles in movies and shows like Stuck in the middle and S.W.A.T. she is known for her spectacular acting talent and also for her unique taste in fashion.

Ronni Hawk was born in the year 1999 on the 9th of September. She grew up in Boca Raton, Florida with her parents Bambi Hawk and Ronald Hawk, and her siblings Katy, Ashlyn, Jarad, and Ben Hawk. She started dancing when she was only five and also appeared in commercials in her early teen years.

Ronni is known to have completed her high school education from a local school in Los Angles but she has not shared the name of her high school and whether she was homeschooled or attended a regular school. She later went to Paris to attend college where she also took up a fashion Internship.

Ronni started her career as a model when she started appearing in commercials and advertisements at the age of twelve. She also started professionally modeling in Florida but soon, she moved to Los Angeles to build her career in Acting. Her career started in the year 2014 when she appeared briefly in the show Playing Hooky in the role of Leah. In 2016, she got the breakthrough role of her career in the Disney show Stuck in the Middle where she played the role of Rachel Diaz and quickly found fame and recognition. She played the role for two whole seasons as the main cast but left before the third season was renewed.

In 2018, she secured a main role in the Netflix original show On My Block as Olivia and appeared throughout the first season until her character died. Later, she was cast in the crime show S.W.A.T in the role of Tiffany and received a lot of praise and accolades. Recently in 2020, she appeared in the supernatural show Legacies in the role of Wendy for a few episodes. Currently, she is a part of a bunch of upcoming projects to be released in the next few years titled – The Gift of Giving, Girl with a Gun, Benson in the Dark, and Average guys.

Ronni is currently known to be in a relationship but she has not shared any personal information about her partner including his name. However, her relationship is going through various ups and downs recently as she was also charged with Domestic violence by her boyfriend. She is currently settled in Los Angeles.

Ronni was recently arrested from her home in July 2021 and was accused of “Domestic Violence”. The police received a call from her boyfriend in the morning with a complaint of domestic violence against her and later arrested her on the same charge the same morning. Her boyfriend was found visibly injured and police also reported that they had been engaged in verbal arguments as well. However, she was released on bail after a few hours and had to pay $100000. Her trial is scheduled for December 2021.

Ronni Hawk has been working as an actress for several years and has accumulated a lot of wealth over the years. She has had a successful career and her estimated net worth as of 2021 is around $900,000 but the exact information has not been revealed.