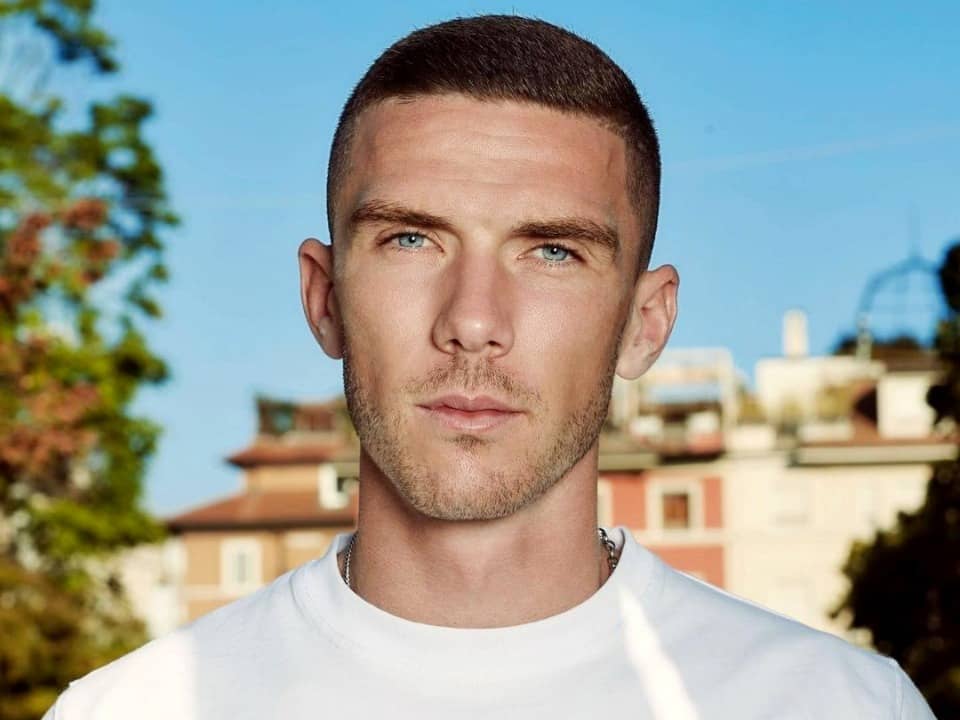 A German expert footballer, Robin Gosens is a lively player filled with skills and enthusiasm. He competes in the matches for Serie A club Atlanta and the Germany national team, while playfully presenting his position as a left midfielder or left-back. He is an overpowered sports personality. Post-playing with the club, he served for Vitesse, FC Dordrecht and Heracles Almelo. His jersey number for Atlanta B.C. is 8 and for the Germany National Football team, he wears the jersey number 20. He is able to make numerous wins through his analytical mind and smartness on the grounds.

Robin is best known as Robin Everardus Gosens and was born on 5th July 1994 in Emmerich am Rhein, Germany. He was born to a German mother, Martina, and a Dutch father, Holger, thus he belongs to mixed ethnicity. He has a sports background as his father also played at Fortuna Elten and was a soccer coach too, while her mother was also a good athlete. The player was raised while sharing his childhood memories with her younger sister, Chantal Gosens. She is a bachelor’s student at Hochschule Fresenius. As he belongs to both Dutch and German ethnicity, he was allowed to play for both Germany and Netherlands, however, he chose to play for Germany at international level. Initially, he wanted to become a policeman, if his football career didn’t work out.

Talking about Gosens’ educational history, he has never revealed the details about his high school and colleges. He might have skipped college, as academics and athletics gets quite tough when they have to be served together. However, he once stated in an interview, when he was playing his international debut, he was studying and wanted to pursue a master’s in sports psychology after his bachelor’s degree. No details are revealed regarding his extracurriculars.

Until the age of six, Robin had absolutely nothing to do with Football. As a child, he wanted nothing to do with the ball. His father being a coach, pushed him to play and put the ball at his feet as he wanted him to play. The older he grew, the stronger his passion and love for football arose. It clicked immediately when his father took him for a training session in the F-youth at Fortuna Elten, where he discovered his profession, which never went away. He played for a local club at the beginning of his football career. Later, on 4th July 2012, he joined and played for Vitesse’s youth setup, where he got fortuned and signed his first professional deal on 13th August 2013. Prior to joining Vitesse, unfortunately, he failed at the trial workout with Bundesliga giant Borussia Dortmund.

Moreover, on 14th January 2014, he was loaned and transferred to FC Dordrecht till the end of the season, where he made his first debut match for the team against the competitor SBV Excelsior. While playing for the team, on 7th February, he scored a highly professional goal, which was remarkable against FC Emmen. After 19-years of missing out, he went back to Eredivisie. His loan renewed for some more time on 29th May 2014. Playing for the team, his first debut match was against SC Heerenveen, and scored 2-1, defeating the competitors. His first goal for the team was on 20th September against Excelsior.

On 4th June 2015, he moved on a free transfer to Heracles Almelo while on 2nd June 2017, he was transferred to the Italian side of Atlanta. Robin made his champions league debut against the all-time champions Dinamo Zagreb on 18th September 2019. He made his 2020 season debut while starting in the 2020-21 UEFA Nations League match against Spain. Recently on 25th November 2020, he scored his 2nd champions league goal while securing a 2-0 win, by giving a hard time to Liverpool at Anfield. On 19th May 20021, he was added to UEFA Euro 2020 squad. Barcelona is reportedly chasing a deal for Germany’s left-back Robin Gosens but the player has a big dream to transfer to Bundesliga.

Not much is known about Robin’s personal life, as he appears to stay close-lipped in front of the media. However, there are some rumors, which are not yet confirmed that he is in a relationship with his girlfriend, Rabea. Based on citing their pictures on social media, it seems that they’ve been together since 2013 or maybe even sooner. No traits about the athlete’s past relationships or engagements are found off the records.

Gosens is recognized all around for his gameplay and more for his fascinating looks. He is full socialist and likes to interact with his fans and know their opinions and perspective. He also praises them and also is thankful to them for their heartiest support under his self-titled Instagram account @robingosens, which contains 329k followers at present. The player is probably inactive on Twitter, however, his #RobinGosens went viral all over the media.

Very much of his professional and international career, Robin has worked extremely hard in uncertainty about what his future might be and what he is destined to. When he moved to the Italian Serie A, Atlanta his value was only 1 million euro. After three years of struggles and sweating and also playing for the national team, a great difference was seen. His value as of 2020 is estimated to be 28 million euros. His estimated net worth is $20 million, which he mostly amasses from being a proficient footballer and social media influencer. Due to his rising popularity, his worth is growing significantly in recent years. There is no information available regarding his salary, cars, houses, and assets.