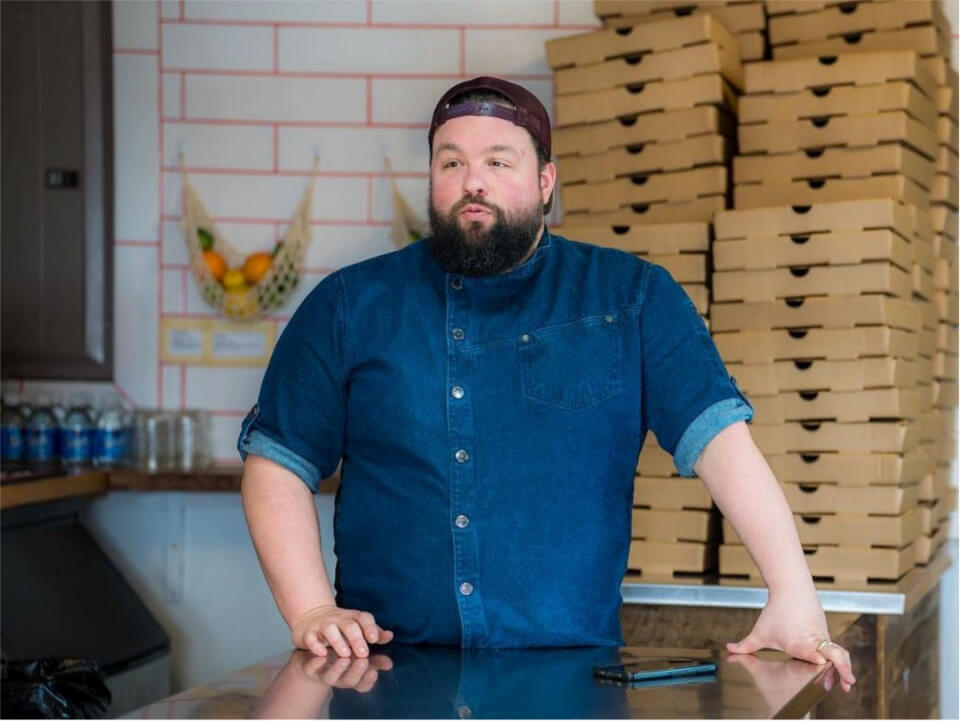 Robbie Jester is the Delaware Restaurant Association as a Rising Star. He was selected by the Delaware Business Times as one of the top 40 leaders under 40. He owns and manages his Italian eatery, Pizzeria Mariana, in Delaware.

Robbie Jester was born in July 1985 and he is 37 years old. His father was battling lung cancer and passed away in January 2016. He graduated in 2006 from the Culinary Institute of America with honors. Robbie Jester’s cooking mentor is/was “¦ Billy Hoffman, Pat D’Amico, and Dan Butler (His father). In an interview, he said, I love my sister, Octavia Pauls, and my mother.

Robbie began his career in his family’s restaurant at 12. He worked at the family’s Harbor House restaurant in Worton, Maryland, washing dishes and making soup, salad, and desserts. In 2008, he started as a sous chef at Toscana Kitchen and Bar (Dan Butler’s main restaurant) but quickly rose to Executive Chef. While working at Toscana, he managed the transformation of Toscana Kitchen and Bar into Piccolina Toscana. He received his experiences from the companies like Toscana To Go and Toscana Catering.

His work was praised in various Magazines and News journals, such as Delaware Today Magazine and Brandywine Signature Magazine. He has been featured and voted Best Chef Upstate Delaware 2017, 2018, and 2019. In addition, he was featured on Food Network show Guy’s Grocery Games in November 2015 and was invited back for Redemption in 2016.

During the show, he won $16,000 in the episode. He was seen as a competitor in 1 episode of the TV series Beat Bobby Flay (2016) and defeated chef Bobby Flay with his delicious dish, Shrimp Scampi. He has also catered events for Vice President Biden and the King and Queen of Sweden.

Robbie formerly worked as executive chef at the Stone Balloon Ale House in Newark for several years. Later, he became a partner and chef cook at Great Big Jerk, a ghost restaurant where he served authentic street Jerk chicken. He has also tried his hands while working as a chef and a partner at Full Circle Food, a weekly meal delivery business in Delaware, Pennsylvania, and Maryland.

He was selected to be featured as a contestant on the new Netflix competitive cooking series “Pressure Cooker,” The series was filmed in Los Angeles and follows 11 chefs living together as they participate in cooking contests. The twist in the series is that there is no panel of guest judges: The competitors judge each other and vote on who will receive the $100,000 prize. To celebrate his TV appearance, he and his companions are throwing a premier party at Bellefonte Brewing Co.’s North Wilmington location starting at 6 p.m.

Robbie Jester is a married man. He wedded his longtime love, Katelyn Jester. He revealed that he met his wife on a dating app. They engaged 💍 in 2021. Later, the couple got married in the presence of friends and relatives on 7th October 2022! Presently, the couple doesn’t have any children and lives with four legs friend 💙

Robbie Jester has been a famous chef and Culinary Director at High 5 Hospitality since June 2017. He is one of 11 contestants on “Pressure Cooker (2023),” a reality competition. It is safe to say that he has an estimated net worth of about $5 million.