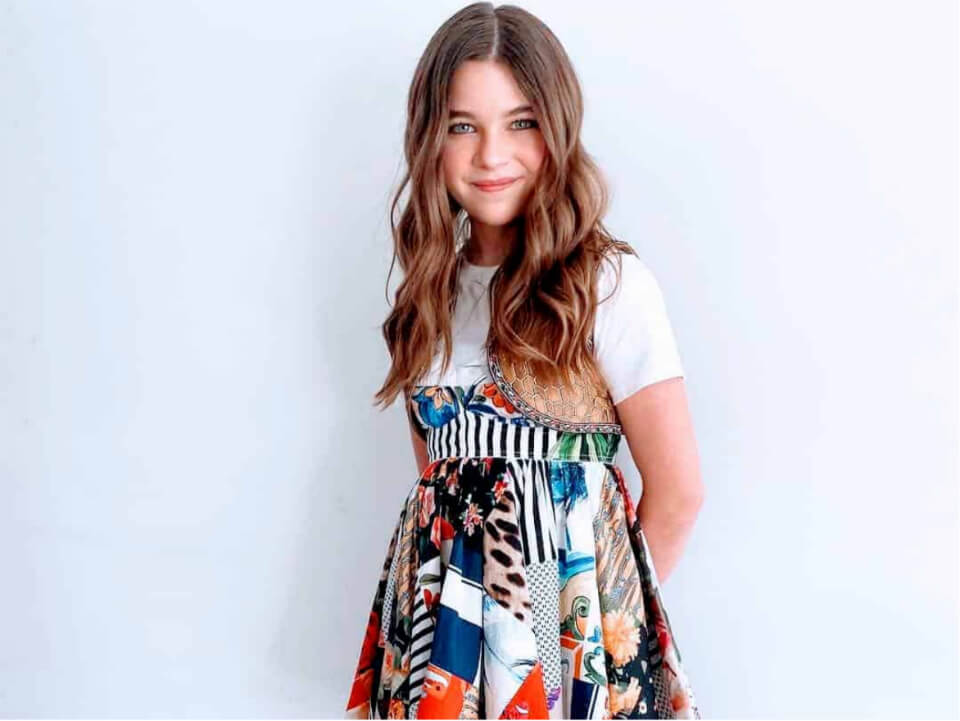 Raegan Revord is a young actress based in America. She is popularly known as the character Missy Cooper of the American sitcom, Young Sheldon. She suddenly gained the spotlight after her impressive performance despite being young in Grace and Frankie.

Raegan Revord was born on January 03, 2008, in an American family in San Diego, California, United States. Though she was born in California, she and her family shifted to Los Angeles when she was three and a half years old. Her nationality is American. Her mother’s name is Holly Revord and her father’s name is not known. Raegan is currently in middle school. She is pursuing her schooling at a local school.

Raegan Revord was always interested in acting. She started modeling at the age of four. Her acting career began at the age of six with the short film Tortoise. Before making her first television appearance, she was seen in print commercials like newspaper advertisements. Later, she made her debut on screen in television commercials. She got her first and recurring role as Megan in the American family sitcom television series, Modern Family, created by Christopher Lloyd and Steven Levitan for the American Broadcasting Company. Raegan was first seen in the sixth season episode, “Won’t You Be Our Neighbor”. She was also seen in one of the episodes of season 7.

A year later, in 2015, she was cast as Bob Odenkirk’s daughter on the American comedy television series, Grace and Frankie, created by Marta Kauffman and Howard J. Morris for Netflix. In 2016, she got a recurring role on TV Land’s series Teachers. Raegan got her big break when was chosen for the role of Missy Cooper, the twin sister of Sheldon Cooper in the Big Bang Theory spin-off Young Sheldon. Her character in the series was of great importance to the plot. She even learned the Texan accent for the character.

Raegan appeared in the Netflix original drama Alexa and Katie. She was seen playing the role of Ainsley in episode 3. Other than acting, she has also done voice-over for the WBUR Circle Round radio play Nilsa and the Troll. Raegan has also written a children’s book, My Story as a Gold Nugget.

Raegan’s popularity has made her one of the known faces on Instagram. She has a verified account with more than 500k followers. Her social media accounts are managed by her parents. She uses her Instagram feed to share her reading list with her followers. Raegan joined Twitter in September 2014. She has also managed to bud her audience base on Twitter with over 29k followers.

Raegan Revord has been working in the industry for more than 10 years. Her source of income is mainly working as an actor. Not exactly known, but her net worth is estimated to be around $300000.