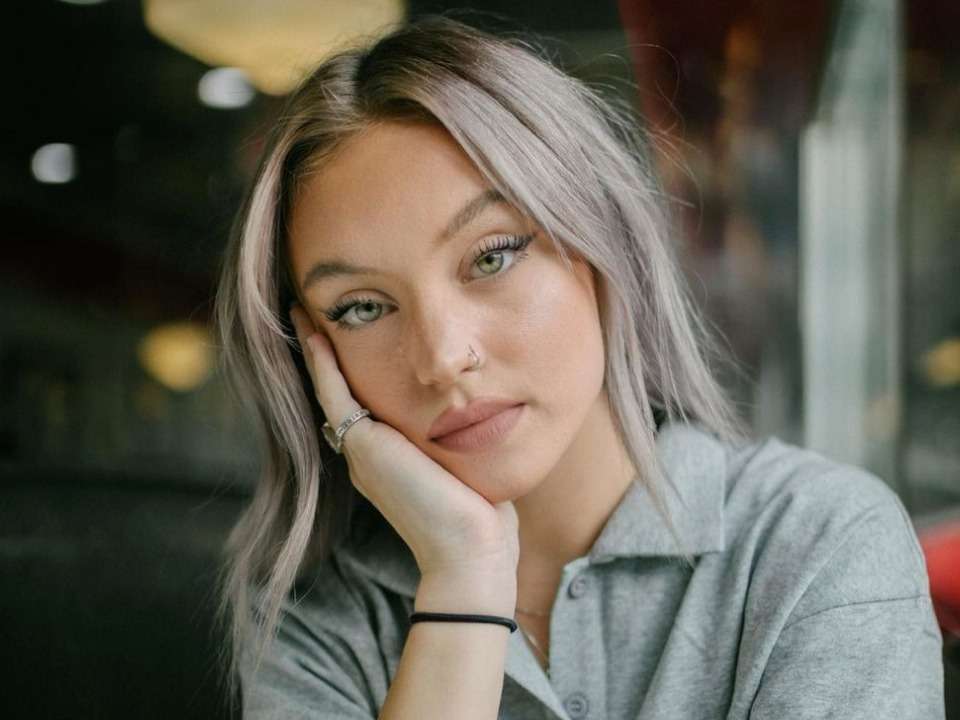 Riley Hubatka is a famous American TikTok personality who has amassed more than 9 million followers and nearly 580 Million likes as well on her every post on the platform. She is popular for her steamy looks, eye-catchy pictures, and her humorous content.

Riley Hubatka was born on September 3, 2001, in Portland, the largest and most populous city in the state of Oregon, United States of America, and holds an American nationality and belongs to Caucasian ethnicity. Around the age of three, she shifted with her family to Charlotte City, North Carolina and currently, she lives there with her family. She is very close to her parents, Larry Hubatka (father) and Kelly Hubatka (mother). Riley had featured both her parents in many of her videos where they divulge their funnier sides.

She has three siblings; one of them is Lily Hubatka. Riley has been very passionate about acting. She was interested in humor ever since she was a child. Her parents and siblings have always encouraged and supported her decisions and made sure that she chases her dream of pursuing a career in acting and modeling. It is expected that she had a great childhood with her family. Not many inputs are provided about her educational background but it is believed that she is home-schooled and considers herself well-educated.

Riley Hubatka joined TikTok in July 2019. By posting video content consistently on the app; within a short period of time, she won the hearts of millions of people and was able to build a huge fan following. She has gained a lot of fame because of her comedic content. The young confident lady is quite enthusiastic about building a career in modeling in the near future. In fact, She has already modeled for a deluxe salon in Charlotte named Planet 21 Salon. Due to her angelic beauty and the comedic content videos which she posts, she has a very high engagement rate on TikTok. She averages more than 10% in her engagement rate by taking into consideration her last few posts. The average rate which she charges for sponsorship is between $700 to $1200 per engagement as of early 2020.

The young girl started her career at an early age and now she has garnered millions of fan followers on every social media platform. She is highly active on the Internet and has more than 8.5 Million fans on her TikTok account, more than 2.3 million followers on Instagram with 331 followings, and uploaded 335 posts including pictures and videos. Also, she has a YouTube channel with more than 132K subscribers and posted only 54 videos as of now. She has a Facebook account as well where she has posted in her bio about her relationship with Payton.

Riley tries to keep her personal life confidential from the limelight and has not revealed any details about her relationship status. According to the sources, currently, she is dating Payton Moormeier, an Instagram Star. The couple has not disclosed anything about their relationship in public yet.

Riley Hubatka is here to prove people wrong who think that one cannot achieve much fame and wealth through social media. Due to her excellent acting skills and charming looks, she has become one of the most talented TikTok sensations and has an estimated net worth of $1 million as of 2020.