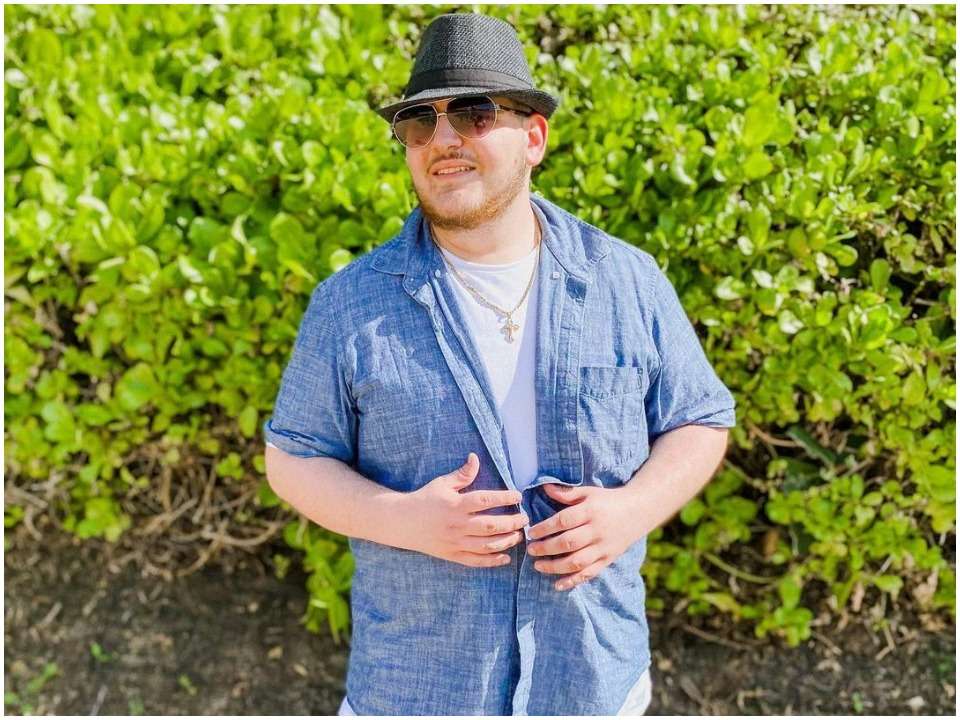 Christian Guardino is an American personality who was born and brought up in New York and belongs to Long Island. Specifically, he hails from small-town Patchogue, where his family lived. His family and friends are so proud of him for his successful journey on the show American Idol 2022 and since he began his career. The Long Island native sang a major chord on ABC’s American Idol, and earned a spot in the top 24 contestants, along with a trip to Hawaii to compete further at Disney’s Aulani resort. Despite being born with a rare eye disease that brought blindness to his eyes, he turned his destiny and is now making his journey to earning a name on one of the industry’s biggest platforms.

Christian Guardino was born on 14th March 2000 and grew up in Long Island, New York. He was born with a degenerative disease that left him legally blind when he was just 6 months old. Guardino worked hard, earned a golden ticket to Hollywood, and tried everything that could sharpen his voice with skillful talent. His mother is of Irish descent and his father is from Sciacca, Sicily, where they both met. In one of his interviews with the New York Post, Guardino said that his mother was on vacation in Italy when she met his father. Despite his parents in the family, he has an uncle who used to run a bar called PeraBell on Main Street in Patchogue. The whole family looks after the parties going down in the bar every day.

He already made his journey in the industry of singers when for the first time he appeared on NBC’s America’s Got Talent. He was 16 years old when he first appeared for the talent hunt show and received a golden buzzer after performing the song “Who’s Loving You” by Jackson 5’s. Chris earned an entry straight to the semi-finals, and got the chance to showcase his talent by singing Ed Sheeran’s “Make It Rain” and many others before finally going back home. He has made his long journey from the auditions to the semi-finals in season 12 of America’s Got Talent. As mentioned earlier, the American Idol contestant has been going through a kind of disease that affects the retina of the eyes.

Due to this rare disease, he was legally blind at the age of 6 months old and his vision started declining further till he attained the age of 12. But he and his family didn’t just surrender their energy in the middle of the path to success. His mother created a support group on Facebook and eventually led his young child to go through a type of therapy for the retina called gene therapy. He received his hospitality services at the Children’s Hospital of Philadelphia and gained back the significant amount of vision that made him able to see things and colors.

Christian Guardino, enjoys an active lifestyle on social media with around 24K followers on Instagram and 11K followers on Twitter. Despite this, he has achieved the success of making two singles so far. He got the chance to work on his self-made single albums called Missing Part of Me in 2018 and Waiting in 2019. With his singing ability and exceptional talent for making voices, he wants to bring a message of love to the people who believe and enjoy listening to him. He says that instead of focusing on the stupid scenarios of life it is better to enjoy and have fun while being together. This is what he wants to bring in every person who wants to listen to him.

Even though he is now an online and internet sensational star, he believes to keep his life private. Although a few last years back in the past have been quite difficult times for him and his family because of his rare eye disease, the young and inspiring constant earned a spot in the top 20 making himself to compete in Hawaii. Formerly, he has remained America’s Got Talent contestant and put his soulful spin while singing the song Imagine by John Lennon. The young star appreciates the show American Idol 2022 after overcoming his rare disease and the major difficulty of his life caused by the retinal disorder. He says that the show makes him feel like the luckiest person in the world.

Christian Guardino appeared on television for the first time at the age of 16 and again he is ready to showcase his exceptional talent on the stage of American Idol. He released his two single albums back in 2018 and 2019. It is for sure that he might be earning a moderate amount of money supporting his everyday lifestyle.