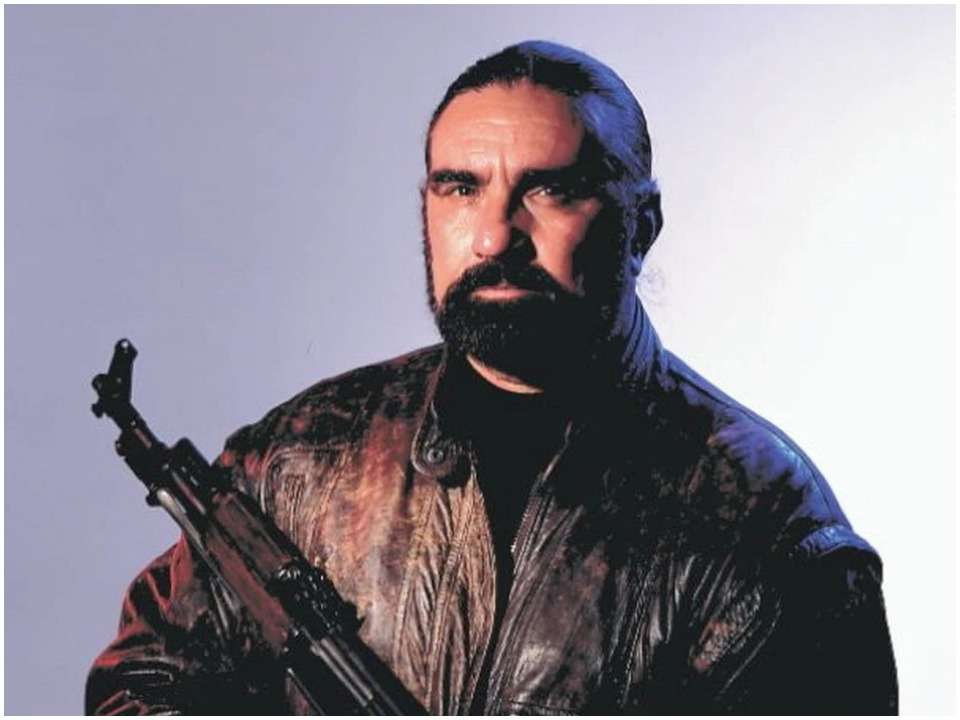 Richard Marcinko was an American personality who was a U.S. Navy seal commander and Vietnam War veteran. He was appointed as one of the first commanding officers of SEAL Team Six. After retiring from the US Navy, Richard became an author, radio talk show host, motivational speaker, and military consultant. Richard Marcinko died on the day of Christmas, i.e., 25th December 2021. Richard was 81 at the time he died. He had many nicknames before his death. Some of them include Dick, Rick, The Geek, Demo Dick, Rogue Warrior, and others.

Richard Marcinko was born on 21st November 1940 and was brought up in Lansford, Pennsylvania. He belongs to Croatian and Slovak descent as his father was a Croat from Herzegovina and his mother was from Slovakia. When Richard was young, his family moved to New Brunswick, New Jersey. Richard dropped his studies and tried to enlist himself in the United States Marines. But, he was rejected because of the lack of a high school diploma. Later in September 1958, Richards got himself successfully registered in the list of United States Navy as a radioman.

He completed his training in the Underwater Demolition Team/ Replacement (UDTR) in June 1961 and graduated from Class 26 in October 1961. Richard graduated from Officer Candidate School in December 1965. He was later commissioned as an ensign. In June 1966, Richard was reassigned to SEAL Team Two. Richard received a Bachelor of Arts degree in International Relations. He completed his graduation from Naval Postgraduate School. Later, he went to Auburn University at Montgomery from where he received a Master of Arts degree in political science.

Richard Marcinko was hired as a commander of the United States Navy SEAL. He also served as a Vietnam War veteran while being the first commanding officer of the SEAL Team Six. Richard had to complete his imprisonment of 21 months. After which many writers became eager to know about his life. He became a motivational speaker, author, and radio talk show host after retiring from the US Navy. Richard earned a lot of accolades due to his services to the US navy. Some of his accolades included the silver star, legion of merit, four bronze stars, two Navy Commendation Medals, and a Vietnamese Cross of Gallantry.

Richard was convicted of conspiracy against the US government on 24th January 1990. He was charged because of lying to the government, in case of conflict of interest and carrying out a conspiracy. He was involved in a kickback of $113,000 paid to Ramco International. Ramco International was a company set up by Marcinko and former SEAL John B. Mason and another former SEAL. On 9th March 1990, Richard was sentenced to 21 months of imprisonment and was also fined a sum of $10,000. He has also detailed his arrest in his autobiography in the last chapters.

Richard Marcinko married two times in his entire life. He first married Kathy Black and later with Nancy Alexander. He was tied two times in the vows of marriage. Dick married Kathy Black in 1962 and they, unfortunately, divorced each other in 1985. Kathy was a private personality. She was an American woman who was the first lady of Richard’s life. They together had two children, named Kathy and Richie. Kathy Black was also known as Kathryn Marcinko. She died in Virginia Beach on 13th November 2011.

Later, Richard met another lady of his life named Nancy Alexander. They both got married on 4th September 1993. They together had a wonderful life and happy living until the death of Richard, who died at the age of 81 on 25th December 2021. Nancy Alexander is also an American personality who is quite beautiful, and famous because of her marriage to Richard. Nancy Alexander is also a private personality. She didn’t give any detail in the media regarding how she met Richard before marriage. However, it is said that Nancy is currently 61 years old. She was born in February 1960.

Richard had achieved a lot of titles before his death. He was the most successful personality while being an active member of the US Navy. Before his death, he had a net worth of around $13 million. Richard had to go through many controversies while being young. Because of which he had to get imprisoned and thereby everything got stopped for him. But, he continued to be successful and achieved a lot of other professional titles like radio show host, author, military consultant, motivational speaker, and many more.