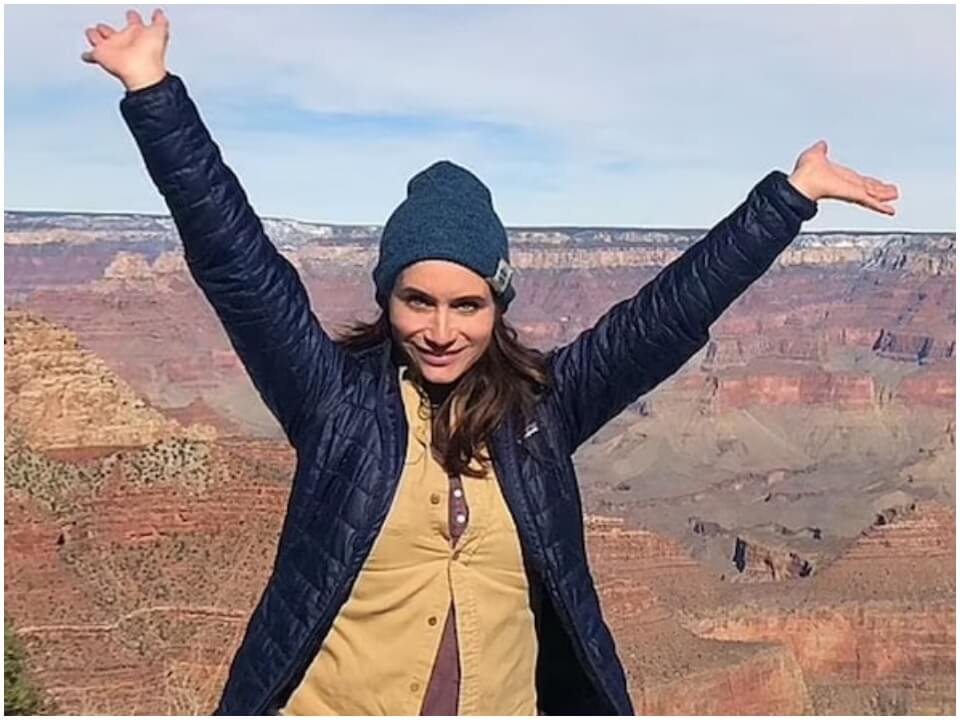 Patricia Cornwall is a former actress and playboy model. She has been accused of fighting and injuring the passengers and employees on a Delta Airlines flight. The flight was assumed to be landing in Atlanta. She could be seen in the video telling an older passenger to ‘mask up’.

A native of Los Angeles County, California Patricia was born on 27th November 1970. She is 51 years old divorced woman with two grown-up children (residing in UK) and has been working as a luxury property specialist since 2009 with diverse realty firms. Previously, Cornwall was in the limelight because of using the name Patty Breton. Patty Breton is an actress who has done several movies like Playboy: Cheerleaders, Baywatch, and many more. Cornwall goes by the name of the actress on Facebook.

The incident took place on 23rd December 2021 while a Delta flight was going from Tampa to Georgia. According to the reports, Patricia was accused of evoking the names, punching and spitting on a passenger, and doing burglary into the flight. Patricia Cornwall is a 51-year-old woman who had to spend her Christmas day inside the bars. She made her appearance in front of the court in Atlanta on Monday, 27th December 2021.

She was later released with a bond of $20,000. For now, she has been barred from traveling on common carriers except her flight home to Los Angeles. The federal court has given her the name Patricia Yannet Cornwall. Cornwall was additionally barred from using alcohol and drugs. As per the court rules, she can fly to Los Angeles and back to Georgia for court appearances. She is currently taking her anxiety medications and it has also been reported by the court judge.

On 23rd December, 2021 Patricia Cornwall was seen assaulting an elderly man who was eating and drinking while keeping his mask off. The whole incident was filmed by one of the passengers. The video has now gone viral. It could be seen in the video that Patricia Cornwall was trying to disturb the people surrounding her. She pointed out the common action of an elderly man who was eating while keeping his mask off. It was an obvious action. But, she behaved in a way to instruct him and keep sticking to her own decision.

As soon as the video gained attraction on social media, netizens started dubbing Patricia Cornwall as a ‘Karen.’ It is an internet slang word that describes a white, racist, and privileged woman more demanding than normal. The incident took the phase of intense argument between many people present on the flight at the moment. Although she was asking the older man to keep a mask on his face, she ironically pulled down her mask to get involved in the argument. She showed her chin to the man and said the words like “Put your f**king mask up!” she also showed her anger to the passenger while saying, “don’t you dare talk to me like that!”. Patty yelled at everyone as if she was the only one to travel on the flight. She made everyone get out of their comfort level and face her for the argument.

Cornwall also resorted to physical assault. She struck the man, spit on his face, and fingered him for not masking up his mouth. On the other hand, the environment became vivid and full of anger. The crew members tried their best to bring calm back to the flight and also let the lady be patient. Police immediatelt detained her as soon as flight landed. She was later transported to the FBI for investigations. Her video of fighting with the elderly figure has gone viral on social media. People are saying that she should be banned from flying to other areas. Legal investigations have been started, and she is already facing felonies and other charges. Apart from criminal assault, she also stands for battery felony, which is the obvious one.