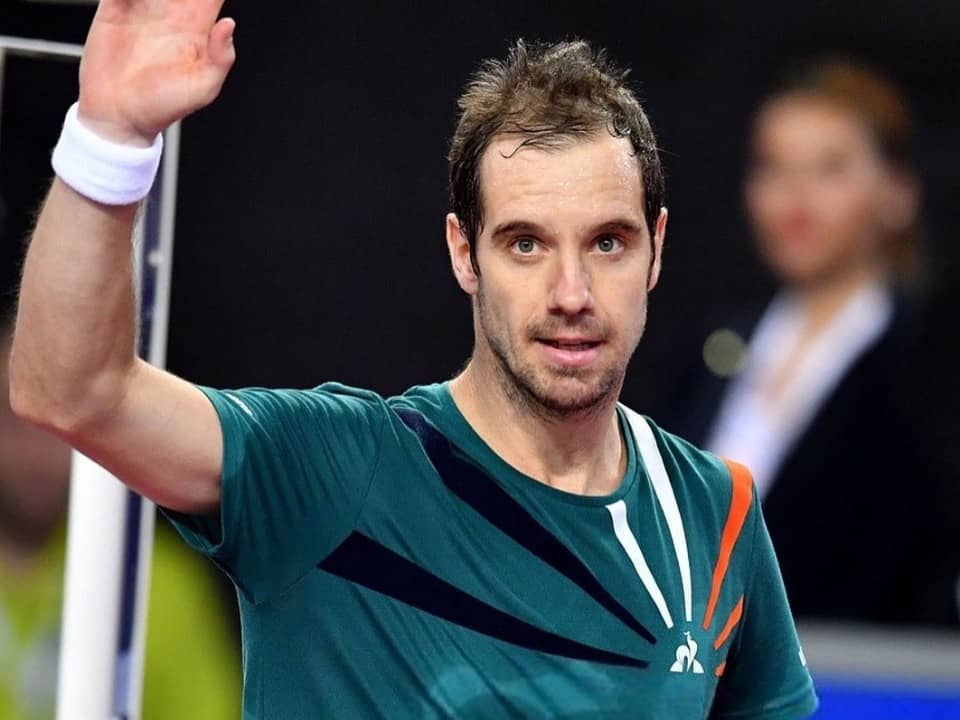 Richard Gabriel Cyr Gasquet, more often known as Richard Gasquet, is a 35-year-old French lawn tennis player. He is a right-handed player who set a career-high of No. 7 in the ATP Singles Rankings in 2007. Richard, who is currently based in Switzerland, is a dedicated and hardworking player with a worldwide fan base. He competes in a variety of events and always gives his all, no matter how big or small the battle is.

On the ATP Tour, he clinched 15 singles titles and he is a versatile player who excels on a variety of courts. He also has a fantastic single-handed backhand, which is regarded as one of the best in the world of tennis. Richard also deserves respect for his ability to operate successfully in different types of courts. He can volley consistently and press the endpoints to the net, which buys him time.

Richard was born in Beziers, France, on July 18, 1986, to Francis Gasquet and Maryse Gasquet. He began playing tennis at the age of four, with the help of his father. Everyone could tell he was a natural at it when he was a toddler. He performed admirably and has a slew of awards to prove it. By the age of twelve, Richard had established himself as a tennis prodigy. He won the Les Petit As, which the BBC describes as “the unofficial world junior title.”

His mother and father were both tennis coaches, thus he had not only a head start but also a hereditary proclivity for the sport. By 2002, Gasquet had won the World Junior Championship, a Monte Carlo Men’s event, and junior tournament titles in the French and US Opens. At the age of sixteen, he became the youngest individual to enter the top 200 men’s year-end rankings. In 2004, he won the French Mixed Doubles Championship alongside Tatiana Golovin, another French adolescent tennis player. Richard’s winning streak continued when he won his first singles match in Nottingham, England, marking his Davis Cup debut, and became France’s top-ranked tennis player.

Gasquet began his career at a young age, reaching the finals of the ATP Tour Singles in Metz at the age of seventeen, where he lost to Jérôme Haehnel. Richard  had a fantastic year in 2005, conquering many things despite missing the opening seven weeks of the season due to chickenpox. When he recovered, he went on to win Challenger titles after Challenger titles. He also defeated Rodger Federer, the world No. 1 at the time, at the Masters Series Tournament in Monte Carlo. As a result, Gasquet became the youngest French player to ever defeat the world’s No. 1 player. However, he was defeated by Rafael Nadal in the final. In 2005, Gasquet won his maiden Grand Slam title, the French Open.

Richard also won his first ATP tour singles title on his nineteenth birthday. Richard  lost against Tommy Hass at the 2006 Australian Open, but he evened the Davis Cup score by defeating Tommy. Despite a poor first half of the season, he successfully defended his title in Nottingham. He was defeated by Roger Federer in his first match at Wimbledon. For the second half of the season, Gasquet resurfaced in better shape. He advanced to the US Open and the Canadian Open, where he was defeated by Federer once more. On Lyon’s indoor carpet, he won his third ATP Tour Singles championship that year. As a result, he achieved his goal of reaching the ATP singles finals on all four surfaces in the same year.

Richard is still single officially because no announcement done by him or any mainstream media. Although, Laury Thilleman is said to be his long-term girlfriend, and if we believe reports, they’ve been dating since 2012. Richard, like most athletes throughout the world, is quite active on social media. He frequently updates his social media accounts, such as Instagram and Twitter, with information on tennis and his personal life.

Richard Gasquet has amassed wealth as a result of his successful and long tennis career. He is said to be worth around $10 million. Through championships and sponsorship, he was able to obtain these. We don’t have enough information about Richard’s cars or lifestyle. Those details will be updated as soon as possible.

The Frenchman hasn’t quite lived up to the adoration he received as a teenager, but he has built a good career for himself. While he has remained a step behind, he has put in admirable efforts against the rest of the field, as evidenced by his strong Grand Slam results.