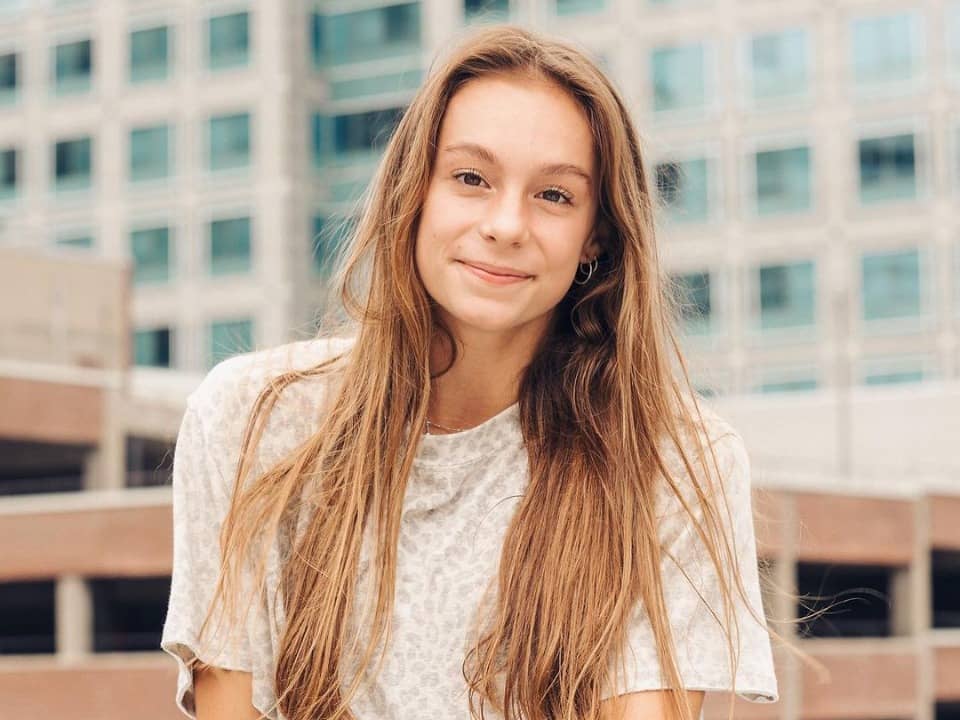 Grace McCallum is an American artistic gymnast who has been a five-time member of the United States Women’s National Gymnastics team. She is the individual all-around champion of 2018 Pan-American and Pacific Rim. She was part of the U.S. gymnast team that won the gold medals in the 2018 and 2019 World Championships. Grace also made her way to represent the United States at the 2020 summer Olympics as a part of the Four-person team.

Grace McCallum was born on 30th October 2002 in Cambridge, Minnesota to Sandra and Edward McCallum. She grew up with her three brothers (Joseph, Jhon, and Xavier) and two sisters Rachel and Madelyn. Grace also has a German shepherd named Bella and a German shepherd/Husky mix named Hazel. She loves swimming and tubing at the lake with family and friends, watching movies, and traveling. As being a gymnast Grace completed her high school through online classes from Connections Academy.

Grace started her junior career when she took part in U.S. classics 2017 as a junior gymnast and stood third. She made her senior career debut and was officially added to the National senior gymnast team in 2018. She competed at Pacific Rim Gymnastics Championship 2018 where she won gold in team and all-around finals and silver in vault and floor exercise. Grace also competed at Jesolo Trophy and National championships that year. Grace won the gold medal in the team finals of the Pan America championship. Next year in 2019 Grace won a silver medal at the American cup and GK US Classics.

In February 2020, her name was announced as one of the gymnasts who would represent the U. S. at the Birmingham World Cup but due to Covid, the event was canceled. Grace again started off in 2021 by competing at the American Classic, where she competed only on the balance beam. She also won bronze on the balance beam in National Championships and was eventually named to the National Team. Grace recently showcased her skills and proved her worth by getting entry into the USA gymnastics team at Tokyo Olympic later this month.

Grace McCallum is just a teenager and single, she is not into any relationship till now and focusing on her gymnast career. Grace is active on Instagram where she posts regularly about her day-to-day activities and is followed by 60.5k people. She has gained 6k plus followers on Twitter and a private account with 100 friends on Facebook.

Grace is just a teenager and has achieved a lot at such a small age, she is estimated to have a net worth of $7,00,000 till now. She has earned a decent amount of money from competing in various competitions and yet to achieve more in upcoming years.