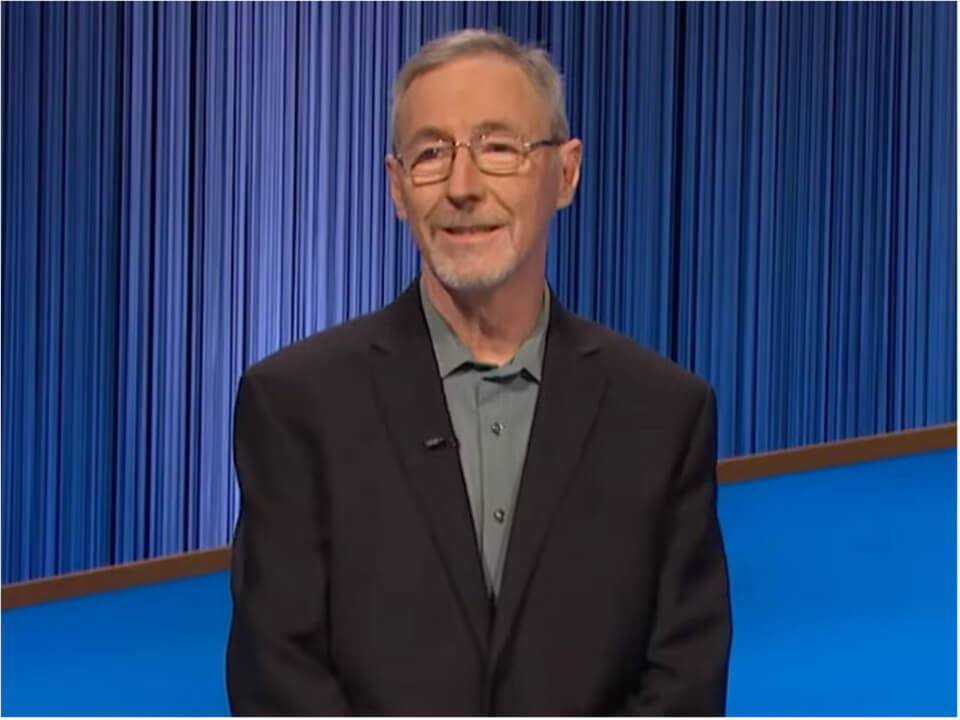 Ray Lalonde emerged as the Canadian champion who is on a winning streak of 12 games on Jeopardy! You must go through a lot of struggle over the years and many other selection rounds to be on the television show. One such hardworking personality who came on the show is Ray Lalonde. Ray Lalonde is on the roll and becoming an internet sensation after winning the 12th game straight in Jeopardy. Despite his age, with his immense knowledge, and skills, he managed to win the hearts of viewers.

He is now unstoppable and looking more hungry to grab more wins in the upcoming days. Ray had the face-off against automotive marketing consultant Andrew Schmidt and assistant attorney general Miranda Onnen. Initially, he came on the stage on 15th December 2022 (Thursday) and stood against the other two contestants, Sean McShane (the three-day champion) and Allie Kallmann.

A native of Toronto, Ontario, Ray Lalonde was born in Thunder Bay. Ray works as a scenic artist in IATSE (The International Alliance of Theatrical Stage Employees) in the paint department. Ray went to Hillcrest High School and left his town at the age of 19 to attend university.

He provided his services in the art department in the television shows such as Killjoys (2015), Trauma (2010), and Au secours de Béatrice (2014). On the sets, the scenic artist works on plywood and makes it look like real things be its brick wall, stone walls, marble, or any other thing, but it’s all fake.

Ray had total earnings of $60,600 for the two days. Initially, the three Day winning winner, Sean McShane, was ruling the stage on 15th December 2022, Thursday. The same day he stood against Ray a scenic artist from Toronto, Ontario- one of the two other contestants. Sean saw three-day winnings with a total winning amount of $80,401. Finally, he was defeated on 15th December by Ray Lalonde. Both the contestants gave tough competition to each other, and it was interesting to see the head-to-head match where Ray answered 12 questions and bagged $6,600.

On the other hand, Sean gave 11 correct answers and bagged $7,800. For now, Ray Lalonde is leading the Jeopardy stage with a total winning of $22,600 + $10,000 = $32,600- for 15th December 2022. He is officially now the returning champion defeating or dethroning Sean McShane. At this moment, Ray is on a winning streak of 12 games and will return to defend his title of champion on tonight’s episode on 2nd January 2023. Below is the day-wise breakout of Ray’s winning at the end of the final jeopardy round including the total amount.

Ray might be a married man but we can’t find any solid proof that states the same. Also, there is no information available about him on the internet or on social media so it’s really difficult to say about his relationship.

Ray is working in the painting department as a scenic artist so if we take a look at an average salary of that it comes to around $75k annually. Besides his winning amount on the show is $354,300 and he would like to add as much as he can by retaining his title of jeopardy champion on tonight’s episode as well.