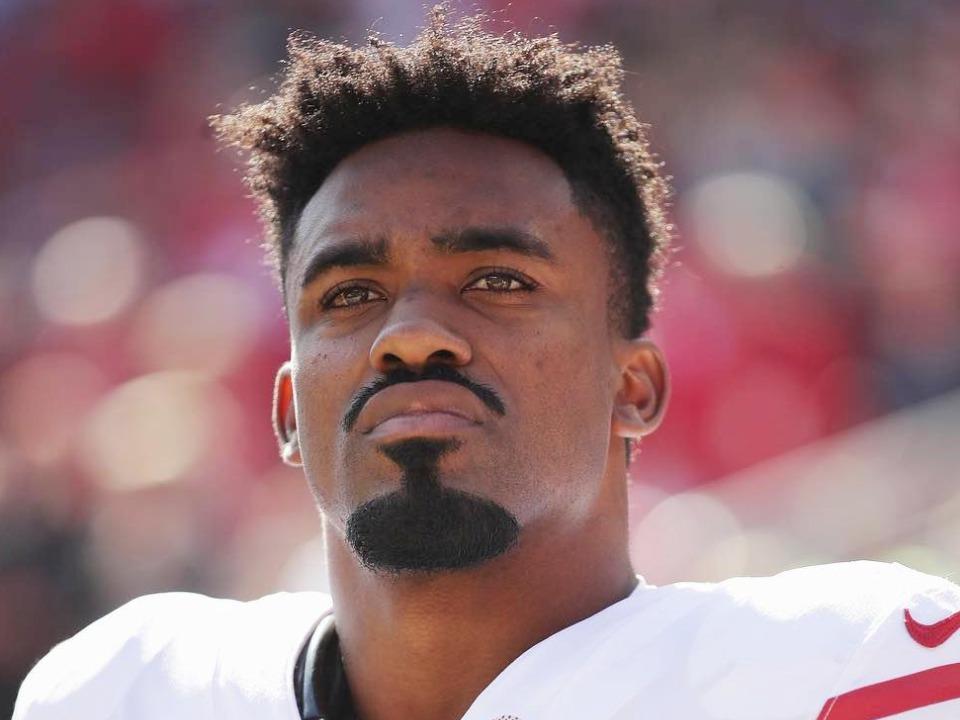 Raheem Mostert is a hardworking American Football Player who plays for the San Francisco 49ers which is an NFL Team. He has also played for various other NFL teams such as Philadelphia Eagles, Cleveland Browns, New York Jets, Chicago Bears, and Miami Dolphin. During his school days, he was an active sportsperson in Track and Field games and American Football. In 2020 he suffered from an injury where he left the game in week 2 against New York Jets. Raheem Mostert was born on 9th April 1992 in Westside, Florida. There isn’t much information about his family but he never met his biological father. He did his schooling at New Smyrna Beach High School and decided to attend Purdue University after receiving many scholarships for sports.

When Raheem was in New Smyrna Beach High School, he played football and participated in Track events where he excelled in Jumping, Sprinting, and Hurdling. He participated in Central Florida All-Star Game where he scored three passes, nearly 100 yards, and returned a kickoff 94 yards for a touchdown, and was later named MVP in 2010. In 2010 at FHSAA 3A Outdoor state finals he completed 100-meter race in 10.68seconds and was 4th in 300-meter hurdles in 37.95 seconds. He is a member of Purdue team and was also ranked NFL as the fastest college football in NCAA.

In 2014 he played at the Big Ten Indoor Track and Field Championship and bagged a gold medal and also was qualified for NCAA Outdoor Track and Field Championship. He attended college from 2011-14 and played football. He played against Penn State, Badgers, and Western Michigan. With his amazing result, he was named the Captain in the 2012 season. He completed with a total score of 136 carriers for 759 rushing yards and 6 rushing touchdowns with 34 kick returns for 2,289 yards. In his professional career, he signed with various NFL teams.

In 2015 NFL Draft he was an undrafted free agent on team Philadelphia Eagles. He scored a total of 351 yards and also 5 kick returns for 162 yards. Later on 6th September, he was signed to the practice squad. On 14th September 2015, Miami Dolphin signed him off the previous practice squad. He scored 2 kicks for 57 yards during week 2 and the next day was signed by Baltimore Ravens. Even in Ravens, he has placed browns 53 man roster. However, he scored 5 kicks for 164 yards in 7 games. Later he was also signed by Cleveland Browns, New York Jets, Chicago Bears, and San Francisco 49ers. On 28th November 2016, he signed to San Francisco 49ers and was promoted to an active roster.

On 3rd March 2017, he married Devon Beckwith; she is a soccer player from Ohio. The couple pretty much seems to keep their love life low-key. In June 2018 they had their first child named Gunnar Grey.

Raheem spreads awareness about conserving the ocean because it is getting destroyed due to manmade activities and he has also spent most of his childhood days on beaches. Apart from that, he also educates about a type of skin cancer which is Melanoma. In May 2012 he was preseason at Jet award Watch list. In Purdue’s history, he won the Big Teen Freshmen of the Week Honour. He was also the team captain. He is the winner of the Perry/Yonamine Award in 2018. In 2019 and 2018 he was awarded Community Relations Family Service Award.

He is a rising NFL player plying for the San Francisco 49ers, has an estimated net worth of $1.81 Million. His source of income comes from his profession which by playing football.