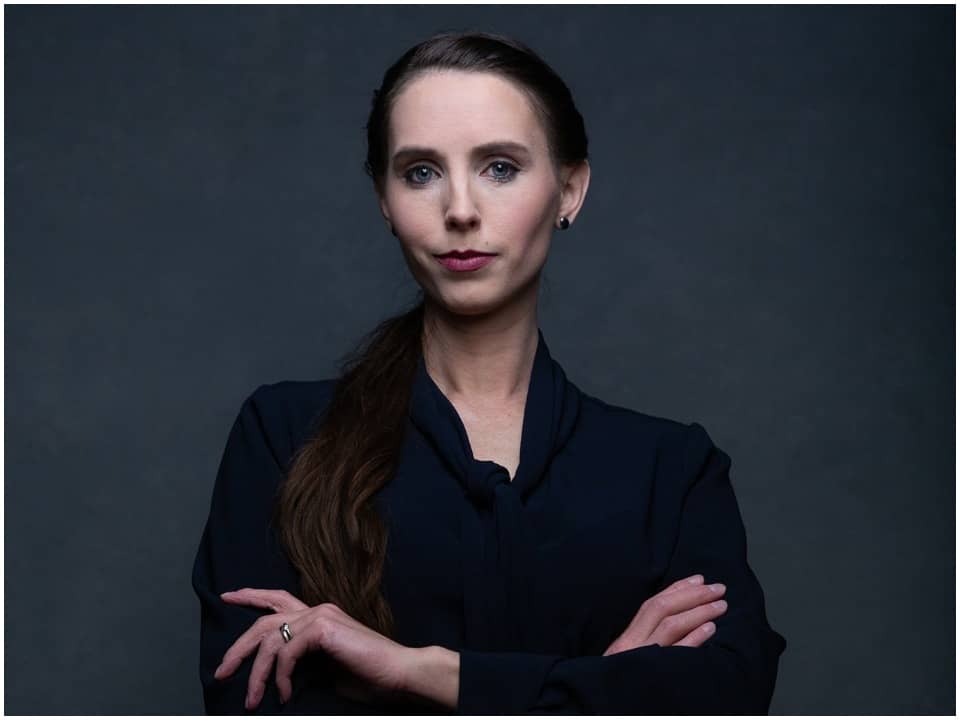 Rachael Denhollander is one of the bravest women at the moment who raised her voice to provide justice to the girls and women who are victims of Larry Nassar. She is an American attorney and author and is famously known as the first woman to accuse USA Gymnastics doctor Larry Nassar of sexual assault and was honored as the Glamour woman of the year award in 2018. She is also known as a former gymnast.

Rachael was born on 8th December 1984 in Kalamazoo, Michigan, the USA which made her 36 years old as of now. She was born to her parents Camille and Paul Moxon. Rachael grew up loving and learning gymnastics and practiced in local clubs. She was born in a Christian family and is of white Caucasian ethnicity. Rachael was home-schooled till high school and focussed on practicing gymnastics. She later went on to pursue a degree in law from Oak Brook College of Law and Government Policy and further went on to pursue an honorary doctorate from the American University of Paris.

Rachael started her career in her early teen years as a gymnast and used to practice and take coaching in the local clubs in Michigan. She wanted to become a gymnast but later after being sexually abused, she decided to study law. Rachael later filed a case against Larry Nassar in 2016 with the Michigan State University where he worked as a Gymnastic doctor and sexually assaulted several girls and women. She helped to secure a settlement of $500million to Michigan State University for the sexual assault survivors. Rachael started working as an Attorney at corporate firms and was part of several boards as an executive.

She also worked as an advisor for several University Boards and works in the political field as well advising and advocating the interest of sexual assault survivors. She is a member of the California Bar Council and also addresses the American Bar Association‘s Sports Law forum. Rachael was included in the list of Time Magazine’s 100 most Influential people in 2018 and the same year, also received the Glamour Woman of the year honor. She along with all other sexual assault survivors was also presented the Arthur Ashe Courage Award in 2018. She is also an author and has published three books in 2019 with Tyndale under the title “what is a girl’s worth?”, “Discover your true worth” and a children’s book “How much is a little girl worth?”.

Rachael accused the Gymnastics doctor Larry Nassar in the year 2016 of sexually assaulting her when she was a 15-year-old Gymnast seeking treatment for her lower back pain. She filed a Title IX complaint and also shared her story through the newspaper Indianapolis Star. Around 200 other women came forward accusing Larry of sexual assault. Although the accusations were initially declined by Larry, he was eventually admitted and is now imprisoned with a life sentence.

She has recently also spoken up against the mishandling of all the cases against Larry by the FBI and also shows her lack of confidence in the justice system and law enforcement which neglected 100s of accusations against him and every other person who raped or molested women but was never charged. She also feels that even after three years of starting the movement against molestation in USA gymnastics, nothing has changed.

Rachael is currently married to her husband Jacob Denhollander. The two met in the year 2006 and have since been together. They have 4 children Johnathan, Annaliese, Elliana, and Elora. She has not shared much about her personal life other than this and is known to be settled in Louisville, Kentucky.

Rachael has been working as an attorney for around half a decade and has earned a lot of wealth through her work as an attorney, as an advisor to public offices, and also as a speaker and author. Her net worth as of 2021 is estimated to be around $2million.

Rachael is a strong-minded woman who stands against the evil and the wrongs in society. She is brave enough to speak up against the strong and become a voice for the oppressed. Rachael did not get discouraged or silenced after facing sexual assault but instead decided to speak up and fight for justice. She grew along with her pain and became a much better, stronger, and confident person.