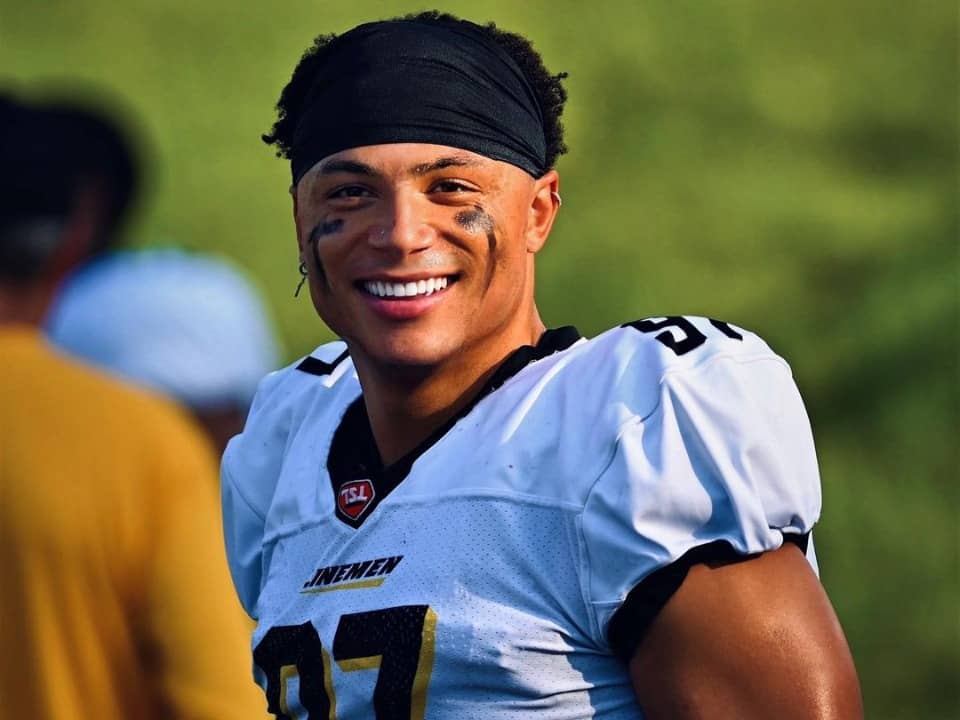 Chase DeMoor is a handsome young American TikTok star, content creator, and television personality. Apart from this, he is also a sort of a professional football player who gained lots of popularity for showing off his amazing talent and skills on TikTok. Most recently he became a hot topic after appearing in season 2 of the Netflix reality series called Too Hot to Handle. Prior to getting fame from Too Hot to Handle, he already amassed huge numbers of followers on TikTok. He posts videos related to dance, comedy, lip-syncs, and football, and acrobatic videos on the platform.

Chase DeMoor was born on June 12, 1996, in Eatonville, Washington. He was born to his father whose name has not been revealed as he died when Chase was very young. He is the son of his mother Jennifer DeMoor Torrence who later on married his stepfather Charlie Roach. Chase lost his father when he was 10 years old so he had to live with his abusive and arrogant stepfather. Chase has 3 siblings which include an older brother and was raised and currently lives in Seattle, Washington in the United States of America.

He is the grandson of Donald Lee DeMoor which is his biggest influence. As a student, Chase attended Eatonville High school. After his high school graduation, he went to the College of the Siskiyou from where he graduated and earned his degree. The field he majored in is not yet known but is expected to have a degree in the field of sports. He is the alma matter of Central Washington University.

Chase started playing football since he was 14 years old. He then joined his school football team and emerged in two ball games. He showed his defending skills which would be appreciated by any coach and thus, he get a chance to play for the Montreal Alouettes. Chase got his University admission through a football scholarship. He joined the Wildcat football team for his University and played football for two years at the College of Siskiyou where he racked up 5.5 sacks and 12 solo tackles.

After that, Chase led the NCAA with 4 solo tackles 2 sacks, and a forced fumble. He also played for the Houston Lineman on the Spring League and is now playing with the six-time world champion team Arizona Rattlers as a rookie in the Indoor Football League. Chase was also scouted by the NFL and is now training himself at Tforce Athletics for the NFL Draft. He appeared in season 2 of Too Hot to Handle which first aired on June 16, 2021, on Netflix.

As for his personal life, Chase is currently single. He has been focusing on his career and his football. Though is career-focused and has been concentrating on improving his game, he is ready to start a relationship and find a perfect match for himself. It is expected that Chase would find the love of his life through the reality show. Chase has been in a relationship before but the identity of his ex-girlfriend remains a secret.

He is a 25 -year -old man who earns an estimated net worth of $ 500 thousand USD. He earns this sum of money through his career as a footballer. Chase even earns some part of his income through his social media and as a television star. He is expected to earn more after he gets selected as a player of the NFL and once, he gets more opportunities to collaborate with many other social media brands and companies.