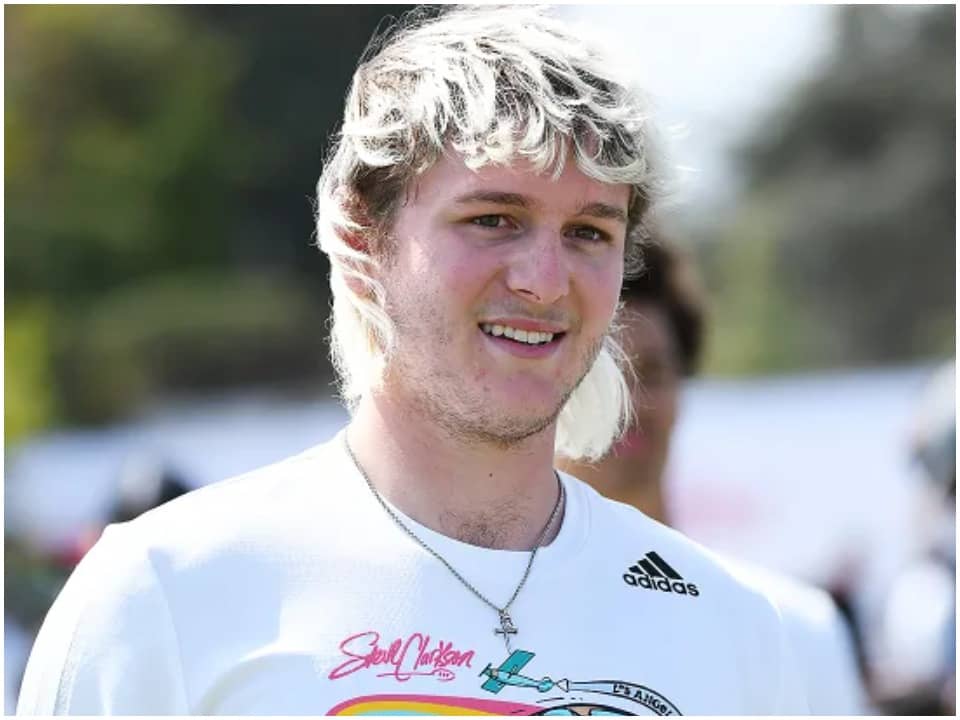 Quinn Ewers is a quarterback for the Ohio State Buckeyes in college football. Ewers made history as the first amateur athlete to sign a $1 million+ contract after taking advantage of NIL rules. Ewers is a 16-year-old first-year college student. Before reclassifying and entering Ohio State in 2021, Ewers is regarded as the finest collegiate prospect for the 2022 high school recruiting class. He is regarded as the best player in the class of 2022, and he has chosen to enter the program a year early. This season, he will play for the Ohio Buckeyes.

Quinn Ewers was born on March 15, 2003, in San Antonio, Texas, to parents Curtis Ewers and Kristen Ewers. His father, Curtis is employed in the oil and gas sector, and he also comes from an athletic background, earlier he performed as quarterback for the Texas high school team. Quinn and his father share a very close bond. From start, he taught him the basic skills required for being a footballer. while His Mother, Kristen is working as a teacher in the Southlake school district and she is also very supportive of his football profession. Moreover, Quinn has two sisters, one younger and the other older.

Ewers, who lives in Southlake, Texas, went to summer school to finish the one semester he needed to get his high school graduation from Carroll Senior High School, where he had played football and baseball. Quinn Ewers will begin his college career at Ohio State in August 2021, and he has already joined the squad for preseason training camp. Ewers threw for 3,998 yards on 291 of 402 attempts, 45 touchdowns, and three interceptions. Duncanville defeated Ewers and Southlake Carroll in the quarterfinals of the Texas 6A Division I tournament. Carroll proceeded to the 6A Division I Texas State Championship Game before losing to Westlake High School, and Ewers concluded his junior season with 2,442 yards and 28 touchdown passes in eight games, missing six due to injury.

Following the season, he competed in the 2021 Elite 11 competition but finished sixth. Ewers is widely regarded as the best overall recruit in the 2022 recruiting class as he enters his senior year. On August 14, 2020, Ewers committed to the Texas Longhorns. In October, Ewers de-committed from Texas, and on November 19, he committed to play for the Ohio State Buckeyes. Ewers announced on August 2, 2021, that he would forego his senior year at Southlake Carroll and enroll at Ohio State a year sooner, joining the fall 2021 class. According to Ewers’ declaration, the Texas University Intercollegiate League (UIL) would not allow him to sign sponsorship arrangements to profit from his name, image, or likeness. The NCAA changed its policies in July 2021 to allow him to do so. Quinn will become a star player for the Buckeye team one year sooner than anticipated.

Quinn is a young sportsperson and is dedicated to his game. Curtis is not married nor has any relationship yet. He is right now just focusing on developing his career.

The player will be playing his matches from this year that is 2021, which would be his main source of income. As of now, he was just a high school player.