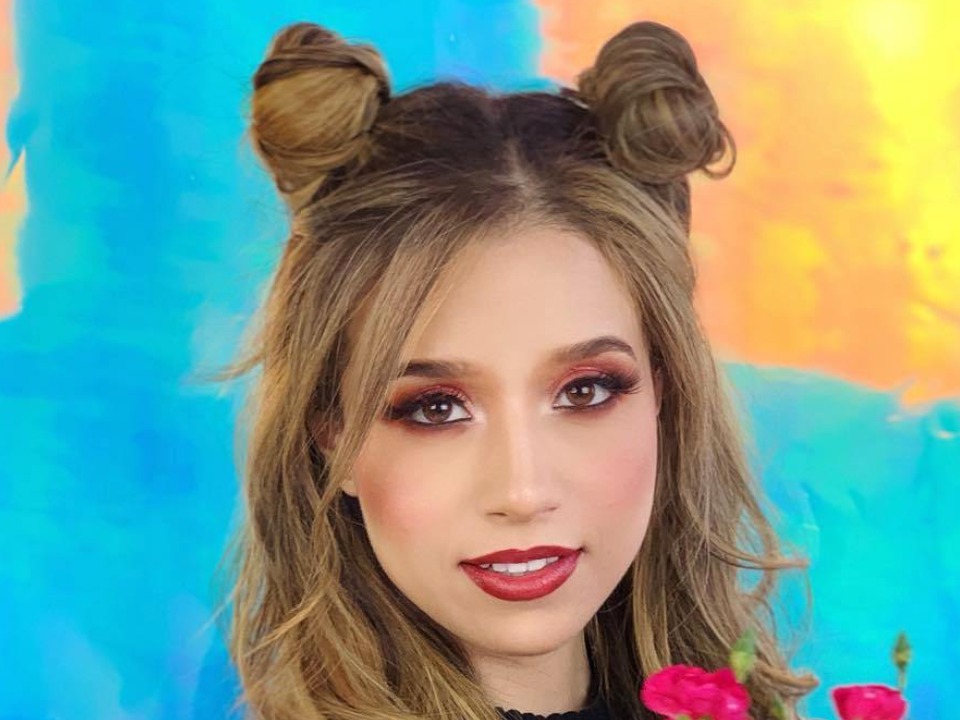 Pokimane is a young, beautiful, talented internet personality, gamer, and content creator on platforms like Twitch and YouTube. She has received more than 5 million views on her videos. She also uploads videos of her Vlogs and shares random experiences with her viewers. Apart from Twitch and YouTube, she is also going to make an appearance in a film named Free Guy.

Pokimane is born on 14th May 1996 in Morocco. Her real name is Imane Anys who goes by the professional name Pokimane. She has not shared her Father’s name but we know that he lives in Canada while she has not shared much information about her mother. In one of her videos, she mentioned that she ain’t the only child in the family, she also has a brother. Soon she moved to Canada because of her schooling when her first language was French. Later she went for her higher studies at McMaster University in Hamilton, Ontario. She was pursuing Chemical Engineering from there and later took a drop out to pursue full-time streaming.

After dropping out of her college she started streaming in 2013 on Twitch and slowly people started liking her videos as the content includes gaming, real-world moments, and podcasts. She has mostly streamed the game named “League of legends”. She has also received sponsorship to stream a famous game named Fortnite. In 2018 “Epic Games” the developers of Fortnite arranged an event where streamers are paired with celebrities.  She was paired up with Josh Hart who is a basketball player.

The tech news website “Digital Trends” describes her that she is perfectly suited to long forms streams as she frequently interacts with her audience. After being appreciated with her content, in July 2018 Twitch Selected her as one of 15 ambassadors for their TwitchCon Event. She was even selected for becoming their partner for Twitch Creator Group so that the series and content may be enhanced and later it can build a successful channel. On 19th May 2020, a website named “Social Blade” ranked her 7th most followed user on Twitch having more than 4.8 million followers.

Apart from streaming on Twitch she also has multiple YouTube channels named Pokimane and Poki ASMR. She shares gaming video clips, Vlogs, content, and podcasts. She has also collaborated with “Offline TV” where she works with other content creators and tries to provide better output to their viewers. As she is a famous internet personality in October 2019, she has got an opportunity to make an appearance in the film “Free Guy” directed by Shawn Levy which is about to release in December 2020. In June 2020 she became a partner and a creative director at fashion brand cloak owned by Markipilier and Jacksepticeye.

On her YouTube videos, she used to post content about Autonomous sensory meridian responses so the awareness can be spread for the same. She creates content where she shares her experience with triggering information. As it helps many of her viewers to fall asleep. In 2018 she won at 10th Shorty Awards for being the Best Twitch Streamer of the Year. The same year she was nominated at the 8th Streamy Awards for the category of Live Streamer and at The Game Awards 2018 for Content Creator of the Year.

Currently, She is single and focused on her career as she has gone through lots of criticism and toxic boyfriend drama publicly. Her rumored past relationships were with Twitch star Fedmyster and Hasan Abi, Youtubers Meteo and Scarra, and musician Kevin Grant. As all the above relationships are rumored and according to sources none of them has confirmed about being involved romantically. She is also friends with famous twitch player Nikki Smith. Recently on 21st July 2020, she confessed that she has not been involved with anyone romantically. She is still confused about her future relationships as she is a very private person.

Her income comes from her content created on Twitch and YouTube along with that she earned it from other sources such as Ads, Sponsored deals, and streams. It is estimated that her net worth is estimated at around $2 Million. Being an internet personality, she is very much active on social media accounts and these sites. She has been followed by 8.3 Million subscribers on Twitch while she amassed 6.7 million subs on YouTube. On Instagram, she has over 5.9 Million fans following her and 3.6 million users followed her on Twitter.