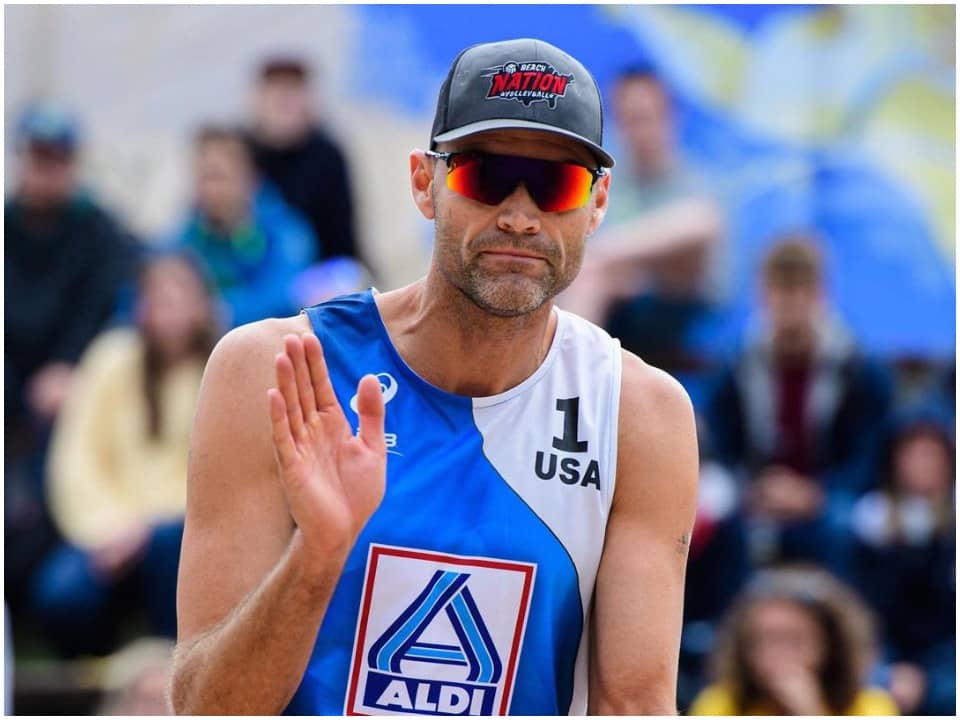 Phil Dalhausser is a volleyball player of Swiss-American Descent. He plays beach volleyball for his team in the role of Blocker. Along with his former playing partner named Todd Rogers, he won various prominent championships, including the AVP Tour of 2007 and FIVB world champions. Moreover, he in addition to his partner Todd Rogers secured #1 team honors in the US tour and FIVB international Tour in the year 2010. He didn’t begin playing volleyball as a professional player until just after college, he used to do some of the part-time jobs including painting the stripes on Florida’s roads.

Phil was born on 26th January 1980 in the Baden city of Aargau state of Switzerland, however, he didn’t spend much of his childhood in Switzerland because he along with his family moved to Florida where he completed his further education. He was born to Mr.Peter, from Germany, and Mrs.Marianne native of Switzerland. Phil didn’t start playing volleyball even in the senior year of school, but he developed this interest in playing beach volleyball when he was in college.

He completed his freshman, sophomore, and high school years from the Mainland High School in Dayton Beach City of Florida, and during his high school, he used to focus more on his academic coursework rather than on sports. Further, he went to the University of Central Florida and secured a bachelor’s degree in Business and along with academics he used to play Beach volleyball for his college team in addition to it he earned great titles and won various championships and awards in various inter-college competitions which gave him the title of the Most Valuable Player(MVP).

Phil was a studious guy during his school time which in turn didn’t give him enough time to focus on games, but when he joined the University of Central Florida he started playing Beach Volleyball for his college team and won the William G. Morgan Award for the most outstanding player and he also played for the club volleyball team. His professional career didn’t begin just after college, he used to work at a concrete company. Phil entered the professional scene in the year 2005 when he teamed up with Nick Lucena and later in 2006 he teamed with Todd Rogers, and both of them were proven killer duo and won multifarious championships.

Further, in the year 2008, he was selected in the Beijing summer Olympics, and he represented his nation U.S with the partner Todd Rogers and they won a gold medal against Brazil duo. Further, in the year they failed to secure a gold medal in the Olympics held in London. Afterward, in the Olympics of 2016 held in Rio he managed to win the debut match with his partner Tunisia but they, unfortunately, lost the further matches.

He was dating a girl named Jennifer Corral for many years and they both tied the sacred knot of marriage in the year 2011, his wife Jennifer Corral is also a professional beach volleyball player. They both are blessed with 2 kids however, their names and photos have not been revealed by Phill yet.

He earns a fair share of his wealth from winning championships, various awards and different people invite him on TV shows, he earns from there too. Moreover, he gets a large sum of monthly salary from his team, however, it is not revealed yet. Further, his net worth is estimated to be $1Million.