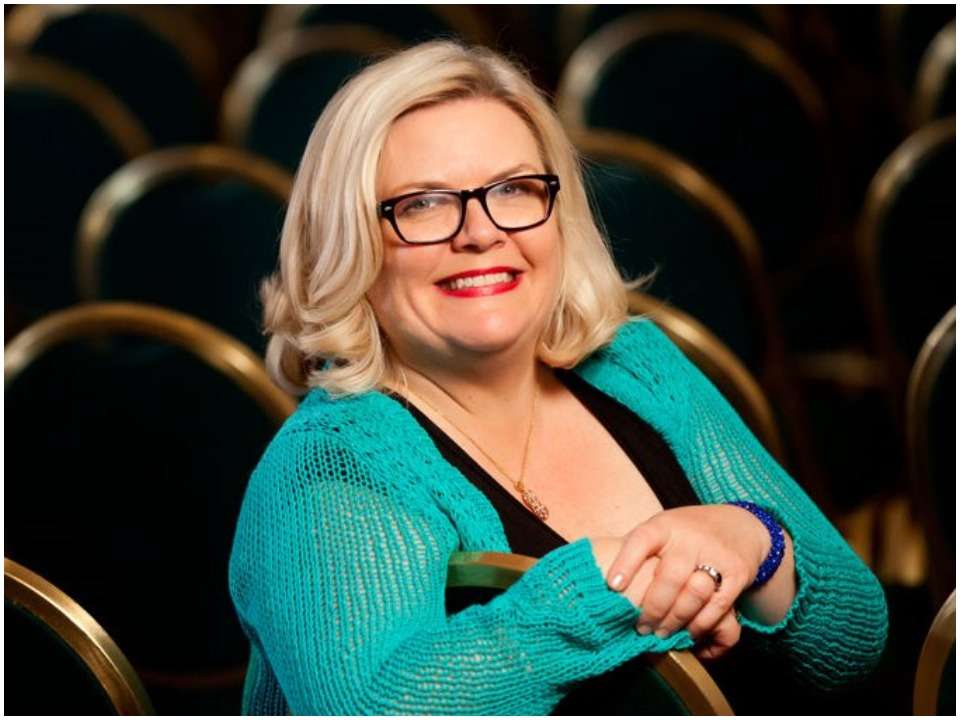 Paula Pell is an American personality who is a comedy writer by profession. In addition, she is a producer, an actress, and best known for her writings for the most-watched series called Saturday Night Live. She has worked for a few notable shows like Inside Out (2015), 30 Rock (2006), and Saturday Night Live (1975).

Paula Pell was born on 15th April 1963 making her around 59 years old as of 2022. She was brought up in Joliet, Illinois, the USA with her family and siblings whose information and identity have not been given to the media. Likewise, Paula has not given any detail about her education and the time when she received her bachelor’s. However, she certainly received her education in visual arts from Orlando’s Seminole Community College and the University of Tennessee at Knoxville. While hustling for her earlier professional life, Paula has worked at Walt Disney World and a few other odd jobs at various nightclubs and the resorts of adult-only tags of the Pleasure Island section.

Paula is famously known for her work with the show Saturday Night Live which she reported from 1995 to 2013. She has attained the credit of creating some memorable characters for the show named Debbie Downer, the Culps, Justin Timberlake’s Omeletteville mascot, and the Spartan Cheerleaders. She has also attained the credit of working as a producer and writer for the sitcom called 30 Rock and she also wrote the episodes of Argus and Floyd. In 2006, Paula wrote a pilot called Thick and Thin which was later picked by the channel NBC including the major 13 episodes with Pell as executive producer but the episodes were never aired in the United States.

She got a few credits in the past for her notable work with another famous comedian, Judd Apatow, with whom she worked to provide additional writing credits for the films like Bridesmaids and This is 40. Paula has also worked as an actress in several episodes of 30 Rock while being the wife of the character Pete Hornberger and simultaneously being the mother of the character Ron Swanson in a 2011 episode of Parks and Recreation. Despite this, she has also worked in another episode of Hulu, the original series of The Awesomes.

Pell was given a small role for doing a cameo back in 2013 in the comedy film called Anchorman 2: The Legend Continues. She has also got the credit for co-creating the web series Hudson Valley Ballers alongside the SNL writer and a fast friend named James Anderson. Pell was seen together with several other notable characters in the 2019 Netflix original comedy series called Wine Country. Back in August 2020, the comedy-mystery show called Mapleworth Murders, for which she credits the work of executive producer and co-writing was aired in Quibi. Most recently, she has gained popularity because of her contribution to the Peacock comedy series called Girls5eva.

Paula Pell married her long-time known friend and the partner of her life (with whom she dreamed of dealing the deal with a white beautiful gown) named Janine Brito. Janine is also a comedian by profession and both the comedians tied the knot in a small ceremony back in 2020 after being forced to cancel the ceremony because of the protocols of pandemic 2019. On the special occasion, both the partners showcase their beautiful pictures on their Instagram timelines. The Saturday Night Live writer was then somewhere around 56 years old and she revealed her pictures with the caption “tears of joy”. Paula is an openly declared gay and was married earlier to exchange the rituals with her partner Janine Brito. She was tied to someone else for 17 years before finalizing the divorce with him and later she married her lesbian partner in November 2020.

At the age of 59, Paula Pell, who is well known for her writing work more than acting, was some time of her life devoted to her acting career which she loved the most. She started her career while nurturing her acting skills and was heavily involved in theater productions. After completing college she attempted to become an actress and thereby she landed herself a few odd jobs. She is an Emmy award-winning personality and is best known for her entertainment work, where she has gathered a huge reputation for her writing styles. She earned awards for her highly appreciated work of music, comedy, and a variety of work credits for Saturday Night Live. It is for sure that she might be earning a good income because of her multi-professional skills and talents.