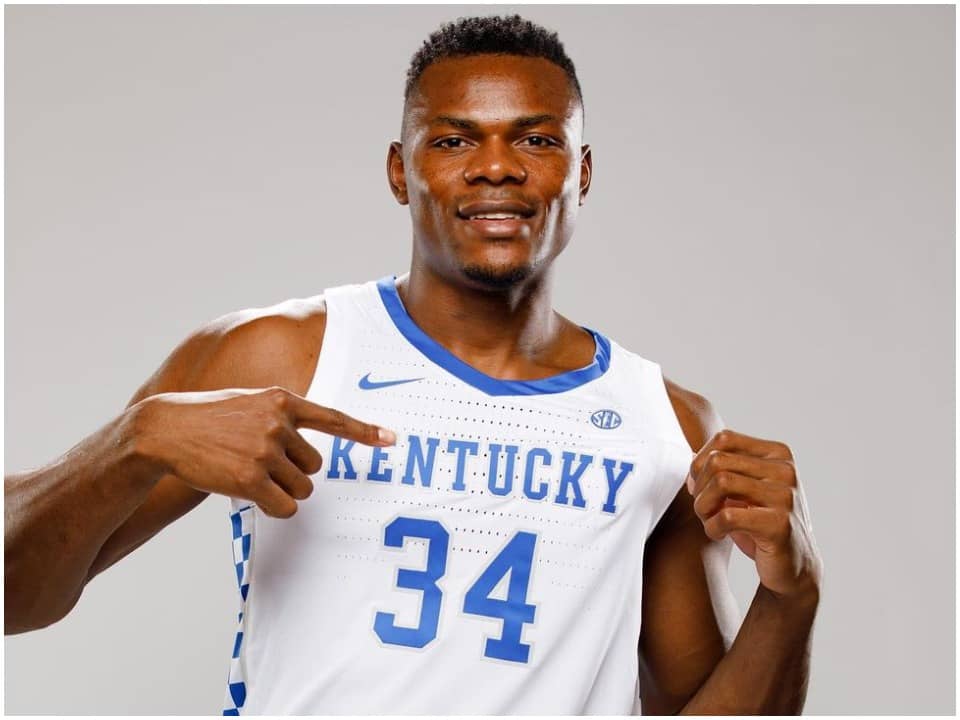 Oscar Tshiebwe is a Congolese collegiate basketball player for the Southeastern Conference’s Kentucky Wildcats (SEC), Previously, Oscar was a member of the West Virginia Mountaineers. Oscar made a dream debut against Duke University where he singlehandedly kept the hopes of their team alive by scoring 17 points and 19 rebounds which resulted in a 79-71 loss.

Oscar Tshiebwe was born on 27 November 1999 in Lubumbashi, the Democratic Republic of the Congo. Jeff Kollar and his wife, who reside near Kennedy Catholic High School, became Tshiebwe’s legal guardians after he began attending the school. Previously, Kollar and his wife were the guardians of Kennedy Catholic basketball players Mohamed and Sagaba Konate. Sagaba Konate also attended West Virginia University and played basketball for the Mountaineers.

Oscar used to play soccer, but because he was tall, he was urged to switch to basketball. Tshiebwe honed his skills by sprinting up and down hills and up a mountain near his house. He participated in a basketball camp led by Bismack Biyombo, a Congolese NBA star who helped him enhance his career. Tshiebwe began playing basketball in May of 2014. Oscar went to Mountain Mission School for his schooling and for College he went to West Virginia (2019–2021) Kentucky (2021–present).

Tshiebwe arrived in the United States in November 2015, just before the start of his freshman year of high school, and enrolled at Mountain Mission School in Grundy, Virginia. He transferred to Kennedy Catholic High School in Hermitage, Pennsylvania, for his junior year. Tshiebwe led his team to a Pennsylvania Interscholastic Athletic Association (PIAA) Class 1A championship as a junior, averaging 21.1 points per game. He was named to the first team of the Class 1A All-State squad. Tshiebwe led Kennedy Catholic to a 24–3 record and the PIAA Class 6A championship in his senior season, averaging 23.4 points, 18 rebounds, and five blocks per game.

He was voted Pennsylvania Gatorade Player of the Year and was a first-team All-State selection in Class 6A.  On the Adidas Gauntlet, he averaged 21.6 points, 11.8 rebounds, and 3.1 blocks per game for ITPS Wildcats Select. Tshiebwe was a member of the McDonald’s All-American Game and the Nike Hoop Summit teams. Oscar averaged 8 and a half points and 7.8 rebounds in 10 big games as a sophomore before departing West Virginia for his own personal reasons. Tshiebwe transferred to Kentucky on the date January 10th, 2021, after considering Miami (Fla.), NC State, & Illinois.

Currently, Oscar is not dating. He doesn’t have any girlfriends. We don’t know much about Oscar’s previous relationships or engagements, Oscar has no offspring, according to our records. Oscar has 27k followers on Instagram with only 35 posts on that social media account. On Twitter, he has 13k fan followers.

This young player’s net worth is estimated to be between 1 and 5 million dollars, although the precise figure has yet to be revealed. Oscar has a wealthy lifestyle, with a large salary and valuable assets.