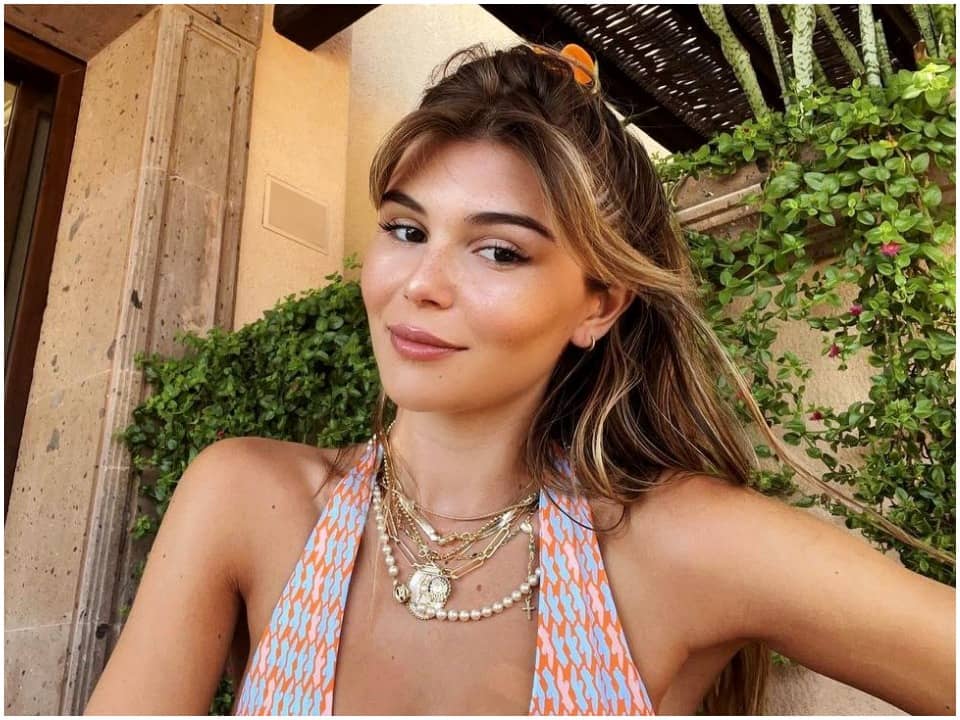 Olivia Jade is a famous American YouTuber. She gained popularity in 2019 as she reached two million followers. She started being an influencer in 2014. Olivia is one of the most controversial members in the “Dancing with the Stars” and she even received hateful comments from the people as well.

Olivia was born on 28th September 1999 and her parents are Lori Loughlin and Mossimo Giannulli. She was born into a Christian family and her mother is an actress and her father is a fashion designer. Jade has an older sister Isabella and she has a half-brother Giannia. She attended high school in Los Angeles. The high school she studied in is Marymount High School. Olivia did her junior school from two schools. She studied in John Tomas Dye School from kindergarten till sixth grade. After that, she studied at Marlborough School till ninth and did her university at the  University of Southern California.

From the very beginning of her early childhood, she was interested in extracurricular activities. She started her career as an influencer in 2014 that was when she was in high school. She generally makes videos on makeup, fashion and she also makes daily vlogs. Jade loves documenting her life and putting it out there for people to learn and get influenced. She started gaining a lot of fame and popularity after 2019. She started signing deals with big brands like Amazon, Sephora, Tresemme, and Princess Polly in 2014. In 2018 she tried to trademark her brand Olivia Jade Beauty and Olivia Jade but her application did not get accepted due to poor punctuation.

In her YouTube videos, she talks about friendships, relationships, and other personal life. Olivia got into a car accident her car caught fire when she was shooting herself singing Stevie Wonder’s song “Signed, Sealed, Delivered I am yours. Olivia faced backlash again in March 2019 after her parents were arrested for giving illegal donations for college for her and her sister. They paid dollar five lakh. She also appeared in the 2016 episode of the show Tap that Awesome App, competing for a price of US dollar five thousand. She also competing in season 30 of ABS’s Dancing with the Stars in 2021.

Olivia is a social media influencer hence has a huge following on Instagram and well youtube. On youtube, she has 1.83 million followers as of 2021. She also has a vlog channel. On Instagram, she has 1.3 million followers and her insta handle is @oliviajade snd she has a verified account on Instagram. She also has a Snapchat and tiktok account. She joined tiktok recently as this app gained popularity in recent times.

She was in a relationship with Jackson Guthy but she sadly broke up with him in April 2019. Currently, she is not single. She is dating someone but she likes to keep that part of her life private and free from judgments. As she is a famous personality she gets a lot of comments relating to her relationship so she has kept it silent.

She was born with a golden spoon thus most of her wealth came from her youtube and Instagram. She is a full-time lifestyle influencer. At present, her net worth is estimated at around $2 million. It took her a lot of time and hard work to earn this amount because as an influencer you only start getting brand deals after you have a certain number of followers.