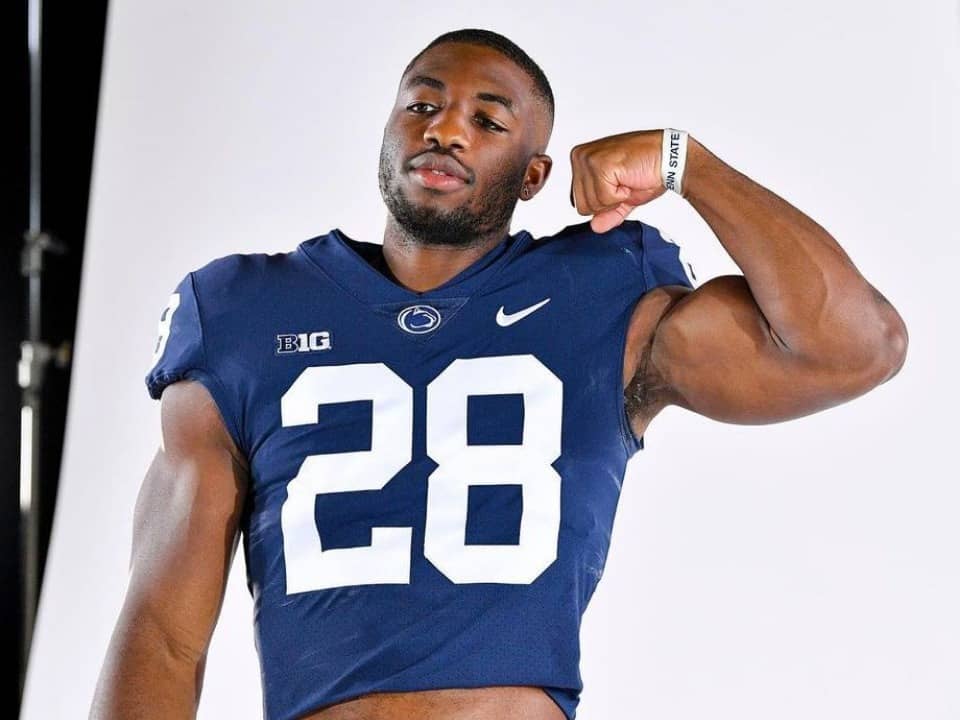 Odafe Oweh is a rookie American outside linebacker footballer who currently plays for the team Baltimore Ravens of the National Football League. He has been playing football for many years and after a good college career, finally stepped into the professional world.

Odafe Jayson oweh is his full name and before he was only known as Jayson because people could not pronounce his first name. He was born on the 15th December 1998 in Hackensack, New Jersey. Both his parents are from Nigeria. His father is Henry and his mother is Tania. A few years after they got married they moved to the United States and Odafe was born there.

Both his parents own a medical supply store in the United States. He has a close bond with his family. He has three siblings one sister named Natasha and two brothers named Kaylen and Otega. The school he attended was Blair Acadamey and later went to Pennsylvania State University and he did his major in communication arts and sciences.

Oweh started playing football since his a really early age. He loved playing football so he was taught of taking it one step ahead and turning his hobby into his career. In his school Blair Academy, he played football for his school team. Slowly with time, his skill of playing and tactics improved. During his senior year, he made a record of 60 tackles with ten TFL and thirteen sacks. After his school was over in university also he joined his university football team. In his first year in university, he played four games and scored three tackles including two sacks. During his second year, he played thirteen games and was able to score five sacks and twenty-one tackles.

In total, he recorded thirty-eight tackles and in six tackles he had a loss in the 2020 season. He made a good college career which helped him declare his name for the 2021 NFL Draft. When the draft took place he was selected 31st overall in the first round by the Baltimore Ravens. While he was playing for Baltimore Ravens he got the opportunity to play with some talented football players like Rashod Bateman, Marquise Brown, Lamar Jackson, and many more. He got his first career game against Clyde Edwards- Helaire and his second career game against Kansas City Chiefs.

Odafe is currently not dating anyone and he is not married and does not have any children. He is happily single at present. He is spending most of his time focusing on his career and his family. Even on social media platforms, his feed is full of pictures from his game and practice sessions. Right now he is happy not being in a relationship when he is ready he will surely date.

Odafe Oweh is currently living a good and lavish lifestyle and he is earning a good amount from his college football career. His net worth numbers are growing with every passing year as he is excelling in his career. Currently, his net worth is dollar three million. His income will increase as now he has been drafted in the Baltimore Ravens.