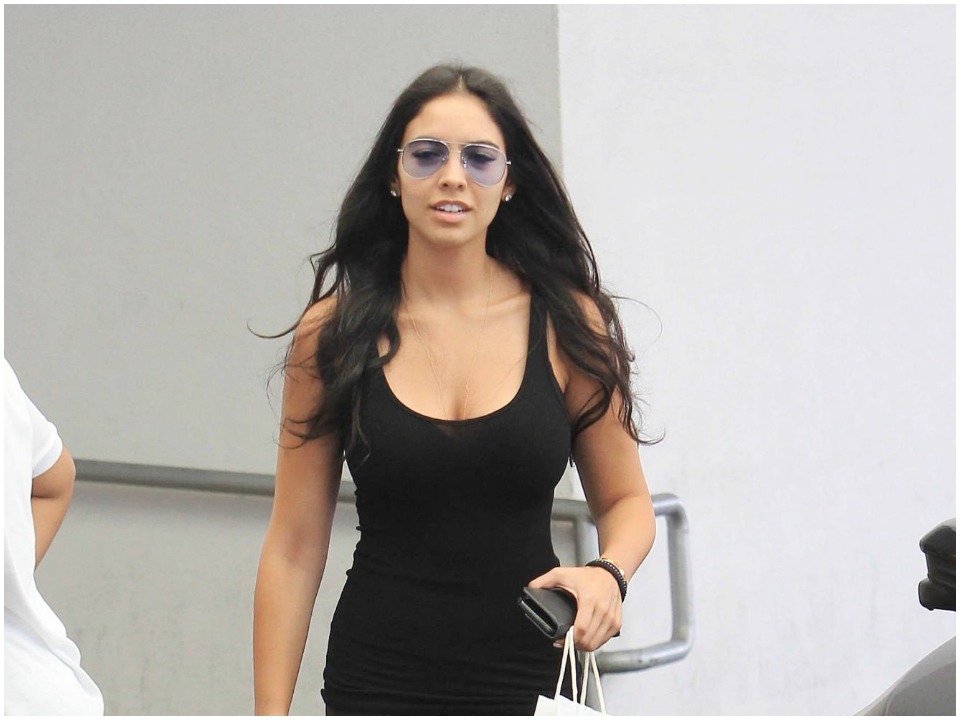 Noor Alfallah is an American personality who was known to be born in California and is famous for being a film producer, actress, celebrity partner, media face, and entrepreneur. She is just 28 years old and often remains in the news because of her linkups with billionaires or millionaire people. She is a California-born personality and once hit the internet because of her romantic connection with the English singer Mick Jagger.

Noor Alfallah, who shares mixed ethnicity as her father is from Kuwait and her mother is from the U.S., possesses an impressive background in the field of the entertainment industry. Noor has obtained her education with a background in TV and movies. Despite so many rumors about her on social media and the internet, she has received her college degrees successfully. She went to the University of Southern California’s School of Cinematic Arts and later received her higher education (known to be a master’s) in Film and TV production from UCLA. Noor’s father’s name is Falah N. Al-Falah and her mother’s name is Alana Alafallah, who is an entrepreneur by profession. She was brought up by her loving and caring parents and along with her two sisters and one brother.

According to the information on Page Six, Noor comes from the background of a “family with money”. However, she has successfully developed her career in the entertainment industry and has also worked as a producer for one of the short films of 2019 called La Petite Mort. Despite this, Noor has worked as executive producer for one of the 2018 TV short programs called Brosa Nostra. Once, she got herself listed as a staff member of the Lynda Obst Productions, possessing the credits of making the films like Interstellar and How To Lose A Guy In 10 Days.

Not only this, but Noor has worked with her sisters too. She is often spotted sharing closeness with her sisters. She shared plenty of her pictures with one of her sisters named Remi and another younger sister named Sophia. Noor’s one sister named Remi is involved in the entertainment business and with whom she collaborated back in the past on the making of Brosa Nostra. Remi (According to her short bio on IMDb) is an assistant to the show “Saturday Night Live” where she heads Lorne Michaels. Other than the short TV program Brosa Nostra (released in 2018), the two sisters signed a deal over the making of a pod with Imagine Entertainment in September 2021.

On 9th April 2022, Noor Alfallah was spotted by the media cameras while dating and spending quality time together with one of the iconic actors Al Pacino. Noor, who is 28 years old, has been seen celebrating the opening of new gallery art alongside the 81-year-old godfather star, Al Pacino. While the information is quite blurry over the commitment of the relationship of both the personalities, it is confirmed that the two have shared intimacy. A long time before dating Al, Noor got hitched by her new linkup and the Rolling Stones frontman named Mick Jagger, who was then 78. The pair dated each other from 2017 to 2018. However, the pair gained the spotlight and were rumored to be dating each other when Mick’s then-girlfriend Melanie Hamrick was pregnant with Mick’s child.

Not only Mick and Al, but Noor has also dated many other high-profile personalities because of which she often remains in the rumors/news. Despite this, she was romantically linked up with Nicolas Berggruen, the billionaire and US-based philanthropist and investor. During the time Nicolas and Noor were dating each other, for a brief period, there were rumors that Noor had been dating another man in her life, probably Clint Eastwood, as the pair were spotted together on a dinner date in 2019. Despite the rumors, Noor soon shut them down quickly and came in front of the media revealing that she is not in a relationship or dating Clint. She enlightened the media and said that they have been family friends only and nothing else.

No doubt, Noor Alfallah shares a good income with her family, friends, and rumored boyfriends. She is often seen having dinner dates with many high-profile personalities in Hollywood and even businessmen or investors. For the moment, Noor’s estimated net worth is depicted to be somewhere $3 million.