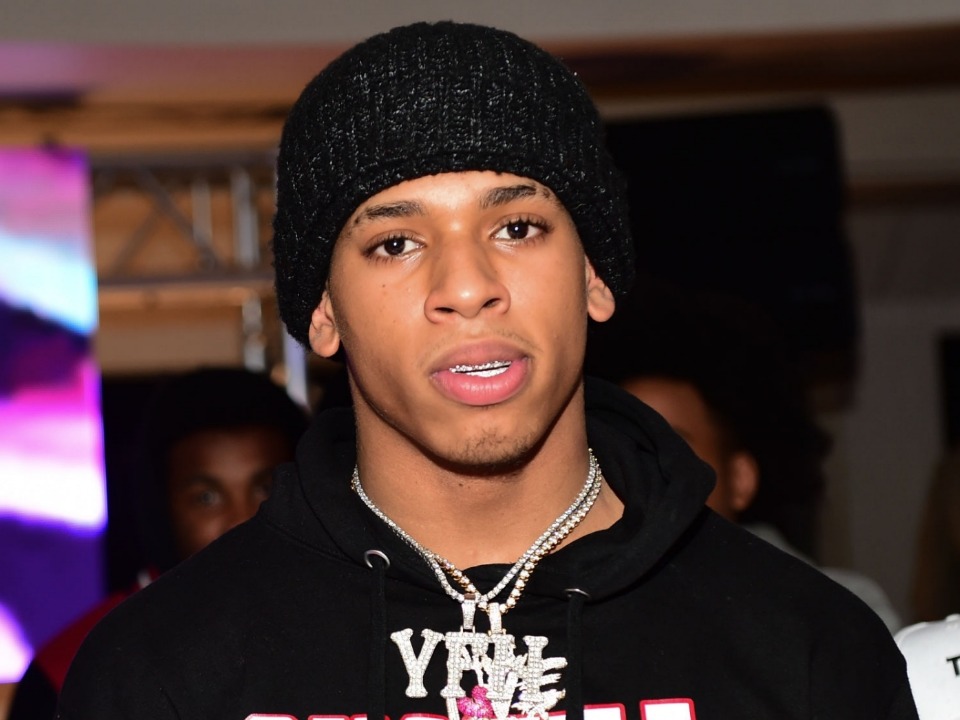 NLE Choppa is a young American rapper and musician who is famous for his songs. He gained world recognition after he released his new single named “Shotta Flow” in 2019 which was also certified platinum by the RIAA and peaked 36 at the Billboard Hot 100.

NLE Choppa, formerly known as YNR Choppa was born on November 1, 2002, in Memphis, Tennessee, the USA as Bryson Lashun Potts. He is the son of Angela Potts who is Jamaican and his father is Nigerian. He has never revealed the name of his father and his siblings. As a student, NLE attended Cordova High School from where he graduated. After his High School Education, he has never mentioned the University he attended or has not revealed the name of his college. He once mentioned that he was an athletic high school student.

NLE made his music debut in February 2018, after which he was seen in “No Chorus Pt. 3” which is a cypher style song released in December the same year.  As he already became popular, he then released his single “Shotta Flow” which received 10 million views on YouTube in just a month of its release. After a few days of its release, Pitchfork highlighted it as the Song of the Day. In May 2019, the song entered the Billboard 100 Chart debuting at 96 and later reached the peak at number 36.

In February, he released the song’s sequel and named it “Shotta Flow 2” which received 20 million views within 2 months of its release. Carl Lamarre from Billboard also said that his recent dominance has silenced any detractors. He received many offers from different companies and agencies to join them but NLE rejected to sign the contract as he wanted to be an independent singer. Later in March, he released his new single called “Capo” and also, he was featured on Birdman and Juvenile’s song called “Dreams.” In April 2019, he released a new single called “Birdboy” which was produced by SGULL.

In May, in order to pay tribute to his favorite childhood singer Lil Wayne, he released a new single titled “Blocc Is Hott.” On September 13, 2019, he released a song named “Camelot” which peaked at number 37 in the US becoming his second hit after Shotta Flow. NLE released the fifth sequel of Shotta Flow and released a single “Narrow Road” on July 30, 2020, which featured Lil Wayne whose music video was posted on October 23 which received 22 million views. His new project “From Dark to Light” which he announced on October 15, was released on November 1, his birthday.

On March 2021, he was arrested for burglary, drug, and weapon charges for which he stated that all the charges were fake and they were created just to defame him. After that, he released a freestyle called “First Day Out” over the viral beat of Spotem Gottem’s Beat Box. In August 2020, NLE announced that he would be releasing Shotta Flow 6 which will feature Lil Wayne, and also stated that he will make Walk Em Down 2 which would feature Lil Durk.

In the recent controversy, we could find that Choppa and his crew members were involved in a fight on a beach in Venice. The video was captured by a social media influencer Pooja Bawa who was present there. In the video, it is clearly seen that NLE and his crew member were arguing with two men on electric bikes were one of the men stood up and took off his bag pack which seemingly prompted NLE’s crew to attack him. As a response, Choppa tweeted that it was not a big deal for him to get involved in such fights. And that fight was about the fan asking for pictures and he rejected as he was there enjoying himself and as a result, he was called scary and a bitch.

Though NLE is too young to have children, he dated his girlfriend Mariah with whom he gave birth to a baby girl named Clover Brylie Potts who was born in June 2020. The couple broke up before the birth of their daughter as NLE wanted to have a son and asked her to abort the baby. Mariah also mentioned that he tried to shoot her once but missed.

NLE also mentioned that he once dated a 46-year-old woman when he was just 16. Currently, he is dating a girl named Young Blasian who is a social media influencer and a businesswoman also CEO of the famous eyelash brand “Winks By Blasian.”

As NLE is a rising star, he earns from his music career as a rapper. As he has risen to fame and is famous at such a young age, he earns an estimated net worth of $ 3 million USD. His breakthrough song “Shotta Flow” played the most important role in his life which made him overnight stardom. He is expected to earn more after the release of the sixth sequel of Shotta Flow.